Ostriches like to eat fingers. Seriously! Just ask my daughter. 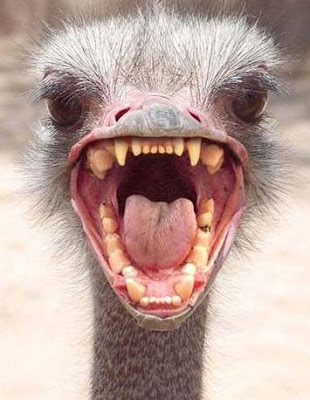 A few years ago the family headed up the road to Zion National Park. Our kids begged to stop and look at an ostrich farm along the way. We agreed, though we regretted that decision after the trauma that ensued.

We bought a little bag of food that spectators can throw through the fence for the ostriches to eat. The kids were ecstatic to have this opportunity. We quickly realized the folly of our purchase.

Those ostriches were so completely ugly! They looked like God's practical joke on the animal kingdom. The children were as happy as could be, ostrich food was flying everywhere, smiles were pasted on faces, and life was simply magical. But then......

Fortunately, no blood was spilled. No fingernails were lost. And we realized that it is incredibly difficult to appear sympathetic when you are laughing. The ostrich owner witnessed the brutality and brought Danica an ostrich feather. Apparently ostrich feathers have magical healing powers because she quickly stopped crying. So let this be a lesson to you kids. Don't feed your fingers to ostriches. 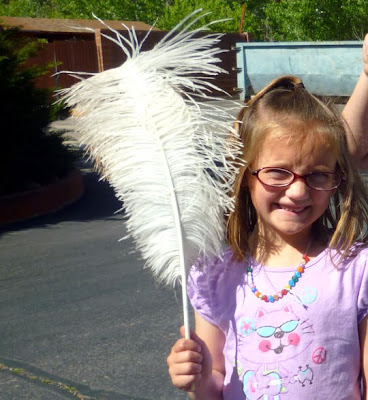 For all of you who are brave enough to see how much ostriches love to eat humans, check out this highly funny video: