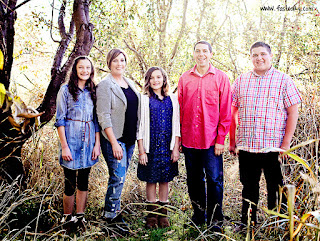 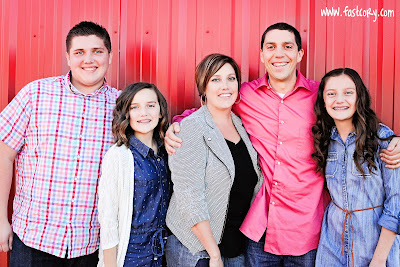 In some ways our year has provided lots of teaching moments. (Which is a nice way of saying we’ve had our share of crappy stuff.) We’ve had some sickness, Mel’s dad died a few months ago, and we had the challenge of Mel being in graduate school. But we have also had so many amazing experiences and have been blessed far beyond what we deserve. Here is an update on the fam:

Kylee is in 7th grade and a proud member of the yearbook class. She knows every word of every horrible song on the pop radio station. (I am one Justin Bieber song away from a mental institution.) She loves playing with our poodle Jack and our Great Dane, Little Debbie (who I’m convinced is possessed by an evil demon.) An experience I’ll always cherish was taking her for her first visit to the Grand Canyon. We told ghost stories at night, ate junk food, and laughed all weekend. She reached the adolescent rite of passage and got braces this year. She loves them as much as I love Justin Bieber music.

Danica is in 8th grade. Every cell of her body is filled with Christmas spirit and at all times she is singing Christmas songs or working on Christmas projects. She stays busy with piano lessons and took dance lessons culminating with an awesome dance recital. She is a natural on the stage. A highlight of her year was a trip to Best Friends Animal Sanctuary to volunteer working with the dogs. If it were up to her, we would have come home with seven extra members of the family. If it were up to me, we would have taken Satan, I mean Little Debbie to Best Friends to add to their census.

Jackson is in 10th grade. Much to our horror, Jackson continues to get older and now qualifies for a Learner’s Permit to drive. Consequently, I now have permanent white knuckles and a need for blood pressure medication. This year he has gone to a Packer’s football game and a Cubs spring training game where you are charged $12 for two small cups of lemonade. He plays the piano for the church choir, played on the JV tennis team, and even managed to contract Whooping Cough this year. What is this? The 1800’s? A highlight for him (and undoubtedly myself as well) was going to our first Bruce Springsteen concert in Phoenix. I swear to you – if you are a good human being and go to heaven, when you die, there will be a Springsteen concert every afternoon. (The concert is across the street from the Ben & Jerry’s buffet.)

Melanie is a super star. After two and a half years of blood, sweat, and tears, she FINALLY finished graduate school as a Nurse Practitioner! I can’t describe what a challenge this was (especially while continuing to work full time). She continues to work for Intermountain Healthcare in the Surgical Assessment Center. She oversaw a remodel of our backyard, was active in a local parenting class, and went on a trip to Mexico with her sisters to celebrate her graduation. She has a new-found love of Christmas lights and our house is a year or two away from rivaling Clark Griswold’s house on National Lampoon’s Christmas Vacation.

I continue to work as a social worker for the University of Utah Dialysis Program. I’ve loved working as a columnist for UltraRunning Magazine this year and was featured on the cover of the magazine with a jumping picture in front of a full moon. I released my first book called “Nowhere Near First – Ultramarathon Adventures From The Back Of The Pack” which can be found on Amazon and Kindle. The highlight of my year was finishing the Badwater 135 – a 135 mile race through Death Valley in July. National Geographic rated it the “hardest foot race in the world” and I discovered that they weren’t exaggerating. Thankfully I managed to avoid going to that ice cream buffet and Springsteen concert in the sky. (I didn’t manage to avoid giving birth to blisters large enough to have an umbilical cord…and throwing up on my feet.) You can see the race report HERE.

One cool experience this year was a trip to Salt Lake to see a concert by NeedToBreathe and Mat Kearney. We saw half of the concert but then the show got rained out. On the way home the next day I half-jokingly said to Mel “We could just drive to Denver to see their show tomorrow.” I was stunned when she said “Okay, let’s do it.” So we took the next freeway exit and headed for Denver! It was so fun to do a 100% completely spontaneous trip. I’m certain this will be an adventure we never forget.

Here are a few journal entries from the year:

May 12 - Monday afternoon I took the kids to an orthodontist appointment, then we stopped at Target to get some birthday presents for Mel. On the way home the kids accepted my challenge to drive all the way home with the heater on to experience a little bit of what I’m doing for heat training. It was funny to see their red faces sweating but they did great. Of course we stopped at Maverik afterward to buy some Icees.

July 4 - In the evening everyone came over to our house to watch the fireworks. The day before, I educated the girls about Neil Diamond’s song “America” and how it is required music for ANY firework show. As the fireworks were going, Kylee ran inside and grabbed the speakers and we blasted America for the whole neighborhood to hear as the grand finale of fireworks burst across the sky. For the rest of my life, whenever I hear that song, I will think back on this moment and smile.

July 6 - The thing that stood out to me most during Mel’s dad’s funeral was Renee’s talk. She read a few letters that he had written her about how much he loved his family, how much he loved when he would hear their voices on the phone, and how much he loved being able to give his girls hugs. That was powerful for me. I know when my kids are grown and gone, I will feel the same exact way. Their absence will leave a void in my heart and I know I will miss my kids so, so much when they move on with their own lives. It renewed my desire to truly take advantage of each moment I have and not take this time with them for granted. I love my family so much that it can’t be put into words. Each of them is so special to me. Undoubtedly my greatest blessings in life are Melanie, Jackson, Danica, and Kylee. If everything else were taken away but I still had them I would be happy.

August 18 - Dani and I have gotten into a pretty funny nightly routine. I pin her down and tickle her collar bone. (I have a strong suspicion that this hurts more than tickles, but she laughs.) We call it The Lobster. But whenever I do it, she tries to bite me with her braces. She calls it The Shark. So last night I was chasing her around doing The Lobster and she would fight back with The Shark. She said “I’m going to start calling you Bait because you’re going to be shark bait.”

September 2 - Lots of awesome news since the last post. On the Tuesday after we got home from Park City Mel took her boards…….AND PASSED!!!!!!!!!!!!!!!!!!!!!!!!!!!!!!!!!!!!!!!!!!!!! I can’t even begin to describe what a monumental relief this was for our whole family. I am so proud of her. I can’t believe that 2.5 year journey is finally over. The next night I called on my way home and said “What you doing?” She said she was making dinner. She was making dinner! She hasn’t done that hardly at all for a few years. Then that night we took the dogs on a trail run. And she sat in her bed and watched Netflix instead of doing homework. It was wonderful.

September 20 - On Thursday the 8th I went over to Matt’s house to do a Facebook Live interview for Ultra Adventures. I told him that interviews where people are just sitting there can get boring. I suggested that to keep it interesting, we should be sitting there eating Twinkies. When I got there, Matt said “I think it might be kind of funny if just you are sitting here eating Twinkies.” I thought that would be pretty funny, so during the 16 minute interview I ate 7 Twinkies. This won’t come as much of a shock, but afterward I felt completely horrible. HORRIBLE. All I wanted was to be able to throw up and get that nastiness out of me. But I couldn’t throw up! I figured I still had three Twinkies left in the box, and if I ate those, SURELY I would throw up.

So I ate those three Twinkies……BUT COULDN’T THROW UP!!! Ahhhh! The rest of the night I felt absolutely horrific. My head was tingly. I ate around 160 grams of sugar! Oh. My. Gosh. It’s been quite a while since I’ve felt that sick. I will probably never eat another Twinkie again.

We are so thankful for everything Heavenly Father has blessed us with. Our challenges have helped us grow. (More specifically, that Twinkie challenge helped my waist size grow.) We are thankful for the love of family and friends. We hope you have happy holidays, a merry Christmas, and a positively epic 2017! 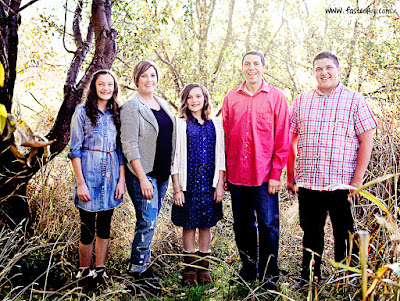