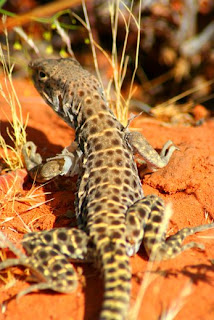 In the evening after gorging at a family barbecue I headed out for 8 miles. It was pretty warm outside and the run wasn't what some might call "enjoyable".
Tuesday, May 26th 2009: 5 miles in 57 minutes. I woke up early and intentionally went very slow because I didn't want to risk hurting myself after just running 8 miles the night before. I didn't take my mp3 player and just thought about each of my family members, and some of the things that I could improve on to be a better husband and dad.
Wednesday, May 27th 2009: 2 miles with Kylee. My four year old Kylee likes to run. She's fast and has what seems like a lot of endurance for a 4 year old. We walked about half the time but had a lot of fun together.
Thursday, May 28th 2009: 4 miles in 36 minutes at track. I met the running group gang at the high school but didn't work on speed because I was sore from a few days before.
Friday, May 29th 2009: Rest. Watched the Lakers move on to the NBA finals. Grrr.
Saturday, May 30th 2009: 15 miles in 2 hours 47 minutes. Mel and I headed out at 5:00am. She is registered for the Bryce Canyon Half Marathon in July and has been really diligent about training. I really admire the effort she has put in, and it's fun to go with her on runs when we're able.
We ran the first 5 miles together and took it easy, running about a 12:30 pace. We separated at that point and I was feeling good. My route included about 3 miles on a really rough dirt road with hills and my feet did not appreciate the pounding.
Last night I set a Snickers bar at the half-way point, partly to give me something to look forward to, and partly to give some extra fuel for the last half of the run. When I got there, my water bottle was there BUT THE SNICKERS WAS GONE!!!! Oh, I was mad. I wanted to make key chains of whatever rabbit jacked my candy bar.
Later in the run I met two enormous white dogs and an enormous black dog who thought it was funny to taunt me. I wasn't in the mood to be bit my those annoying creatures. It's a good thing I didn't have Uncle Mace with me. 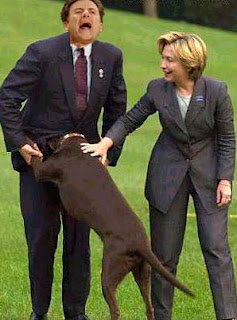 I went slow enough during the run that by mile 14 I was still feeling okay. Of course I was sore and tired and hurting, but it wasn't excruciating. I went fast the last mile and finished strong. While I'm not going to beat any speed records, the slower pace seems to work much better for my body on the longer runs. And I had no bite marks as souvenirs from the run.
Posted by Cory Reese at 10:03 AM