Monday, June 8th 2009: 3 miles in 25 minutes 23 seconds. I pushed on this run and did a shorter distance but faster pace, and finished with an average 8:28 per mile pace. Mercy. It hurt. I hope this rumor about how speed training improves pace isn't an ugly conspiracy to make runners suffer.

Tuesday, June 9th 2009: 6 miles in 58 minutes. I wasn't tremendously thrilled to go out and do an early pre-work run after the previous night's speed run. Surprisingly I think my body is starting to get used to the early morning outings. 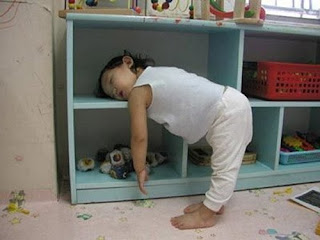 Thursday, June 11th 2009: 16 miles in 2 hours 49 minutes. Mel and I headed out for our long run at an inhumane 4:30am. I ran the first 4 miles with Mel who did 8 that day (Good job Mel!). I ran slower the first half to conserve my energy. Great news - my Snickers bar was waiting at the half way point. I found out that after running 8 miles, a Snickers bar isn't too appealing. Hmm.

I was feeling okay at mile 12 so I sped up and finished the last 4 miles strong. It's a much better feeling to end a run with a strong finish than to drag yourself to the end. I was really happy that I ended with an average 10:36 per mile pace.

It is truly inconceivable that I ran 16 miles. I would have never, ever believed you if you told me a year ago that I would do this. I had perfected my excuses that I wasn't a runner and never would be. My excuses included:


Trust me, I was a staunch member of the "I Could Never Be A Runner" group. But after starting very slowly, building very slowly, pushing my body just a little farther, lots of stretching, and not giving up when it got hard, I am now a believer. I am convinced that if I can do it, anyone can. I promised myself I wasn't going to cry. Where are the Kleenix?

Friday, June 12th 2009: Spent the day at Canyonlands National Park and biking around Arches with Mel and Jackson. We spent the weekend at Moab (visit coryreese.blogspot.com for pictures coming soon).