Monday, June 30th 2009: 30 minutes on exercise bike.
Tuesday, June 31st 2009: 4 miles in 35 minutes. I went on a dirt road that had some pretty good hills. By the time I got home my body was sweating like it was going out of style.
Wednesday, July 1st 2009: 4 miles. Mel wanted to get a run in but we didn't have a chance until 10:30pm. It was still ghastly hot outside so we ran the first two miles, but then decided we didn't want to be on a run anymore. We wanted to be on a walk.
Thursday, July 2nd 2009: Rest. And got some new shoes! My first pair of shoes crossed the 400 mile mark which is the recommended usage. The Saucony Guide seemed to work well the first time so that's what I got again. I'm not a fan of the $95 price tag, but I figure it's still cheaper than a gym membership. 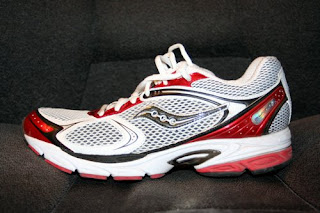 Friday, July 3rd 2009: 18 miles in 3 hours 4 minutes (+1 mile cooldown). Ever since I started running, I planned to run home from work as one of my long runs. Finally Friday was the day.
I work at the dialysis center in St. George across the street from the hospital, so my route home would take me through 3 cities (St. George, Washington, and Hurricane) and cover some ginormous hills. I brought my water belt, and set water at the 5, 10, and 15 mile mark to refill.

I started the run in St. George at 4:30am, and the temperature was already 77 DEGREES!! Ugh. I started sweating my guts out by mile 2. All in all, I was feeling okay for the first 5 or 6 miles. Then I reached the hill going up to Coral Canyon. Mercy, that's a big one. I took a few walk breaks up the hill and just went slow.

Eventually I reached SR-9: the busy road that leads from Hurricane to the freeway. Initially I was a little worried about running on such a busy road. But by mile 10 I wouldn't have had my feelings hurt if a car accidentally swerved and put me out of my misery.

The sun came up making it even hotter and I felt like I lost track of time. Is it 7:30am? Maybe. Is it 2:30pm? Could be. I was getting tired by mile 13. I was hot and thirsty, and decided to drink the rest of the water I had with me since there was more coming up in 2 miles.

But then something terrible happened. Suddenly I was at mile 16 and had passed the water spot! I had been so thirsty for two miles before that point that the only thing keeping me going was that water spot. And somehow I ran right past it, not realizing until a mile later! 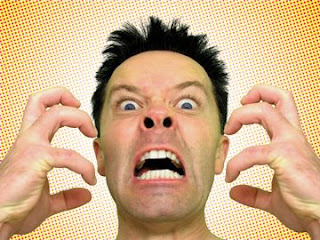 Logically, I can not conceive of how this happened. The only possibilities I can think of are:
1) I was too busy suffering to think about what was going on around me
2) I had heat exhaustion and my brain wasn't working too well, or
3) Complete and utter stupidity.

Either way, I wasn't feeling too great. Thankfully Lin's grocery store was a mile or two ahead so I stopped there to partake of cold, nectar of the Gods from their drinking fountain. I was in the store less than two minutes, but being in the air conditioning and getting some cold water helped me feel much better.

I finally made it to the 18 mile mark in 3 hours and 4 minutes with an average 10:12 pace per mile which I was happy with. According to my watch I burned around 2200 calories. And here's the kicker: Total Ascent: 1944 feet, Total Descent: 1122 feet. The uphills on the elevation map are frightening.

I can assure you I will never miss a water spot ever again.