Tuesday, April 6th 2010: 4 miles @ 9:52 per mile pace. It was a rough week for me. Every night I stayed up too late. And every morning I woke up too early to squeeze a run in before work. I hate early mornings with every cell I have. I feel like I have earned a Dairy Queen Blizzard just for dragging my stiff, rigor mortis body out of bed each day. 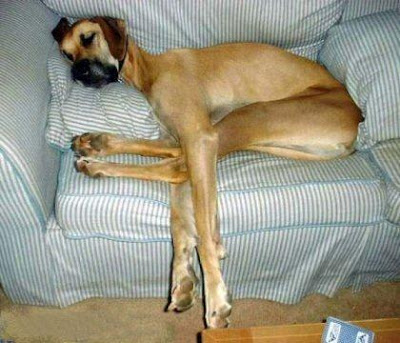 Wednesday, April 7th 2010: 13 miles @ 10:45 per mile pace. I did the usual route toward the Hurricane Airport and back. I downloaded a bunch of talks from LDS General Conference and listened to them during my run. I really enjoyed it. The talks kept my mind distracted. I felt good after the run.

But then I got clumsy. After I got home and had stretched, I was walking into the kitchen and somehow banged my knee on the door frame. There is nothing worse than a really painful self-inflicted injury. I don't know which was hurt more: my knee or my ego. Note to self: watch out for door frames. 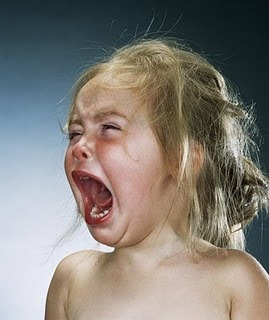 Saturday, April 10th 2010: 6.3 miles @ 9:21 per mile pace. (Not counting picture-taking time). I made my weekly visit to the Red Cliffs Desert Reserve. I did the 3rd mile in 8:32 which wasn't the greatest idea. That is too fast for my current fitness level. I wanted to barf. There were some cool flowers blooming along the trail: 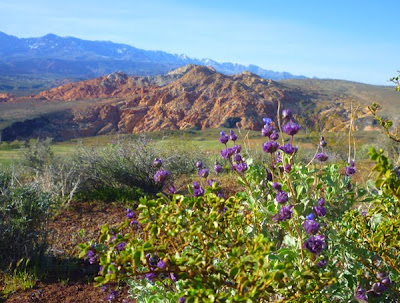 But the best part of the day happened in the morning. Jackson, along with Mel's mom Marie, Aunt Kaye, and cousin Krystal ran the Run 4 Kids 5k! Jackson and Marie ran with each other the whole time. It was so great to see them cross the finish line together. 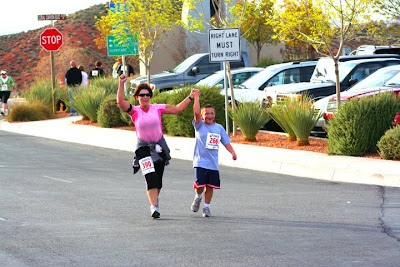 I am so proud of those guys for running the race. This was Marie's first race ever and she placed 3rd in her age group and won a medal!! I think she may be a convert to the Church Of Running. Way to go!!!!!!!

"So many people crossing the finish line of a marathon look as happy as when I won. They have tears in their eyes. This sport is full of winners."
~ Gary Muhrcke, champion of the inaugural New York City Marathon in 1970
Posted by Cory Reese at 8:48 PM