Monday, November 8th 2010: 8 miles @ 9:24 per mile pace. I had one of those rare Haley's Comet experiences where I felt so good that I ran farther than planned. I originally intended to do 6-7 miles but kept going, despite the rain which made me smell like a wet dog.

Tuesday, November 9th 2010: 7 miles @ 9:18 per mile pace. I was really hoping to have another experience like they day before when I felt so good. That didn't happen. I had a faster pace because it was insanely cold and I just wanted to get home.

Thursday, November 11th 2010: 5 miles @ 9:54 per mile pace. It was so cold and windy that I would have traded my firstborn for two Band-aids to put on my chest. If you know what I mean. While I was running I had one of those "This is the absolute stupidest hobby in the entire world!!!" moments. It was so cold that I actually even contemplated the treadmill. (Gasp!)

Friday, November 12th 2010: 3 miles @ ???? per mile pace. This run had DISASTER written all over it right from the beginning. First, my wife and I went on a date: dinner and a movie. We had a gift certificate to Outback Steakhouse that needed to be used so we went all-out. I ate:
I felt so sick I was about to burst. 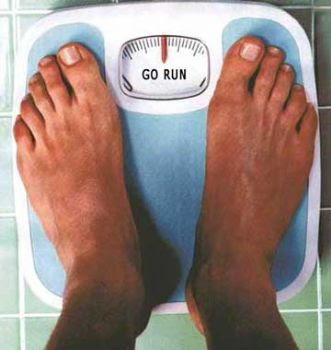 I had to do my last pre-marathon "long run" Friday night because we had stuff going all day Saturday. So we got home late from the movie, I changed clothes, then headed out. This is going to come as a shock, but....I felt miserable. I kept having Outback burps. To take my mind off my steak dinner I decided to challenge myself to take some unique night pictures. First I took this one: 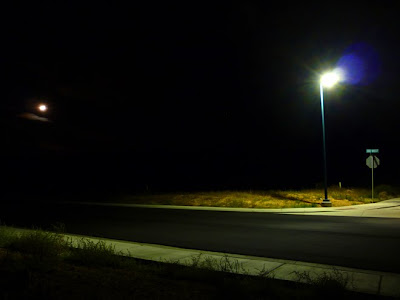 And then I took a bunch more pictures which grew progressively worse. They were just ugly. So I decided to take the ugliest picture of the night, and then get on with my run: 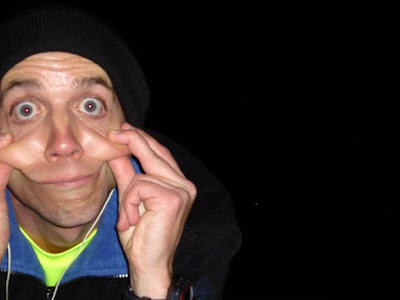 I had a lightbulb moment after running around the block for 3 miles:
"What in the world are you doing you fool?!?!? Running nine miles at 11:30 at night after just eating 19,000 calories for dinner is not going to help you ONE IOTA at the Mesquite Marathon next week. So just go home and go to bed dummy!" And so I did.

I am excited for the Mesquite Marathon next week. I drove the course a few weeks ago and was a little nervous about the uphills. I think it will be a challenging 26 miles. But then again, there is no such thing as an "easy" 26 miles.

It's unnatural for people to run around the city streets unless they are thieves or victims. It makes people nervous to see someone running. I know that when I see someone running on my street, my instincts tell me to let the dog go after him. ~Mike Royko
Posted by Cory Reese at 9:09 PM