Run 13.1 miles.
Eat a Hostess product at each aid station spaced 2 miles apart.
Use every ounce of will power available to not vomit Twinkies at mile 11.
That, my friends, is the Hostess Half Marathon.

As you can imagine, a race of this magnitude requires large quantities of Hostess. You have no idea the amount of suffering and turmoil I experienced having this much Hostess in my house and not eating ANY. 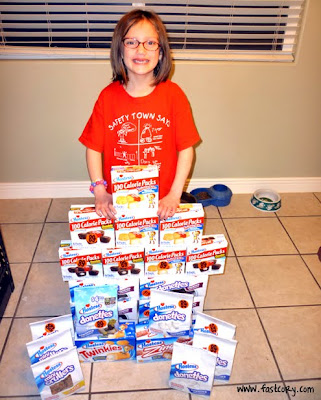 In order to make the "race" (term used very loosely) as ridiculous as possible we made some posters to put along the course: 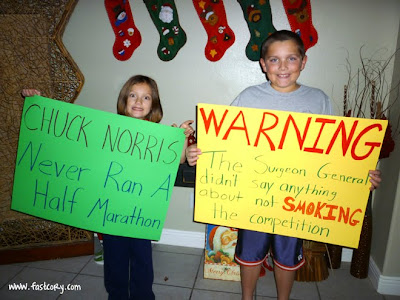 It is reasonable to estimate that this group of people consumed enough calories over the next 13 miles to feed a third-world country for a week: 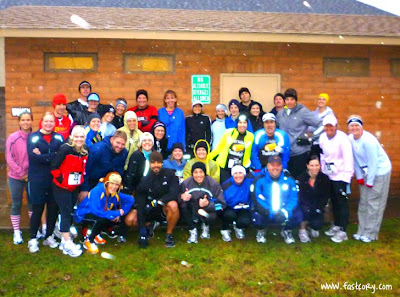 As if the race wasn't challenging enough already, it rained all day. Fortunately rain isn't much of a concern when your primary focus is to not barf cupcakes. I am thankful the barf sensation didn't hit me until the last aid station. A few stalwart volunteers manned the soggy aid stations and for that they deserve at least seven boondoggle key chains. 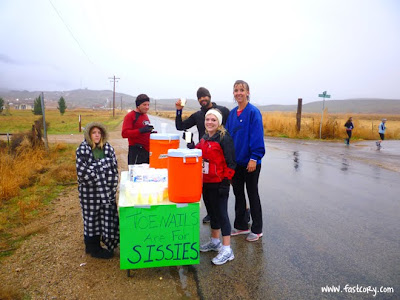 To tell you the truth, I loved eating Twinkies and donuts while running. But by far, my favorite running fuel was the mouth-watering Zinger. On the seventh day, God created the Zinger. 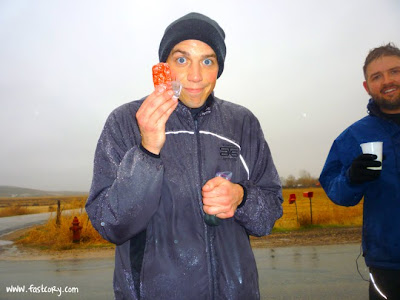 I wish I had a nickle for every motorist who drove by and gave us a look of "What in the world are you crazy psychopaths doing?" 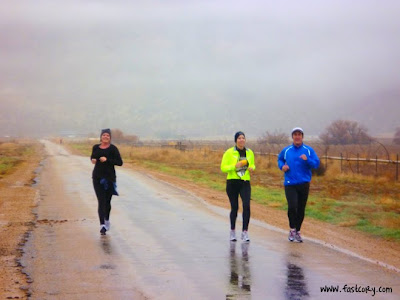 Mr. Thomas Dansie summarized the race in a haiku:
Cold rainy gray day
Warmed by sucrose overload
Glad for no vomit
And, in fact, Mr. Thomas Dansie won the race in a stunning 1 hour 37 minutes followed closely by top female finisher Ty Clark. They were moving so fast as they passed me that they were only a blur: 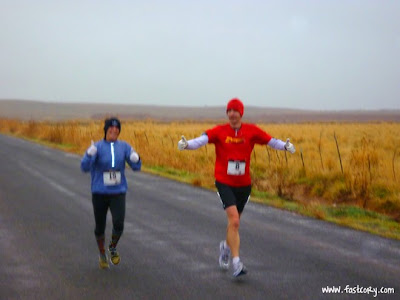 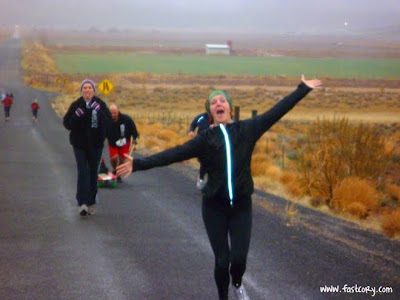 Here is a photo of me and the Mels (my wife Mel and my neighbor Mel): 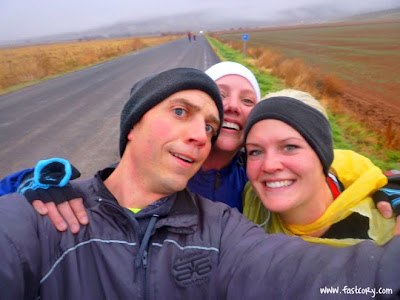 I had a blast during the race and met lots of new people. There were probably half the runners I had never met before. I thought maybe eating lots of Twinkies, etc. while running would make me sick enough to cure my addiction to Hostess. But, alas, it has not. If anything, I love it even more. 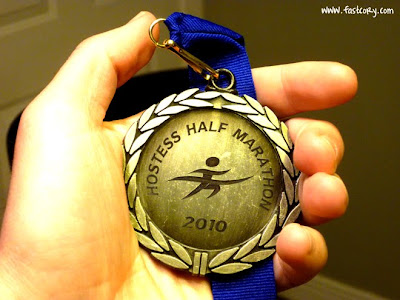