Running With A Camelbak

Important Note: The Ironman World Championship in Hawaii will be televised this coming Saturday, December 18th on CBS from 2-4pm Utah time. Even if triathlons aren't your thing, this is something you don't want to miss. CBS does an incredible job putting it together with personal stories of what people have overcome.

Monday, December 6th 2010: 4 miles @ 9:58 per mile pace. I did the usual hill route early in the morning. It was a little rainy and cold but nothing to whine about. I continued my training for the Hostess Half Marathon by eating a 6-pack of donuts.

Tuesday, December 7th 2010: 4 miles @ 9:27 per mile pace. Same as yesterday. I've been using a head lamp lately when I run which I like although it takes a little getting used to before you stop feeling like you're running in a tunnel.

Wednesday, December 8th 2010: 10 miles @ 9:53 per mile pace. Yet another flashlight-free long run! For you locals, I drove to the dirt road which leads to Diamond Ranch Academy. The weather was perfect. The scenery was perfect. The only thing that wasn't perfect was my choice of hydration: a Camelbak.

Since I'll be running more miles in the coming months I figured I should try some different options for packing water. I don't mind hand-held water bottles. I despise water belts. So the next possibility was a Camelbak (similar to carrying a 2 liter bottle in a backpack). It seemed like a promising alternative. Until I actually started running with it.

Then the dumb thing started bouncing all over the place. My neck and under my arms started to get some hard core chaffing going on. It was miserable. And I called myself bad names for my foolish decision. Here is my attempt to photograph Me + Camelbak: 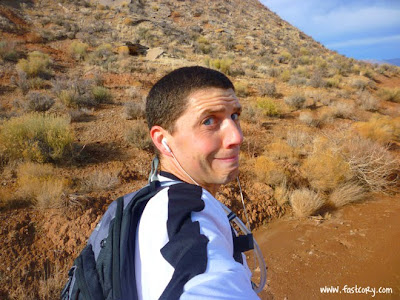 The scenery along the run was absolutely incredible. I kept thinking over and over again how lucky I was to be running in a place so beautiful which is only a few minutes away from home. 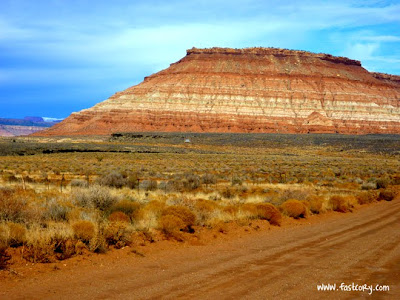 My Costco-special Camelbak had been sitting underneath my bed since approximately the time that Michael Bolton was cool. As a result, the water I put inside it tasted like it had been taken from a bathtub after just giving the dog a bath. But then.....I ate a Montana Huckleberry gel. The combination of swamp water and Montana Huckleberry tasted like a Duracell battery. 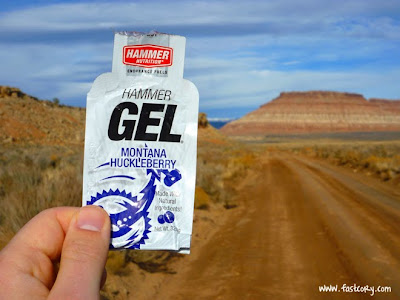 Thursday, December 9th 2010: 4 miles @ 10:33 per mile pace. I felt a little tired from yesterday's run so I did the hill route but kept a slower pace and didn't overexert myself.

Friday, December 10th 2010: Rest. I realized this week how valuable rest days will be as I build mileage. I was thankful for a day off.

Saturday, December 11th 2010: 13 miles @ 10:16 per mile pace. I just wasn't feeling it on this run. I felt sluggish the whole time and couldn't really get myself going. I've also had this little issue on the top of my right foot for a few weeks. I wouldn't call it an injury, but just an inconvenience. I'd say the official diagnosis is STT (Slightly Tweaked Tendon). Diagnosis courtesty of Dr. Reese, MD.

It was bitter cold outside. I even saw icicles hanging from some barbed wire. 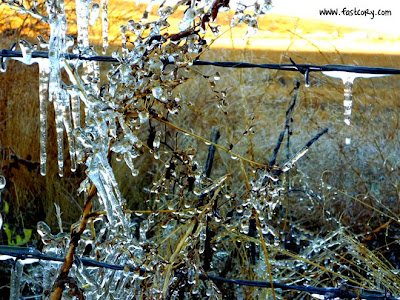 Stay tuned for next week's complete review and pictures from the Hostess Half Marathon!

"During 13 years of professional running, I never got it fully right. It's like golf. You'll never be perfect; you try to get a little better at every opportunity. That's the beauty of distance running, I think. It's a never-ending journey of trying to find out how good you can be, what I can improve on, even with my limitations. I'll never know the answer, but I'll keep looking for it."
~ Bob Kennedy, American distance runner
Posted by Cory Reese at 7:25 PM