Silence Of The Cows

Tuesday, December 21st 2010: 4 miles @ 9:57 per mile pace. Another soggy run. We had a five-day storm during which we received almost DOUBLE the amount of rain as our area averages in a whole YEAR.

I read an article in Runner’s World which mentioned a doctor makes a point of running during a “weather event” because it makes him “feel acutely alive”. I thought about that article while I was running this week. This was certainly a “weather event”.

Wednesday, December 22nd 2010: 16 miles @ 10:48 per mile pace. A spectacular thing happened Wednesday: it stopped raining for a few hours during the first part of my run. I was so thankful. But it was very windy. It made me laugh when I’d look up and see birds flying into the wind and flapping their wings like crazy but not moving anywhere. But then when the wind picked up even more, I felt like one of those birds too: hard effort but still running in place.

Afterward I was feeling pretty worn out and sore. I had about 17 seconds where I thought to myself “What in the world have I done signing up to run a 50 miler?!?!?”

Thursday, December 23rd 2010: 4 miles @ 11:20 per mile pace. This was the first time I had run with Mel in quite a while. We went later at night but probably still too soon after dinner. Ugh. That potato soup was begging to come back up. 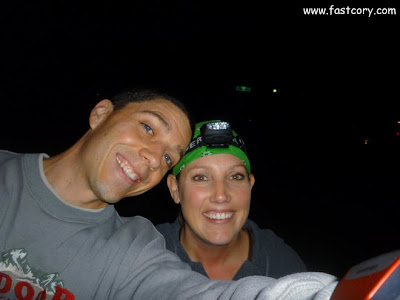 Friday, December 24th 2010: 11 miles @ 10:55 per mile pace. 11 miles seemed so much easier than 16 a few days prior. I did the first half of the run with Mel on the Arizona Strip dirt road. This was her first time here and she was slightly freaked out by all the cows. It could have been the making of a horror movie. You are happily running down a dirt road when suddenly you are surrounded by a herd of snorting, scowling cows who seem royally ticked off that so many of their family members have become Big Macs. Who needs Silence of the Lambs when you are surrounded by a group of cattle? 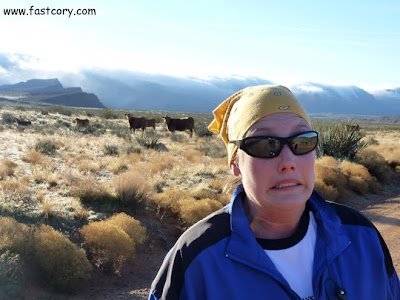 I like those close-up pictures of other people that show all their little imperfections. I didn’t realize the camera was zoomed in so closely, so I got one of those imperfection pictures of myself: 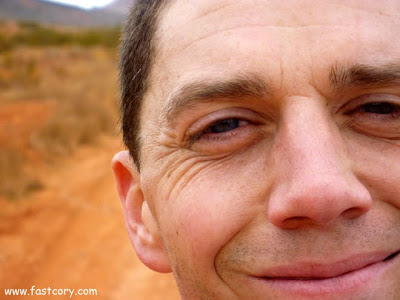 When I reached the half-way point to turn around and head back to the car I realized how far I had run. I saw the crease of the mountain where my car was parked: 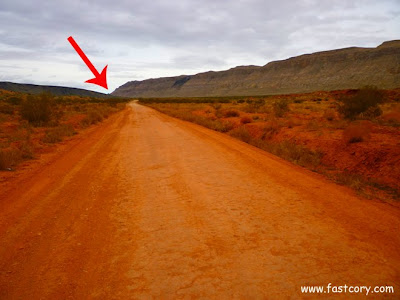 Then I zoomed as far as my camera would go. Here is the zoomed picture of where I needed to run back to: 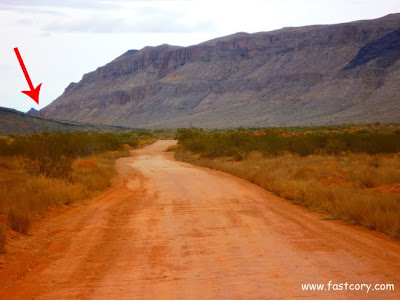 Saturday, December 25th 2010: Rest – Merry Christmas! I guarantee my 41 miles this week are still not enough to justify all the junk food I have eaten. My self-control with sugar has definite room for improvement.

"Some people follow their dreams, others hunt them down and beat them mercilessly into submission." ~ Neil Kendall
Posted by Cory Reese at 12:52 PM