Monday, January 10th 2011: 8 miles @ 9:31 minutes per mile pace. We didn't get home from the Southern California Half Marathon until after midnight Sunday night so I couldn't drag myself out of bed in the morning to run. Consequently, after working all day I came home and put the "Dad" hat on until the kids were in bed. It ended up being a late night run and was 23 degrees when I headed out. Bleh.

Tuesday, January 11th 2011: 4 miles @ 11:00 per mile pace. This was the first run I had done on my treadmill for a long time and it actually wasn't too bad. I'm thinking my mom's treadmill which I ran on a few weeks ago must be broke because that run was pure agony.

Wednesday, January 12th 2011: 22 miles @ 11:10 minutes per mile pace. I ran on the Arizona Strip dirt road. I originally hadn't planned to do my long run Wednesday, so I didn't eat very good or hydrate adequately the day before. That certainly came back to bite me. The scenery was incredible. I love running in a place I've never been before, and especially in a place most people have never seen. Pictures don't do justice to how awesome it was. 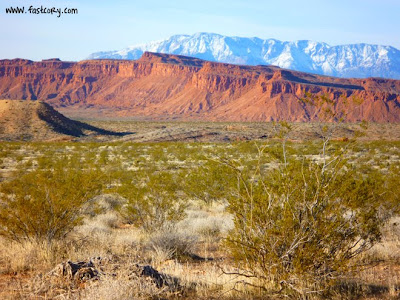 I was feeling pretty good for the first half of the run. I reached a cool river bed which had a few different paths so I made sure to mark which direction to go when I returned. 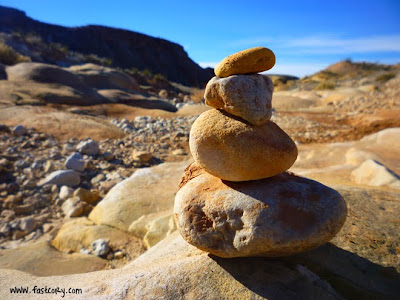 I felt a little bit (slight under-exaggeration) of panic when I reached mile 11 to turn around and head home. In the far distance I could see the mountain I was running back to which made me nervous. I was in the middle of nowhere. I was starting to feel dehydration hit and I realized that my two hand-held water bottles probably weren't enough to keep me going for 22 miles. Houston.....we have a problem. 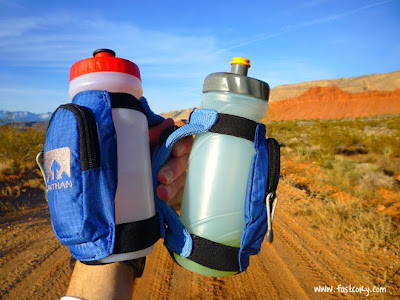 At mile 16 I hit the wall. I was surprised because it's been quite a while since I have had that feeling of complete exhaustion. My feet really hurt. I wasn't having very much fun anymore. But then I remembered a book I read recently called "RUN: The Mind-Body Method of Running By Feel" by Matt Fitzgerald. The book was EXCELLENT. It talked about how a key aspect of training is strengthening our ability to suffer. It was like a light bulb went off. The purpose of my training is to learn how to suffer and still keep going.

That is quite a profound thought. Normally us humans do whatever we can to avoid suffering. I know that certainly applies in my marathon training. I don't want to do anything that makes me too uncomfortable. But after reading the book I realized that sometimes it's okay to suffer. It's okay to be challenged. It makes us stronger. Remembering this helped me accept the fact that I was struggling and I pushed myself to keep going even though it was hard.

Pretty soon I ran into another little problem in addition to the fatigue and lack of water: it was getting dark. It became a race to beat the sunset. But in the end I lost the race.
Sunset = 1. Cory = 0. 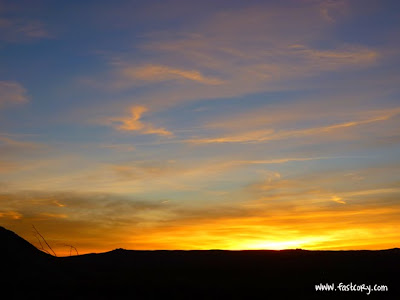 For the hard workout, I rewarded myself the same way any health-conscious runner would do: stop at Burger King on my way home. The buy-one-get-one-free chicken sandwich deal....are you kidding me? How could anyone pass up 1260 calories (literally) for $3.69? 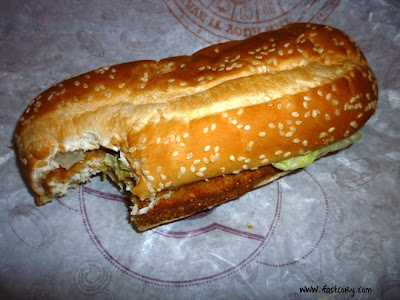 Friday, January 14th 2011: 8 miles @ 11:35 minutes per mile pace. This one was tough. My legs were (are) still pretty sore and felt like slush. I have this little tweak on the bottom of my right foot that appeared over the last few days. I hate little tweaks. I ran another mile with my little girls at the school later in the day - my favorite mile of the week.

Saturday, January 15th 2011: 10 miles @ 11:12 minutes per mile pace. I ran the first 3 miles with Mel. I was still feeling discouraged mentally and physically after Wednesday's run but I somehow had a little of my mojo return half way through this run and felt better at the end. Thank goodness.

This was a PR week for me: 53 miles this week. This is the most I have ever done in a week and the first time I have been above 50 miles. I have a hard time comprehending that I will run this far IN ONE DAY coming up March 26th. Bring. It. On.

"The battles that count aren't the ones for gold medals. The struggles within yourself - the invisible, inevitable battles inside all of us - that's where it's at."
~ Jesse Owens, American track and field athlete
Posted by Cory Reese at 3:04 PM