In the wee hours of the morning yesterday I ran 22 miles @ 11:53 minutes per mile pace. I learned a valuable lesson. When you take your camera running, it doesn't work nearly as well if the battery is still at home on the wall charging. Fail. I had to just take pictures with the phone. Booo.

I had been running for hours before the sun came up. It is slightly spooky to be out in the middle of the wilderness all by your lonesome. Gu packets make for terrible company. But running in cooler weather was pure heaven. I was thankful when the sun finally started coming up. 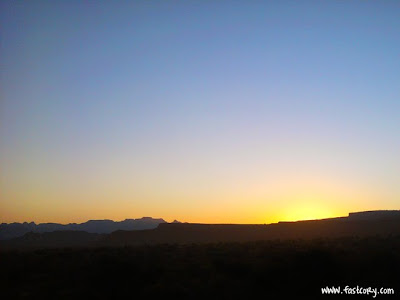 Later I saw some big muther paw prints in the dirt. I suppose they could be from a dog, but I don't think so because they were coming down from the mountain. I was so thankful that I didn't end up being breakfast for some animal. You can see how big the tracks were: 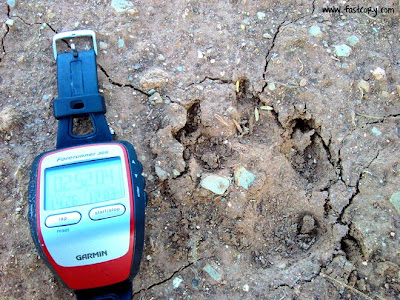 One of the wierder things I ever seen while running: an enormous pile of black feathers scattered everywhere. It looked like a flock of birds had swallowed fire crackers. But there was no sign of any dead birds. Just feathers everywhere. This is only a part of the carnage. Strange. 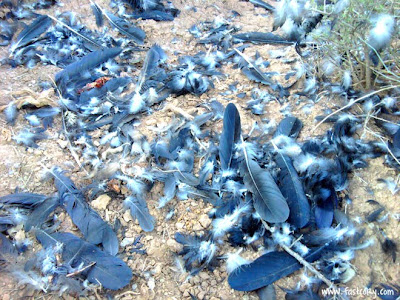 I was surprised how good I felt during the whole run. The cooler temps made such a huge difference in covering the 22 miles. Since the St. George Marathon is coming up in a few days I made sure to take it very easy and went slow enough that I never felt out of breath. I felt like I could run forever. 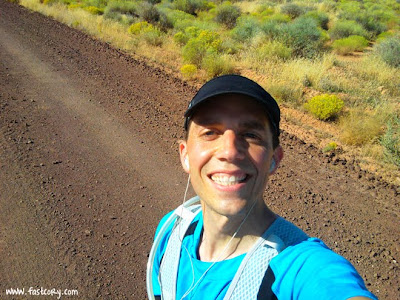 Finally, the coolest part of the whole day. I ran past a butterfly that was just sitting on the trail. I stopped and took a few pictures. I came by the same place about 30 minutes later and it was still there! I stuck my finger out and it crawled right on. It was the perfect ending to a great run. 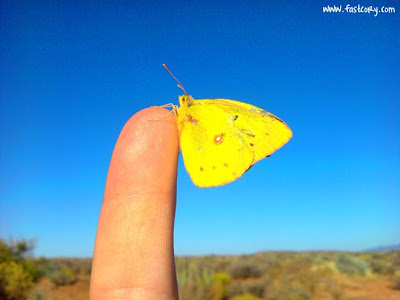