I Got A Nice Complement

I received a nice complement from my son a while ago. We were talking about how it's important to take care of our bodies and get some exercise. He said "Well, you hardly ever run."

He had no idea that I had run 60 miles that week.

I was so happy to hear his complement (which wasn't intended to be a complement). It meant that my training for a 100 miler hasn't taken away from family time. Ever since I started running I have really made an effort to not let this hobby have a negative impact on my family. Time with my family is so valuable and I want to take advantage of that.

This means making a few sacrifices.
Sacrifice #1: Sleep. I don't get quite as much sleep because almost all my running is done early in the morning or at night after kids have gone to bed. Most of the time I'm home from my run and showered before they even wake up. If it weren't for the races I do, they might not even know that I'm a runner.

Sacrifice #2: TV. Aside from watching some of the news each night I don't watch hardly any TV.

These really aren't too much of a sacrifice though. After some adjustment I can function just fine with a little less sleep. And there's not much worth watching on TV anyway.

I really believe that family should be my priority. There is no sense of accomplishment or finish line medal more important than my relationship with my wife and kids. I've found that it is possible to work a full time job, spend lots of quality time with my family, and still train for an ultramarathon. 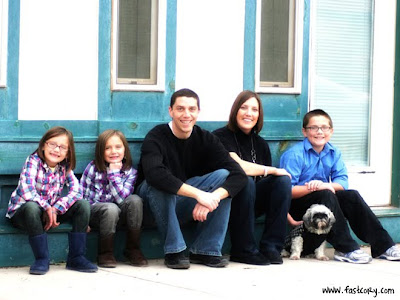