My Article in UltraRunning Magazine

I was so excited when I was asked a few months ago to write an article for UltraRunning Magazine, definitely an honor. The article was printed in this month's issue, so I thought I'd share it with you: 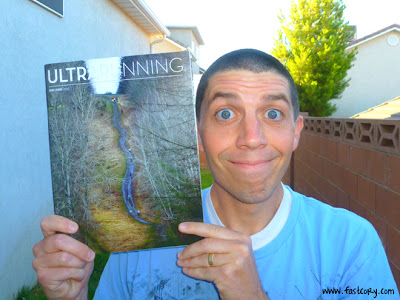 
My brother told me a funny story. He found out about this article on a flight home from Washington DC last week. He was sitting next to someone reading the magazine, and unexpectedly looked over and saw me standing there holding a Twinkie. I expect Hostess sales to skyrocket.
Posted by Cory Reese at 7:25 AM