Lots Of Jumping (And Misery) This Week

"The will to win means nothing without the will to prepare." ~ Juma Ikangaa

Tuesday, July 24th 2012: Pioneer Day 5k! This is the first (and hopefully last) time I have ever run a race in jeans and a cowboy hat. My friends Lyle Anderson and Jason Smith had equally uncomfortable clothing: 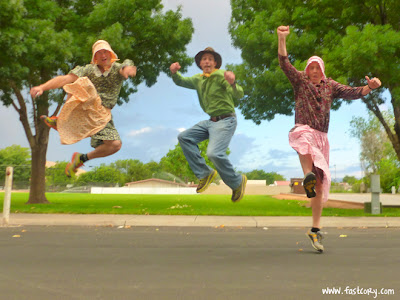 This is the first race we have ever done as a whole family. The kids were really excited about it BEFORE the race started. (AFTER the race……not so much.) Mel ran with the girls, a niece, and our friend's daughter. Only a few tears were shed over those 3.1 miles. 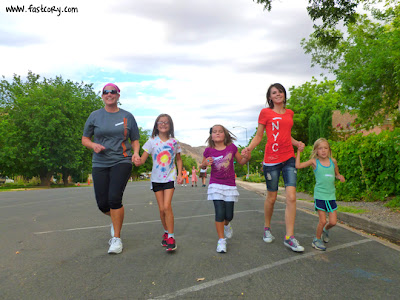 Eventually everyone found their way to the end. Jackson wanted to jump across the finish line. There were large quantities of donuts waiting for us and the kids were in heaven. It is remarkable how deep-fried trans-fat can erase the pain of three miles. 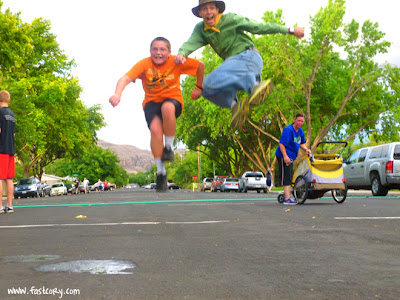 Wednesday, July 25th 2012: 24 miles @ 13:02 minutes per mile. I went to the Warner Valley dirt road for some non-technical, easy (cough, cough), fast (cough, cough) miles. But here’s a useful nugget of info: when it is 836 degrees outside and four bajillion percent humidity, there is no such thing as easy, fast miles. I knew by mile three that it was going to be a long, not-so-enjoyable run.

You know those runs where you start bargaining with yourself because it sucks so bad? “Just cut the run short and you can make up the miles tonight. Or tomorrow. Or the day after never. Plus…what is the point of this? You could be sleeping right now instead of trying not to die.” I hoped a cheesy jumping picture would get me out of my funk. (Spoiler alert: it didn’t.) 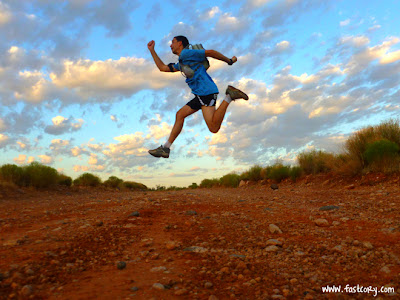 I was out in the middle of nowhere and you’ll never believe what I saw……A HUMAN! Seriously! A HUMAN! I have run hundreds of miles out here and never, ever seen another runner. I was so happy to see another person out enjoying this area that I could have hugged him. But that would have been gross. And sweaty. And slightly awkward. 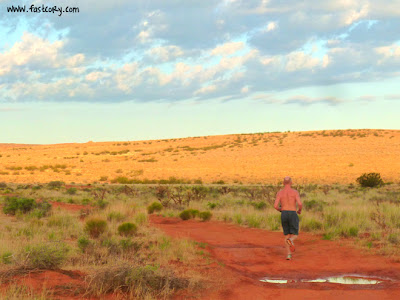 The humidity was suffocating. All you east coast runners who live with this all the time….wow. I bow down to your supreme awesomeness because if I had to run in this all the time I would find a new hobby. There were some big puddles of water that had some sweet reflections of the clouds. Check out this stick in the water. 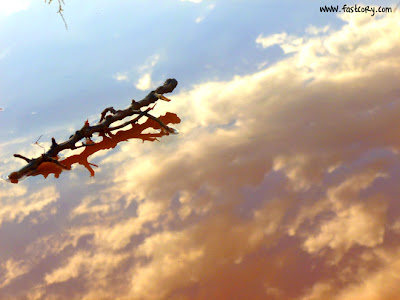 Here is my philosophy on running: Running MUST be fun. MUST. Occasionally it is okay to take one step across that line if you’re training your body to build and adapt. But this run was way, way too many steps across the “Fun” line. I’d go so far as to say it was downright miserable for all 24 miles. 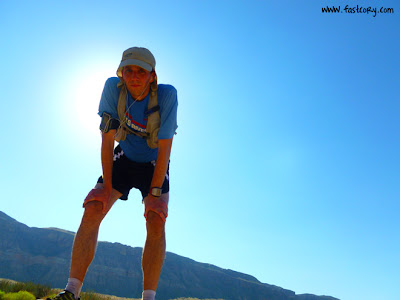 Friday, July 27th 2012: 5 miles @ 11:42 minutes per mile. I got a harsh reminder that I didn’t re-fuel and re-hydrate adequately from the 24 mile sauna run. I felt like a slug the whole time. That night I went on an hour and a half bike ride with Mel which was a lot of fun.

Saturday, July 28th 2012: 10 miles @ 13:40 minutes per mile. I took my friends Jess Jensen, and Shane and Karrie Nielson to the Guacamole Trail. The trail is challenging in some sections but the scenery is great. 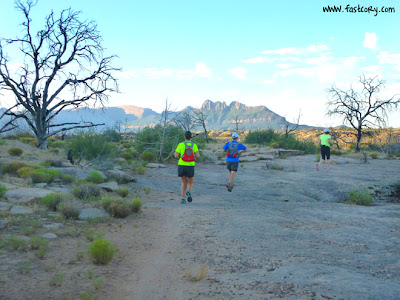 The trail involves following little rock towers which can be hard to spot. More than a few times we ended up just standing there trying to figure out where to go. It was pretty funny to watch. Even though it slowed us down, I liked how it felt more adventurous. Later the gang reached the top of this slick rock ridge:

Karrie said that in honor of the Olympics, she brought medals for whoever had the best jump in a jumping contest. I decided to go for the High School Cheerleader Reject pose. I resisted my urge to call for a re-do. 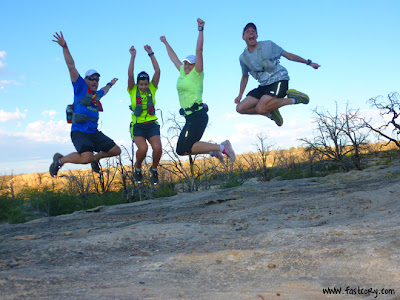 I felt good for the whole run. For better or worse, the Never-Jump-Like-This-In-Public jump earned me a medal......made out of a Hostess Cupcake! A great run is always even better when it ends with Hostess. 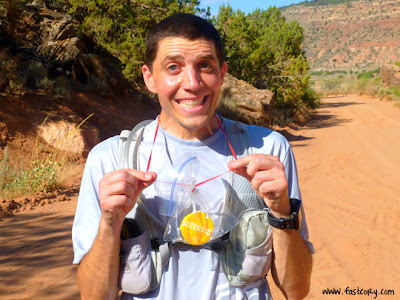 I bumped up my mileage a little bit this week because I realized that I'm close to getting 200 miles of running in a month for the first time ever. I have a few more days and a few more miles so I think I'll make it.
Posted by Cory Reese at 7:43 AM