Good news: I'm doing an impromptu 50k on Saturday! It's the Corner Canyon Ultra Trail Run in Draper, Utah. I've run some of the trails here and they were incredible. If you're in the area, it's not too late to sign up. I think it will be fun!

That night I ran another 6 miles @ 10:56 in the Red Cliffs Desert Reserve.

That last run put me at exactly 200 miles for the month, the most I've ever had. I was very happy and thankful.

Friday, August 3rd 2012: West Rim Trail in Zion National Park. This was easily the most incredible trail I've seen in Zion. I'm not sure on exact distance, I've read 16 miles up to 18.6 miles. I went with my brother-in-law Matt and his brother Rorry.

The first few miles of the trail are pretty mild with little rolling hills. We started as the sun was climbing above the pines. 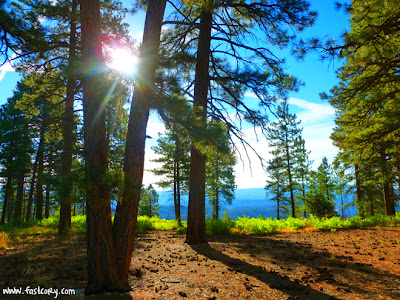 We ran some of the downhills and flats, but did a fast hike for most of the time. 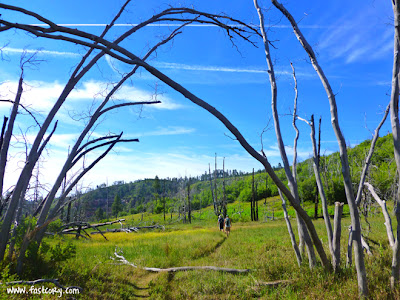 By the time we started climbing it was starting to get hot outside. Matt was the only one who had been on this hike and he told us the best views were yet to come. He wasn't joking. 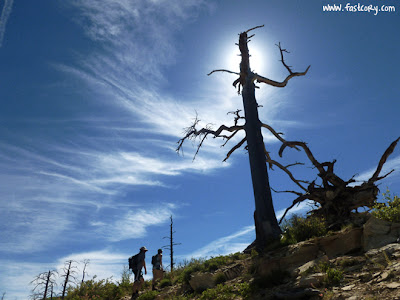 After a few hours we reached the west rim overlooking Zion National Park. The views really were breathtaking. The scenery is 100% better than these pictures give credit for.

We didn't see hardly anyone for most of the hike. Every corner we went around gave a new angle on the canyons below.


One of my favorite parts was an area of slick rock switchbacks coming down one of the canyons. The last few miles were a steep decent that had our knees and quads screaming. 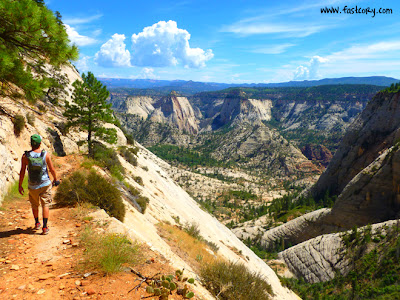 The last few hours of the hike were insanely hot. It was that kind of heat that feels like an anaconda is wrapped around your body trying to suffocate you. I think it says in the Geneva Convention "Thou shalt not hike for 5 hours and 29 minutes in Zion National Park in August." We got a very slight break every once in a while when we passed under some shade. 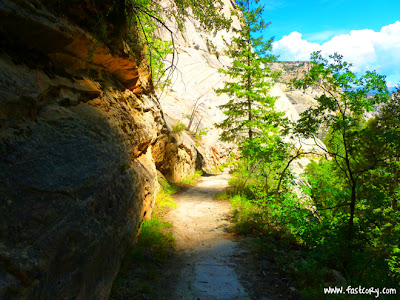 I can't wait to do this hike again. It was easily the most awesome hike I've done in Zion. But next time I'll do it in the spring or fall. Not August.
Posted by Cory Reese at 7:18 AM