I'm excited - I signed up for a race coming up called Moab's Alpine To Slickrock 50 Miler. And.....it's coming up NEXT WEEK!

Tuesday, August 28th 2012: 4 miles @ 8:58 minutes per mile. I realized that I've got the endurance thing down, but I have completely neglected any speedwork so I'll work on that. I understand that 8:58 per mile for many runners is a slow, recovery run pace. You could run that fast after eating two chili dogs and a box of Benadryl. To those of you in this category, I'm jealous. Because 8:58 over 4 miles makes me want to throw up.

That night I went on a 3 mile run with Mel, Jackson, and Ace. See if you can figure out which member of the group I'm describing: 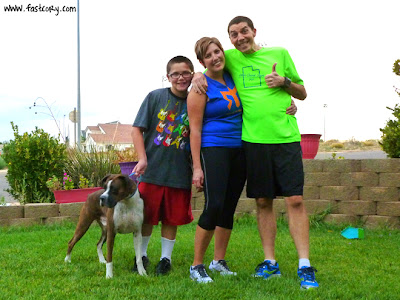 Friday, August 31st 2012: 8 miles @ 11:25 minutes per mile. I planned to run to Toquerville Falls for the first time, around 12 miles round trip. There was lots of rocky, difficult climbing and I plan to go back here for some hill training. After a while I noticed a storm rolling in on the horizon: 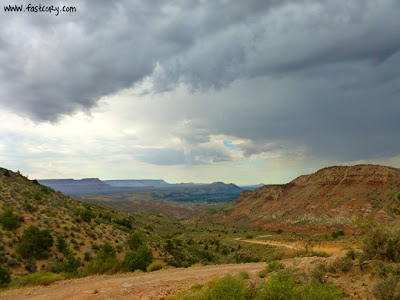 I like running in the rain and loved the temperature cooling off a bit, so I just kept climbing. But within minutes the clouds got darker. And then the clouds turned to a solid wall of rain. It was the most distinct sheet of water I've ever seen. 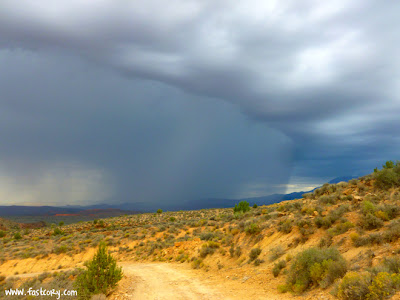 I was a little more apprehensive to keep going when I saw that. Then the sky grew even darker and lightning started cracking all over. I decided I'd better pass on going to Toquerville Falls so my wife wouldn't have to hassle with filling out paperwork for my life insurance policy. The lightning around me was one of the few times I've ever been scared while running. 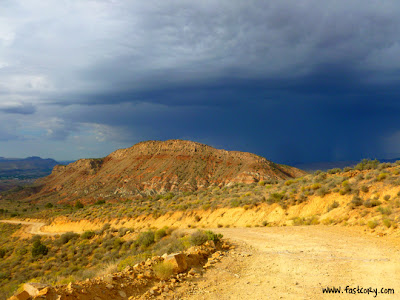 Saturday, September 1st 2012: 9 miles @ 11:49 minutes per mile. We were up in northern Utah for a family reunion and I took advantage of running some of my favorite trails in Corner Canyon, home of the 50k a few weeks ago. I searched for the hilliest routes which include some awesome views. 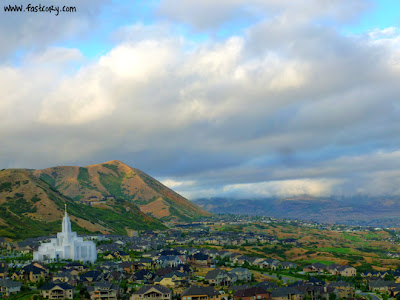 Running here is so different from the desert where I usually run. There are trees! 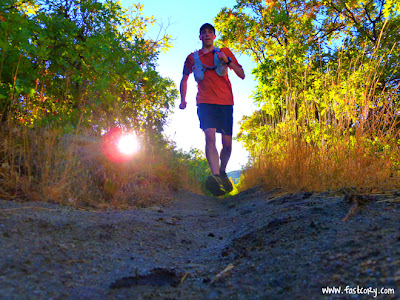 And instead of running in red, I get to run through a canopy of green! 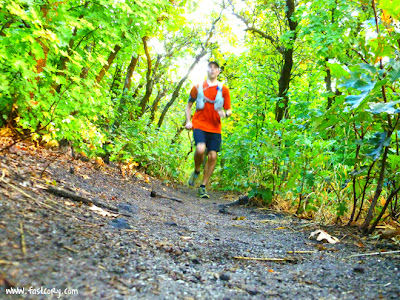 It is so strange to see other runners out on the trails, that hardly ever happens in my neck of the woods dirt.

Just a heads-up. There is going to be a give away here tomorrow. I would bet my body weight in sugar that it will be the best give away you've seen in a while. It's going to be big. I hope you're hungry.
Posted by Cory Reese at 7:34 AM