A Trail Date With The Wife

Last week I spiraled into a state of deep depression and emotional turmoil when I found out that Hostess had gone out of business. (Kidding. Mostly.) Thankfully some fun running took my mind off of the despair.

On Monday November 12th I ran 6.5 miles with Mel and her sister Rach. Good times.
On Wednesday, November 14th I ran the 8.5 mile Grafton Mesa loop with Mel.
Saturday, November17th was the Turkey Jive Half Marathon. I'll give you a full race report tomorrow.

But I'd like to tell you more about my date with Mel running the Grafton Mesa loop. The first little bit of the trail is pretty mellow.

That mellow trail doesn't last too long though. Before she knew it, our climb up the mesa began. 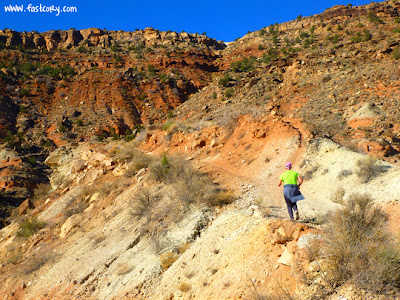 Mel hasn't done too much trail running lately so I was worried that this trail might smack her around a little bit, but she handled it like a champ!

I took a little detour to scramble up a rock. 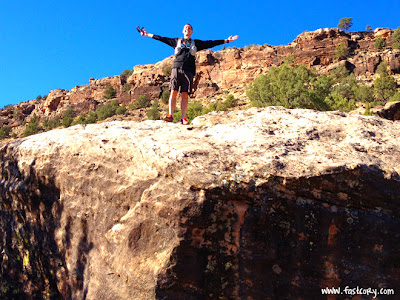 Mel told me I should do a jumping picture while I was up there. It was admittedly a little bit scary. 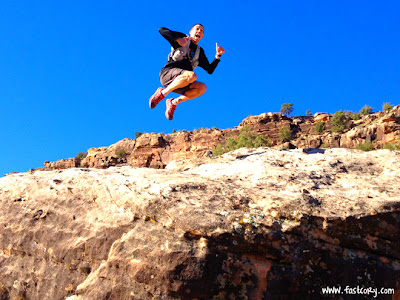 We made it to the top of the mesa and were provided with absolutely amazing views of Zion National Park. Runners are going to love this new section of the Zion 100 course.

Half way through the loop, the steep technical trail turns into a sometimes gradual but often steep downhill dirt road. I haven't confirmed this, but someone told me this section is called "Crybaby Hill". That name would not surprise me.

The end of the loop led us back toward Grafton ghost town.

We had so much fun together. If I could plan the perfect date, this would be it.

Our trail date ended with a trip to Oscar's Cafe in Springdale. Their "Murder Burger" was awarded Best Hamburger in North America by the Cory Reese Institute of North American Hamburger Research. Add the sweet potato fries and you'll be convinced that you have gone to heaven. 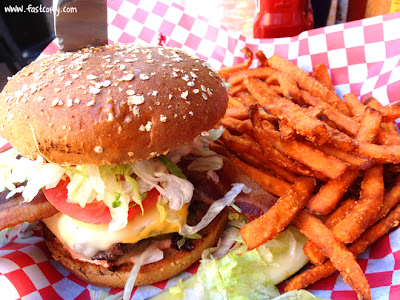 A Murder Burger a day keeps the Hostess depression away.
Posted by Cory Reese at 7:52 AM