I don't have any races coming up in the near future. I positively LOVE having a bit of an off-season. I adore not having a schedule telling me how far I should run tomorrow. An off-season means:

1) No thought of doing something dumb like waking up at 4am to get in a training run.
2) Cheesecake? Don't mind if I do!
And the best part......
3) Run whenever you want. As long as you want. As far as you want.

I had a few great runs this week.
Wednesday, November 7th 2012: 9 miles - Grafton Mesa Loop. At points during Javelina Jundred a few weeks ago I considered that me and 100 milers were never, ever, ever getting back together. (Go ahead, try to get that Taylor Swift song out of your head now.)

But I think I'm getting over that. I decided I'd go explore the Grafton Mesa loop for the first time - part of the new course for the Zion 100. I fell in love with this trail by the time I'd climbed 500 feet up the mesa: 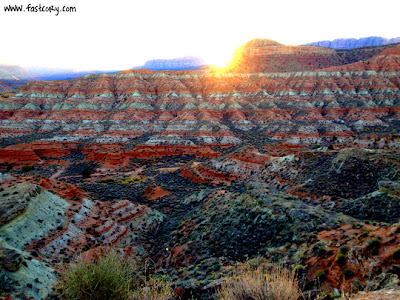 The first two miles are steep and challenging, ascending around 1,100 feet but the views were more than enough to make it worth the huffing.

Sections of the trail were rocky and technical but not horrible if you take it easy.

During the week one of my patients at work asked about my running. And then - in all seriousness - he asked if I lift weights as part of my training. If you've ever met me you know how humorous that question is. I tried to not laugh and said "No, I probably should do some of that." Does this picture from the top Grafton Mesa look like I spend a lot of time in the weight room? 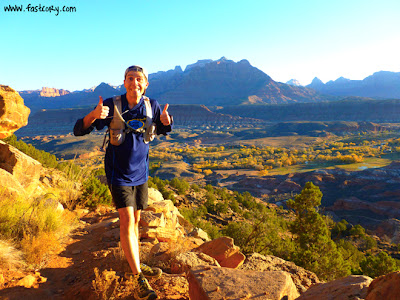 Once you arrive at the top of the mesa, there is still more climbing to get to Smithsonian Butte dirt road which is part of the loop. Off to the side you can see scenery like this: 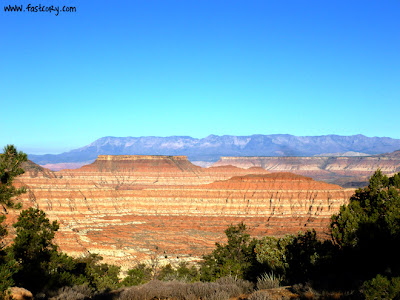 Eventually the trail connects to a dirt road allowing you to run next to Smithsonian Butte: 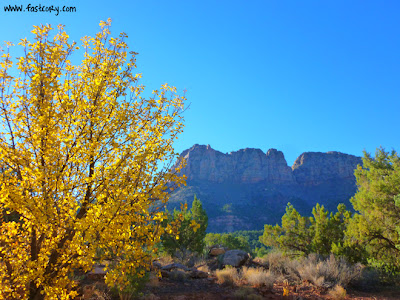 The loop ends back at the Grafton ghost town cemetary. I must say - I am so happy that this section is included in the Zion 100. This loop makes the incredible course even more amazing. 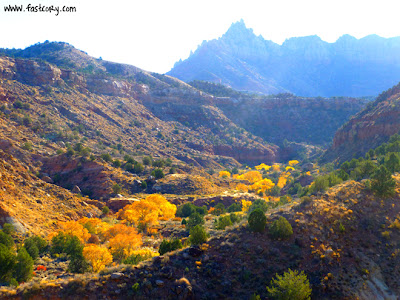 Friday, November 9th 2012: Monthly mile challenge at the elementary school. I ran with my daughter Danica and her friends. It's so cool to see kids having fun running. (You can see Molly's Nipple in the background which was my destination the next day.) 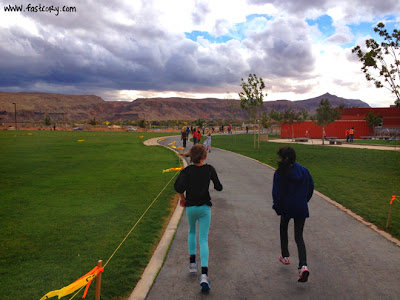 Saturday, November 10th 2012: 15.5 miles to the top of Molly's Nipple. Mercy, it was so bitter cold when I started running. There were storm clouds in the sky and I brought a poncho but left it in the car because it looked like the clouds were clearing out. 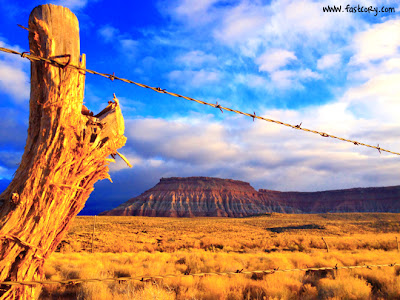 After about an hour of running I thought maybe I'd need that poncho. My goal was to reach the top of Molly's Nipple on the horizon: 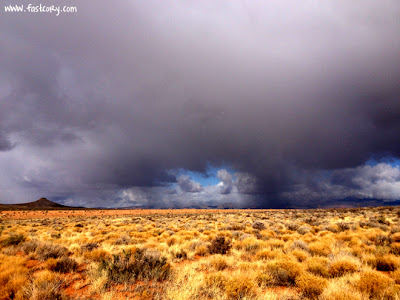 My climb to the top was fun but I didn't stick around on the top too long because it was so windy and cold. 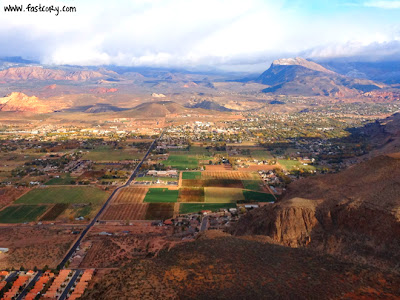 I was thankful that I avoided rain although on the return to my car I did meet up with the first snow of the year. Bleh. 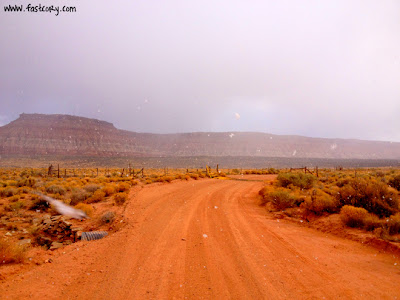 "No doubt a brain and some shoes are essential for marathon success, although if it comes down to a choice, pick the shoes. More people finish marathons with no brains than with no shoes." ~ Don Kardong
Posted by Cory Reese at 7:43 AM