Our New Family Member Is A Trail Runner 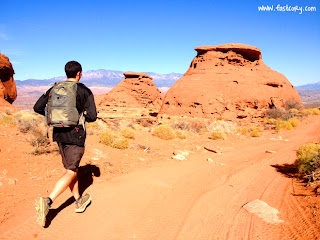 I guess now is as good a time as any to tell you that we have a new family member living in our house. He is hairy, has bad breath, and likes to eat other people's food off the counter. No, Mel's uncle did not move in with us. We have a new dog named Jack. Last week we decided we'd take him out for his first trail run. He was more than a little excited. 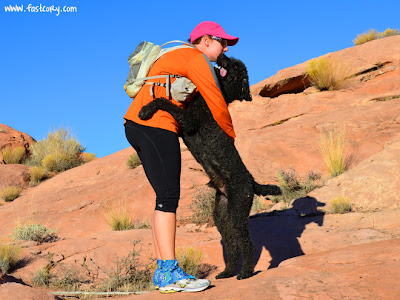 I took Mel and Jack back to Sand Mountain which I discovered for the first time last week. The first few miles are some steady uphill slogging through deep sand. But once you reach the top of the mountain the mesa opens up to some incredible slick rock. 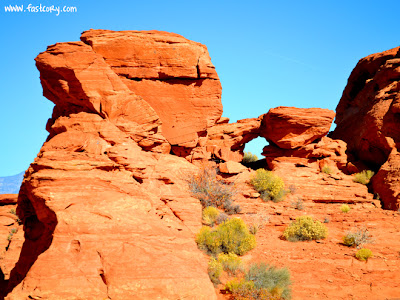 We would run for a while, stop to take a picture or two, then run some more. Jack was keeping up just fine. Clearly he was born for trail running. 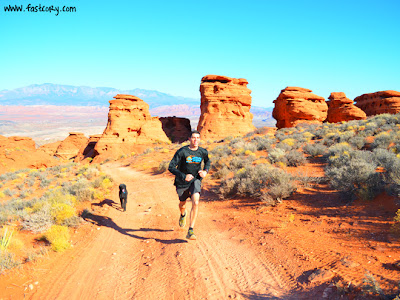 There are some really beautiful rock formations up there. Both Mel and I kept saying throughout the run "Wow, that is amazing." 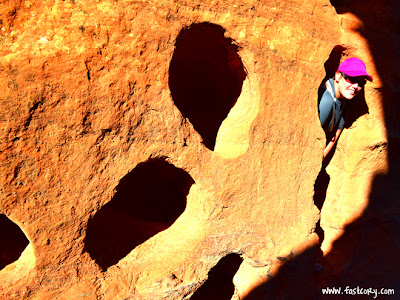 We found this incredible rock right on the edge of an enormous cliff. Mel took advantage of the scenery for a sweet jumping picture. 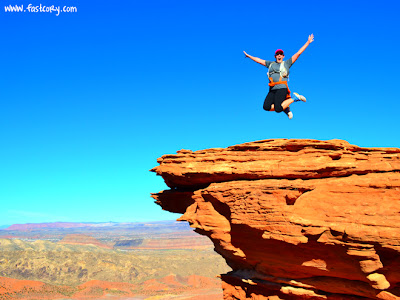 She talked me into going up for a picture also. I think this might be one of my all time favorite jumping pictures. 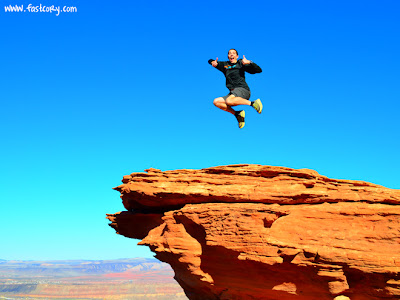 We decided to turn around after seeing this sweet view looking off the edge of the cliff. 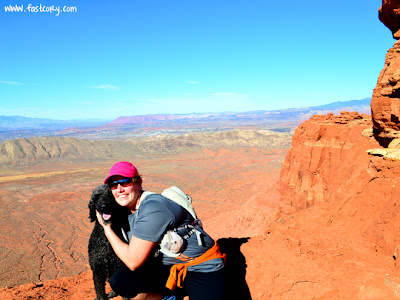 Our return trip was much speedier because we were traveling all the way back down to where we started. This was the first time I've taken my Clik Elite pack so I could bring my good camera. I'm looking forward to doing this again. I'm anxious to get a more compact Clik pack specifically designed for running. 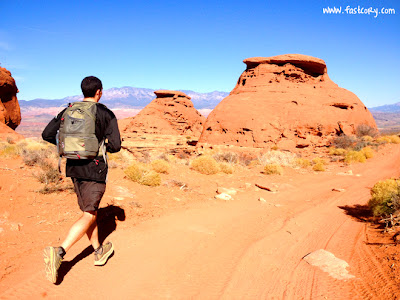 I had to make a quick stop to grab a picture of this butterfly that was hanging out and sucking in the warm winter sun. 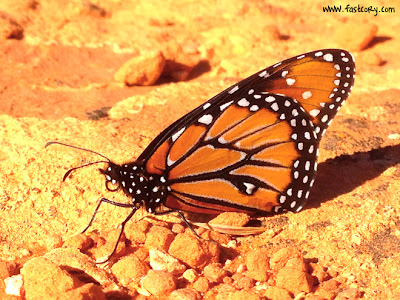 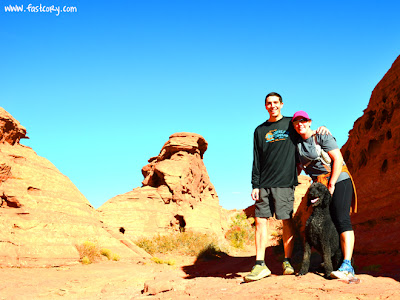 The kind of running I've been doing lately can't be called training. Because the word "training" implies strain and "have to" instead of "get to". My running has been completely "get to". It has been pure fun. I've fallen in love with this kind of running.