I managed to get in a good week of training (partly because I got more miles in, and partly because none of those miles were on the dreadmill).

Thankfully no soreness or tightness after 61 miles. (I'm sure my lack of speed helps in that department.)

The 30 miler was one of the most beautiful runs I've had in quite a while. I've seen more than my share of amazing sunrises on the trail, but Wednesday was one of the best. I just stood there for 15 minutes watching the sun come up. 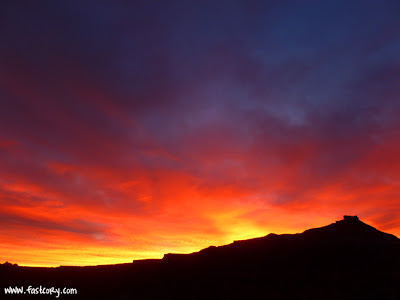 The scene was surreal. I was happy when I got home and my daughter Kylee said "Dad! Did you see the awesome sunrise this morning?" She knows how to spot them. It didn't seem appropriate to witness something so spectacular without a jump.

Later Mel and Jack came up to run 5 miles on Gould's Rim with me. I can't think of another six legs I'd rather run with. Jack LOVES trail running. It makes him smile. 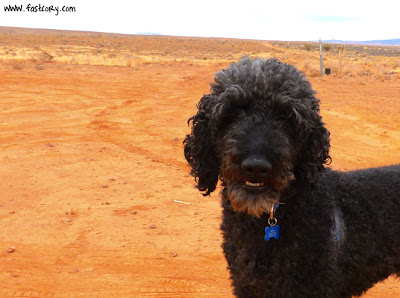 Gould's Rim is a fun trail for beginners, with only a few spots that are moderately technical. You can get directions to the trail HERE. 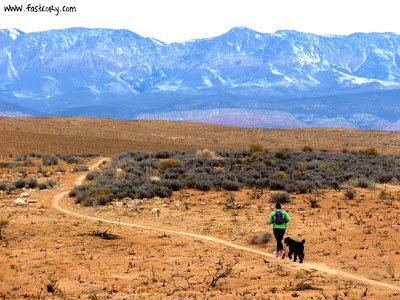 Sometimes Jack likes to stay behind and sniff around a little bit before galloping to catch up with us. 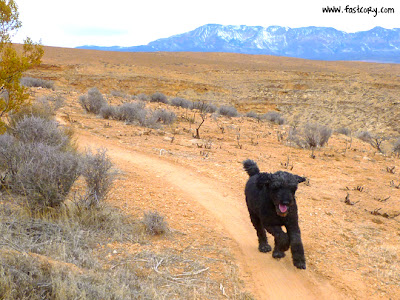 Most of the time though he stays about 1/2 inch behind Mel.

I had so, so much fun running with them. I am so lucky to have these two trail lovers in the family. 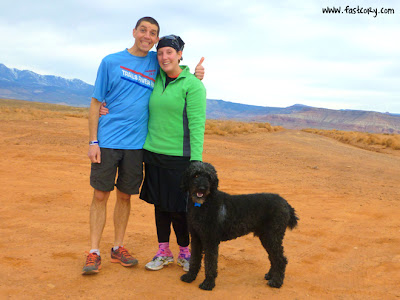 After Mel and Jack left I ran to the top of Molly's Nipple. It's got a good little climb at the end, and once on top there is an incredible view of the Hurricane Valley. I zoomed in on this airplane flying below: 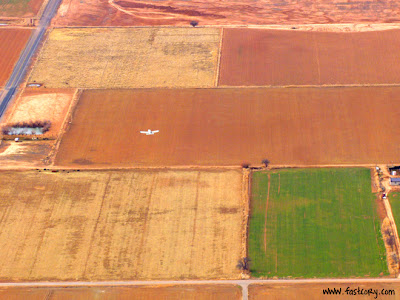 On the side of the trail I even saw one of these collector's items. Kids: this is called a CASSETTE TAPE. I had plenty of them with labels like Bon Jovi, Richard Marx, Phil Collins, Aerosmith, Bryan Adams, and Chicago. 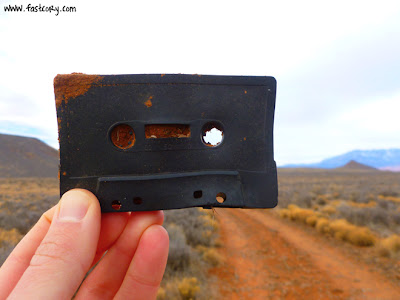 I finished the 30 miles with another jaunt around Gould's. Just like the morning, the sky and clouds turned another shade of awesome. I got goose bumps thinking how incredibly fortunate I am to be surrounded by stuff like this. I am a lucky, lucky man.

And now for the most important question: What were YOUR favorite cassette tapes?
Posted by Cory Reese at 7:52 AM