Hanging Out With Scott Jurek 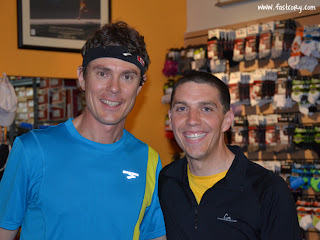 Scott Jurek has always been the runner I have looked up to the most. Here are a few reasons why:

Scott came to Salt Lake as part of his book tour last week and I knew it would be worth the trip up north to attend. I arranged with his manager to meet before the appearance for an interview. Unfortunately he was running behind and there was already a huge crowd at Wasatch Running Center when he arrived.

I was talking to some friends when he arrived. Someone tapped me on the shoulder. I turned around and there was Scott. He said "Hi Fast Cory!" He apologized for being late and said he was running behind from another interview. By then it was time to start the fun run that had been organized before the speaking engagement. 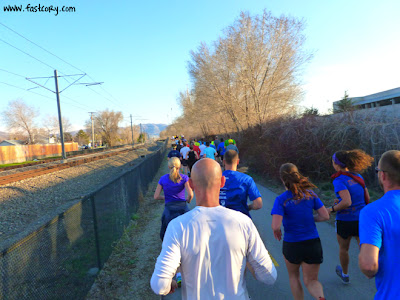 I was still a bit sore from the 100 miler ten days earlier but I wasn't about to miss an opportunity to run with Scott. 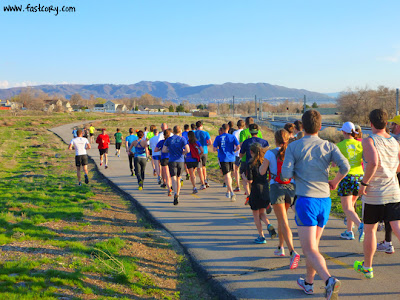 I was also happy to be hanging out with my sister Hollie who came along. 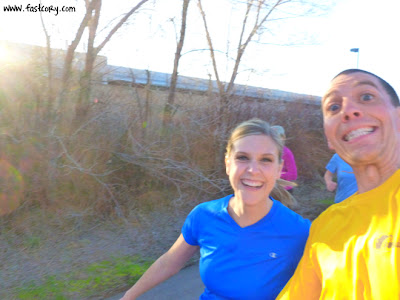 After the run, Scott talked for a while about some of his experiences. The building was jam packed but we were lucky to get some seats toward the front. 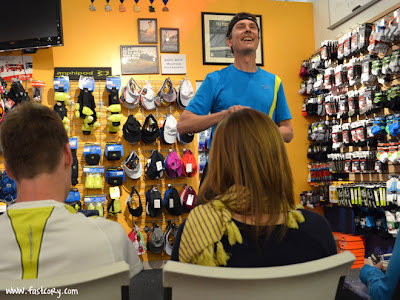 Then there was a fascinating question and answer session. 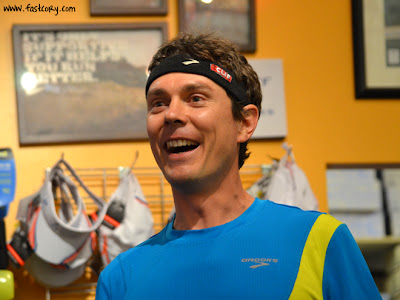 We hung around to spend a little bit of time with Scott afterward. Waiting around was just as fun because I was able to talk with lots of friends like Susette who ran 47 miles a few days beforehand. 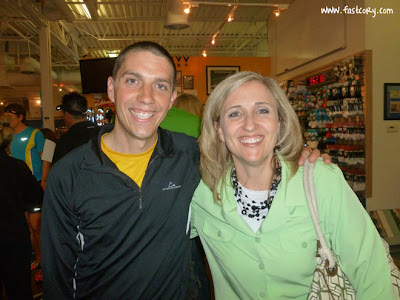 And my perma-happy 100 mile running friend Andrea with Galen in the back (by this point our cameras were having wardrobe malfunctions): 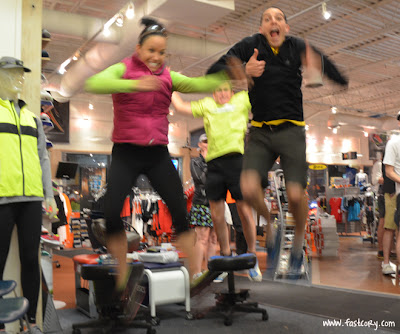 Once everyone had cleared out, Hollie, Andrea, Susette, and I got to hang out with Scott for a bit. I was impressed with how personable and down-to-earth he was. Scott was also ready to get a jumping picture. The wind up......... 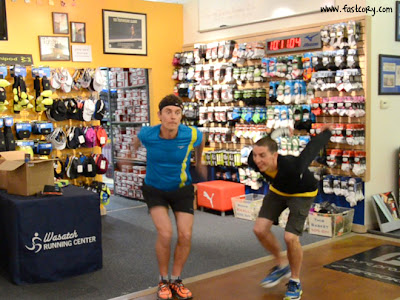 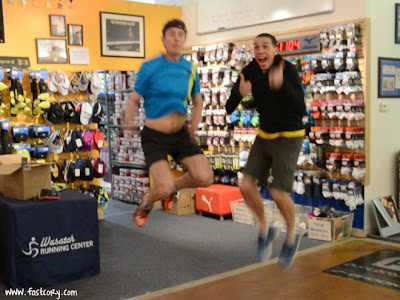 I had such a fun, fun night with everyone. If you're in to running, check out Scott's book HERE. You won't be disappointed. 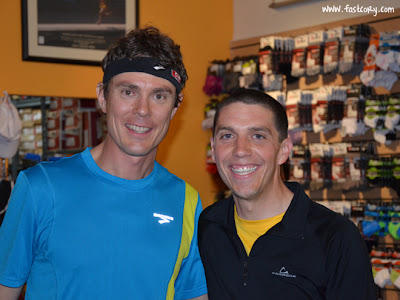