I didn't run a solitary mile on a trail last week. Every single mile was on the road. I'll bet it's been years since this has happened.

With the lack of trail scenery from the past week, I thought I’d tell you about my first ultramarathon ever. It was in March of 2011. I had put in lots of miles on the trails preparing for the Antelope Island Buffalo Run 50 miler. In fact I was feeling so good in the month leading up to the race that I decided I’d shoot for 100 miles.

I was all packed. Drop bags were ready. I went into work to finish up a few things before making the drive to Salt Lake City with the family. Right before I was going to leave work I received a frantic call from my wife. Mel was crying hysterically and said “I fell.”

And then the phone disconnected.

I was scared and kept trying to call back but there was no answer. Panic. A few minutes later Mel’s mom called and said she was taking Mel to Instacare because she may have broken her arm.

I rushed over to meet them at the Instacare. I found out that both of her arms were hurting. Her feet got caught in a cord in our bedroom and she had fallen. I vividly remember sitting with my wife in a doctor’s office as she cried in pain. My heart hurt for her. After some testing we received the diagnosis.

Both elbows were broken. Both. Elbows. Broken.

They decided to put both arms in slings and sent us home. We were absolutely torn about what to do regarding the race. We had an important doctor’s appointment in Salt Lake for our daughter so we decided that we would make the trek up north and I would do the race.

I will let you use your imagination here, but allow me to say that you can do NOTHING with two broken elbows. Mel had to depend on someone to help her with everything. Yes, everything. My daughter had to feed her dinner during our drive. 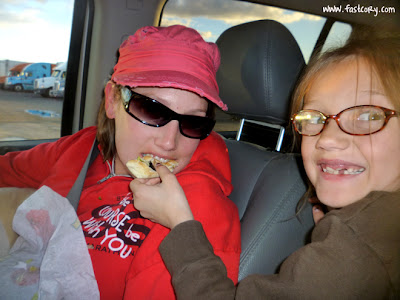 I’ll skip some of the minor details, but in Salt Lake Mel continued to be in excruciating pain. Long story short – we went back home to southern Utah and she ended up in surgery to have things repaired. Her surgery was on Friday, the day I was to start my race. No ultramarathon.


I was very concerned about her. But I’d be lying if I didn’t admit that there was a part of me that was really sad that all my months of training had gone to waste and I wouldn’t be able to do the race anymore. The bright side was that the surgery helped a ton and she felt better afterward. 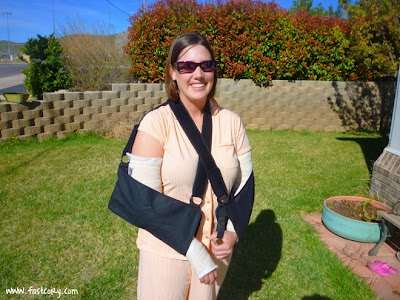 The Sand Hollow Marathon was the next day, Saturday, and was only a minute away from my house. We decided that I’d at least be able to run that race. Friday night I was with my family when I received a very kind text from my friends Cherie and Karrie. They said they would crew for me if I wanted to run another 24 miles after the marathon to get to 50. I was touched by their kindness. And their idea got me thinking.


Mel and I decided that I could start running about an hour later, run through the night, get 24 miles done, and finish right in time for the marathon which would be my first 50 miler. After the exhaustion of everything over the past day, it was very difficult to get through the night of running but I made it. 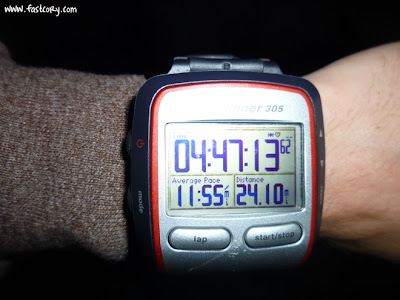 I had some renewed energy at the starting line knowing that I would not have to run the last 26 miles alone. Cherie was there too, the person who had first introduced the idea of running an unconventional 50 miler. 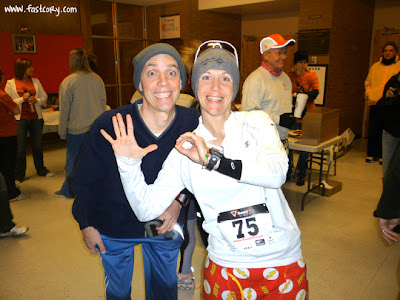 My legs had their periods of heaviness but overall I felt okay. In fact I think that was the first race where I tried to get in a good jump:


The last few hours of the race were a challenge. It had started pouring rain and I was shaking from shivering so hard. Thankfully a kind soul drove past and gave some of us a garbage bag to help keep us warm. I felt better after this. 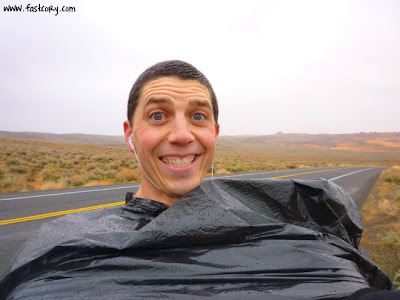 I was so thankful to near the finish line and see Mel and my boy Jackson there waiting. Jackson had done a kid’s race earlier in the day and had patiently waited for me to finish. I could have never imagined that the finish of my first 50 miler would be like this. (Funny how we all looked like we had been dragged behind a Greyhound Bus for 50 miles.) 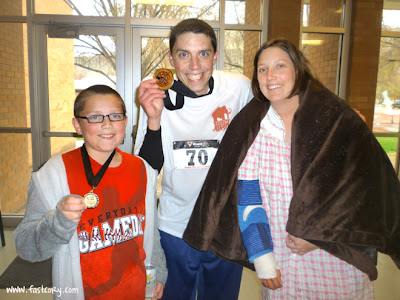 I’m thankful we survived that difficult time in our family. Mel continued to get feeling better after her surgery and after a few days she was able to do more things for herself. 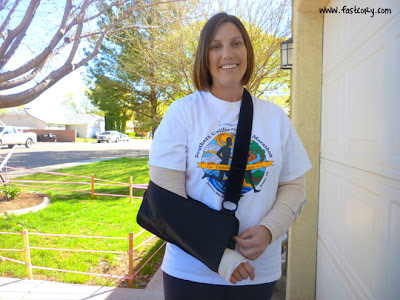 Today Mel’s elbows get sore sometimes but she has no major lasting effects. And do you know what? The next year I was back at Antelope Island and I ran that 50 miler! And this year I returned for the 100 miler where I got my fastest 100 ever. Even in the darkest, bleakest times I try to remember that things will always work out. 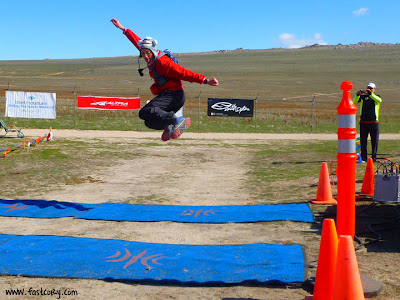 Note: We drew a winner on random.org for the Color Me Rad 5k entries. The winner: Dansie Family!
Posted by Cory Reese at 7:50 AM