When Things Don't Go The Way You Wanted

My friend Catherine and I had high hopes for Saturday's run. She is signed up for her first 100 miler, the Javelina Jundred at the end of next month. I'm so excited to run the race with her and we planned to get in a good long run. I invited some friends to come and join us out on the trail. We had a fun group of runners out on the trail. 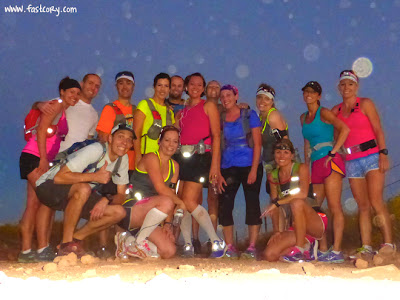 A great sunrise greeted us in the distance. I am a mosquito magnet and this morning was no exception. My friend Karrie called me a running citronella candle because as long as I'm running with them, the mosquitoes will swarm me and leave everyone else alone. 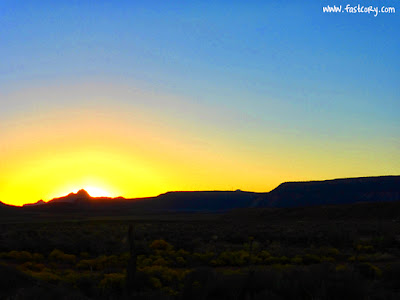 There were some warning signs that it could be a rough day. I got bit by a scorpion or spider or something on Wednesday. My toe got all red and puffy trying to look like Nutty Professor. My wife said she has had patients in the hospital with stuff like that. (It's feeling much better today.) And then as we were heading down the trail my friend Amber did a Superman leap into the air and left some chunks of flesh as a souvenir on Mother Earth. Our destination was Molly's Nipple in the distance. 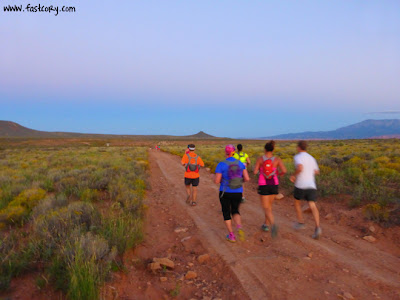 Catherine and I kept the pace moderate since we would be running all day and let the faster runners go up ahead. It was cool to see when they reached the top. 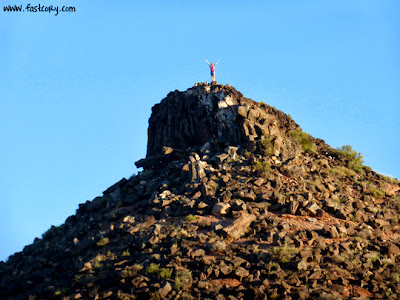 Catherine wanted to get some desert training to prep for Javelina and loved the view from the top. 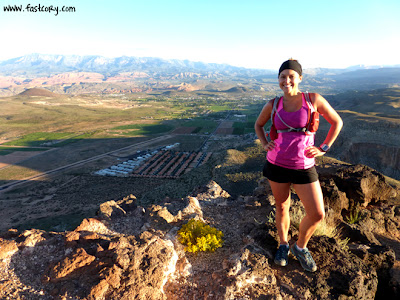 You can see the shadow of Molly's Nipple with the sun rising behind us. 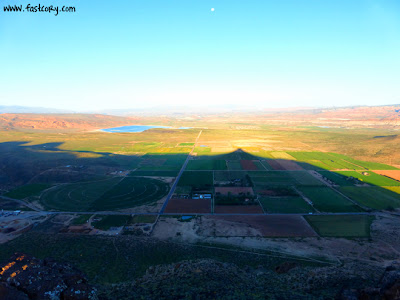 We figured we needed a jumping picture with everyone at the top of Molly's Nipple. Even though I got exactly 0 feet of air in this shot, this picture makes me smile. We were having a good time. This is myself, Amber, Nicole, Michelle, Treasa, Brooke, Liz, Shannon, Karrie, Catherine, and Shane. 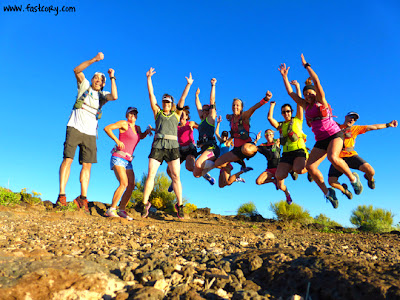 Then we made the steep, technical scramble back down. 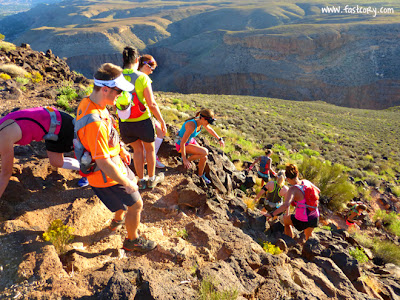 The way back was downhill and much easier and faster. 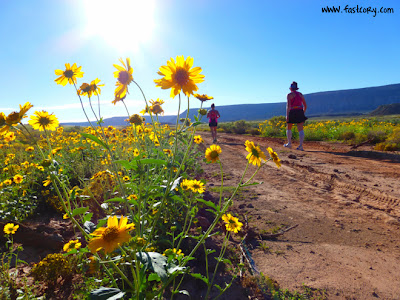 Everyone finished the 13 mile route to Molly's Nipple then headed home while Catherine and I continued the run. I showed her around the Jem Trail and some of it's connectors. This is not a horrible place to spend a Saturday afternoon. 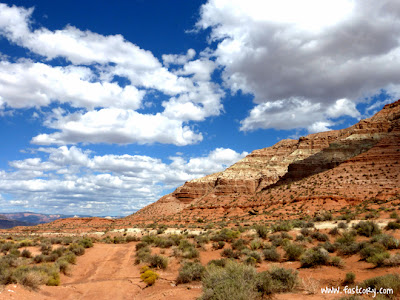 Catherine's knee had become as grumpy as a senior citizen whose cable goes out in the middle of a Murder She Wrote marathon. It was a crazy fluke thing because she ran so strong when we did the Mid Mountain Marathon two weeks ago. 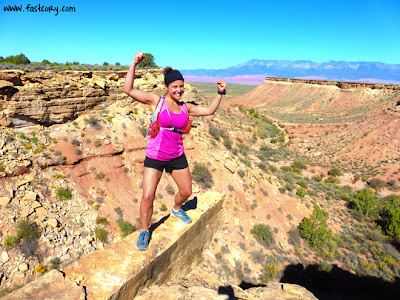 She has the kind of personality that is happy and positive even when things aren't going according to plan. I was laughing the entire time we were running. 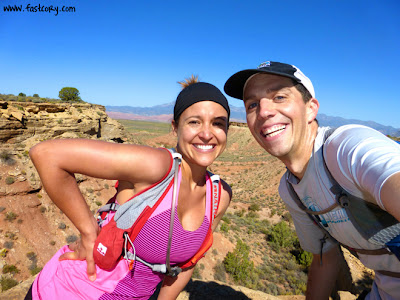 We continued making our way through the desert but were taking it easy to keep the knee in check. These trails around Gooseberry Mesa are seriously incredible. 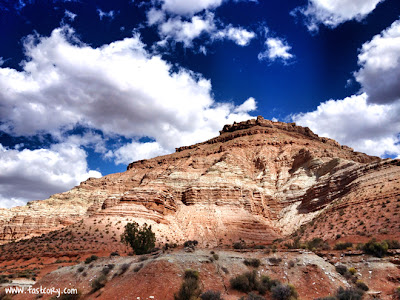 We got to the edge of a mesa and took a break to enjoy the view. I saw Catherine sitting there soaking things in and I knew she was feeling discouraged. Today wasn't going to end the way she hoped. We concluded that it would be best to end the run early to not make matters worse. 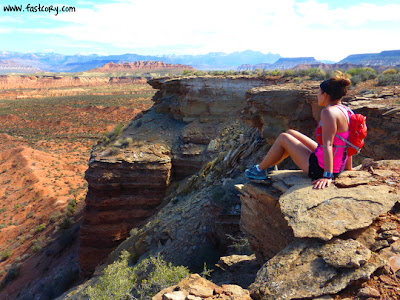 I felt sad for her. Catherine is a better runner than me and I hated seeing her struggling. I intimately know that frustration of having knee issues that get in the way of training plans. I've been there, done that, and bought the t-shirt. In fact I have an entire closet full of those t-shirts. But because I am so ridiculously familiar with that frustration, I have tons of experience (way more than I'd care to have) working through it. So I felt comfortable assuring her that things will work out. Things will work out. With the fitness base she has established, 5 weeks is plenty of time to recoup before Javelina, get feeling better, and be completely ready to tackle that 100 miler. I can't wait to watch as she crosses that finish line and earns a buckle.

So when all is said and done, maybe the day DID have a good ending. Granted, we didn't get as many miles as we hoped and she'll need to give that knee some TLC for a few days. But we got some good time on our feet enjoying some absolutely incredible scenery. We laughed a ton. We both spent time with our spouses on the first part of the run. We didn't throw up or meet any rattle snakes. And our run ended with a fun jumping picture. When life hands you lemons, take a jumping picture. 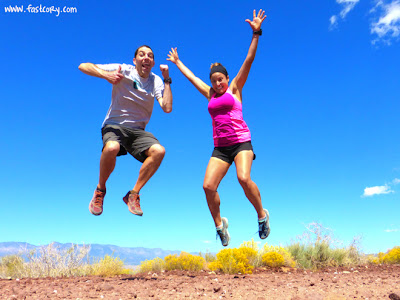