I Don't Belong With Beautiful People

It's Friday night in the city of glitz and glamour - Las Vegas.

I was staying at the MGM Grand for a work conference that got out Friday evening. In the lobby I stood watching as a steady stream of incredibly beautiful people streamed into the casino.

It was like watching the Macy's Thanksgiving Day Parade, except that it wasn't a helium inflated Garfield balloon that was floating by. It was a Thanksgiving Day Parade of incredibly beautiful people. Every man and woman that walked by could have been a model on the cover of a magazine. They were wearing nicer clothes than I've ever owned in my entire life. It was quite the sight to behold.

And then there was me. Nerdy ol' me. Not beautiful. Not wearing extravagant, expensive clothing. In fact I had my running clothes on. Carrying my hydration pack. And crawling my way through the second hand smoke as fast as I could to get to my car and drive to Red Rock Canyon. 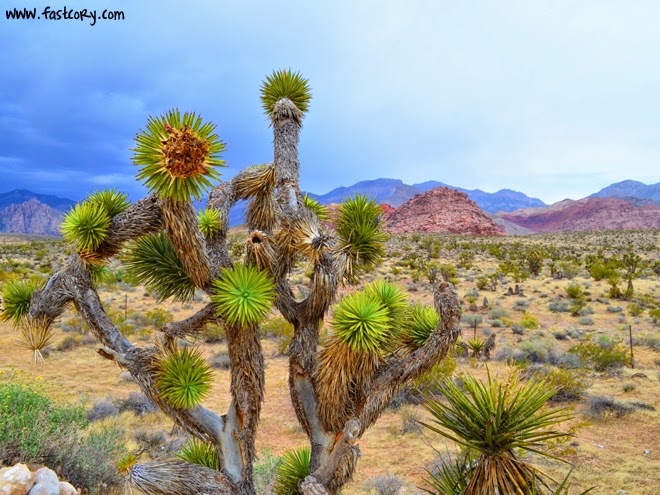 I had visited Red Rock a few days earlier and was itching to go back one last time before leaving Vegas. It was insanely windy and a beautiful rain storm was rolling in. 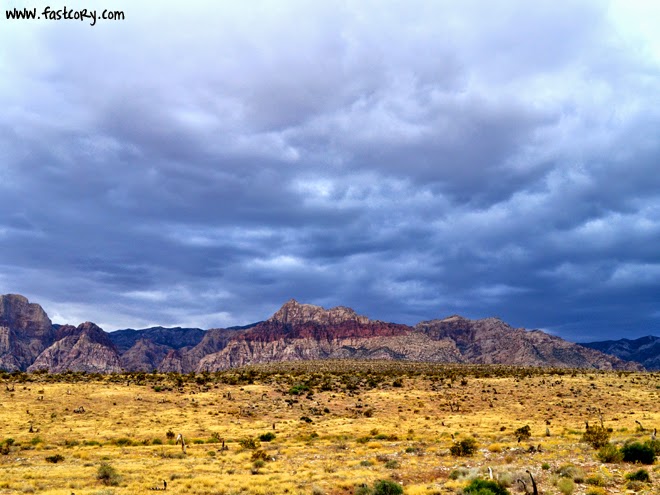 This is going to come as an enormous shock to you, but the Las Vegas party scene just isn't my thing. I felt bad for all those sorry suckers hanging out in the casinos when there was scenery like this less than a half hour away. Seriously - it DOES NOT get better than this!!! 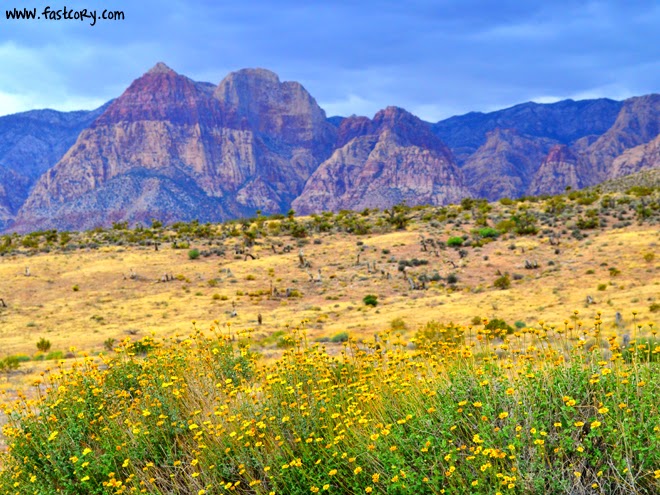 I knew the amount of daylight was limited and I wanted to get out on a trail but first I had to drive around a little bit to take pictures of the storm clouds. 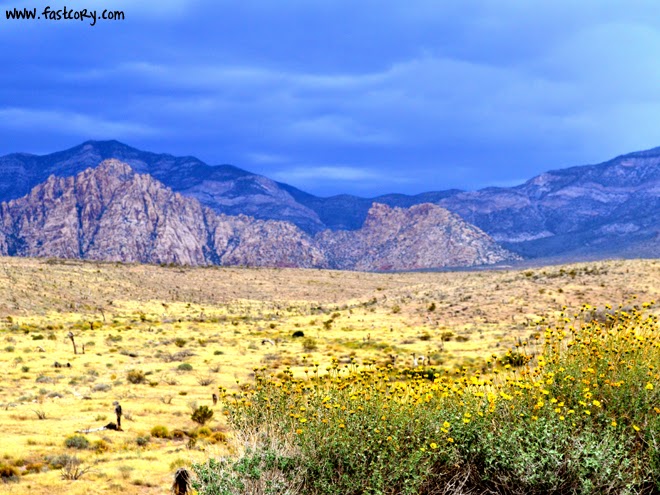 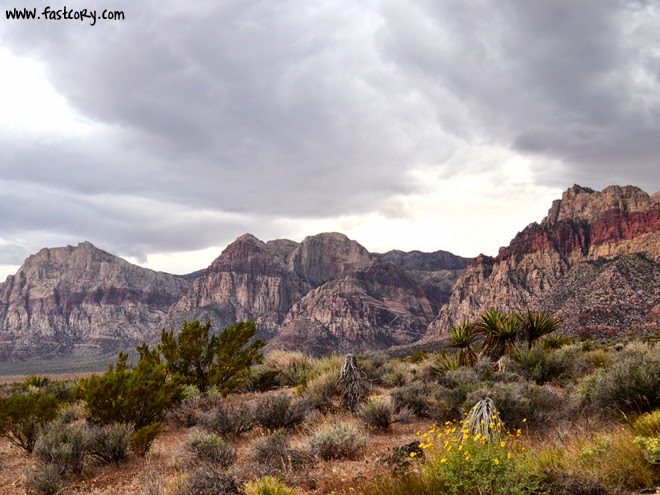 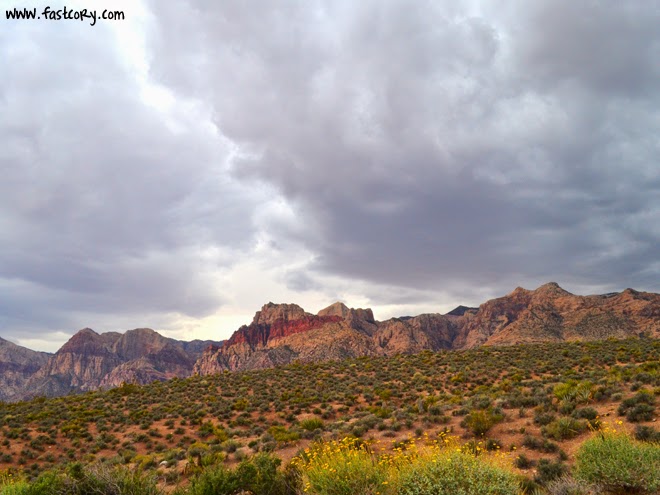 You can see from the pictures that the wildflowers were blooming like crazy. I loved how the bright yellow flowers contrasted against the dark sky. Then I spotted these flowers. I've never seen them before and don't know what they are called but they were beautiful. 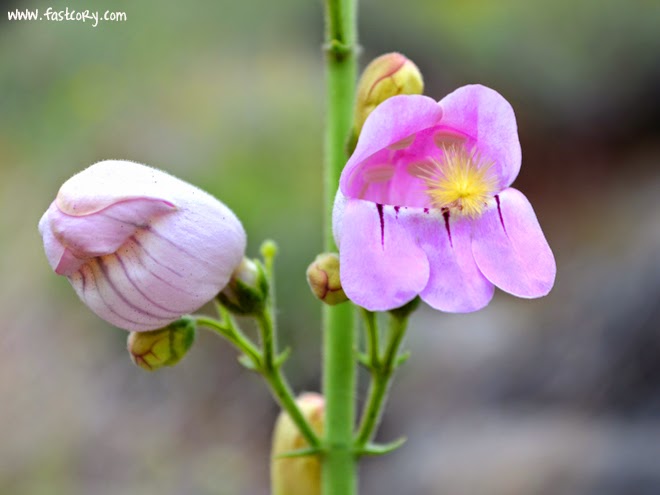 I pulled off to a view area and saw something else completely beautiful. I'm not a big car guy. I just need four wheels and a stereo that can be tuned to ESPN sports radio. But I understand that a Lamborghini is a rare car. And a Ferrari is a rare car. And the cost of each of them is roughly equivalent to quadruple the cost of my house (yep, I looked this up). Well, in Red Rock Canyon I saw and Lamborghini AND a Ferrari. TOGETHER! Wow. 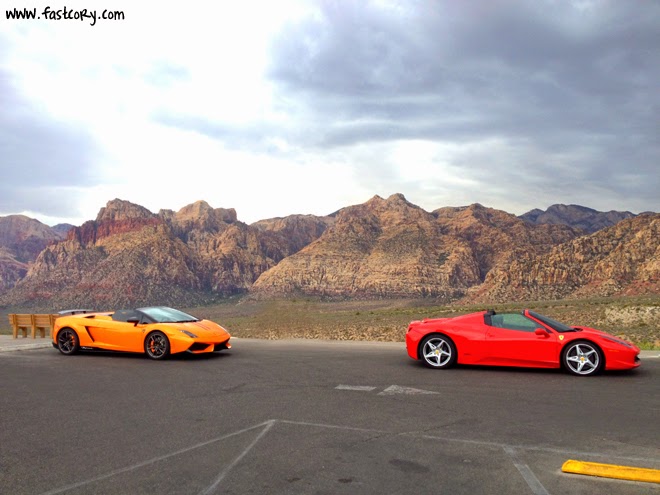 Those eight wheels are the equivalent cost of eight houses. Unreal. (I'd rather have the house.) 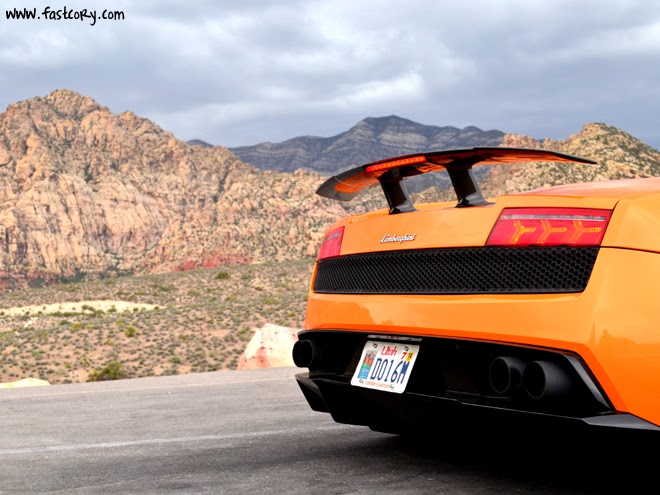 The trail I decided to check out was Ice Box Canyon. I'd heard a lot about it and heard it was cool. Those legends were accurate. 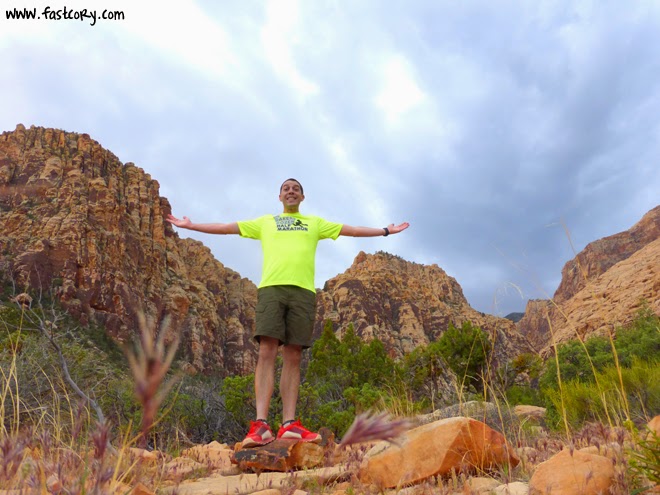 The majority of the trail weaves through riverbeds, up, over, and around huge boulders. It's definitely not a fast trail to run, but definitely a fun trail. 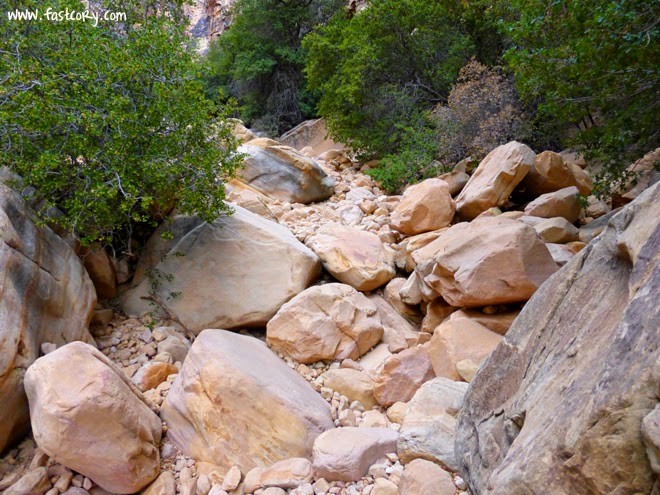 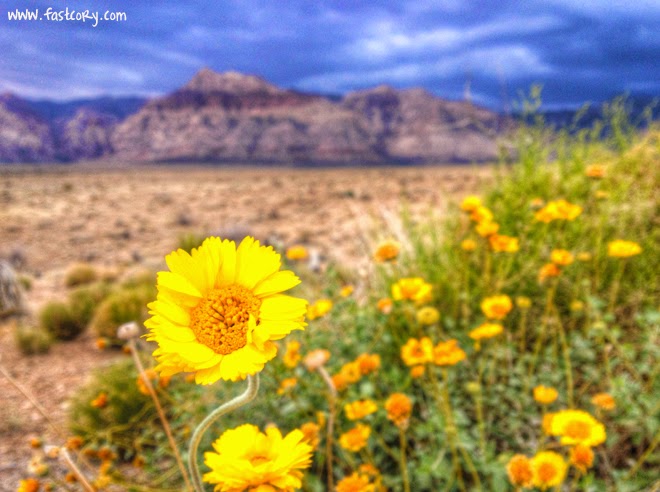