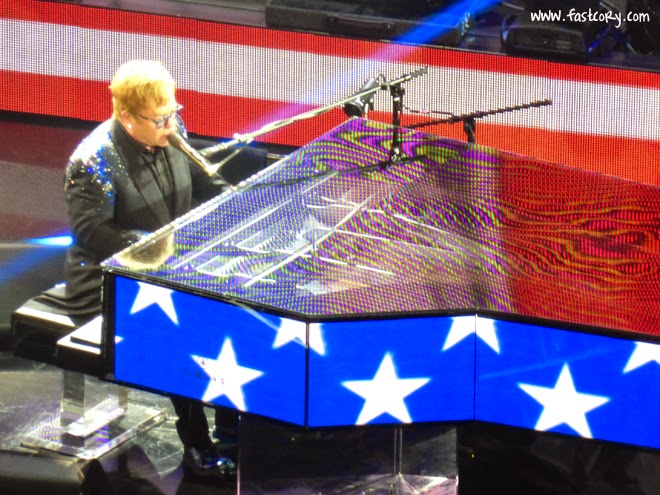 On Christmas morning my son told me that my present was downstairs. We went down and then he sat at the piano. He played the most beautiful versions of three Elton John songs I had ever heard. Apparently he had been practicing the songs when I wasn't home so that they would be a surprise on Christmas. I started clapping when the songs were done.

Then he stood up and said "Dad, that's only half of the present."

He walked over to a drawer and pulled out two tickets to an Elton John concert coming up in January. He had saved his money for months to buy a ticket for me and him to go to the show. Wow!!

So over the weekend we drove to Las Vegas to see Elton John at his Million Dollar Piano concert. 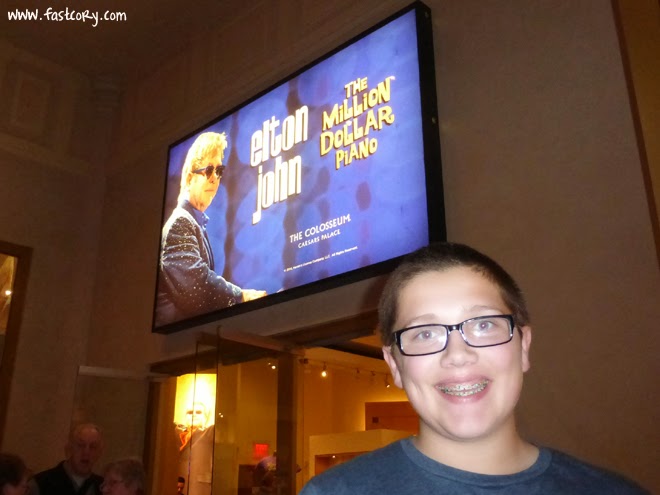 Before the show we checked out the gift shop at Caesar's Palace and found a shirt that I would be happy to wear the day after never. 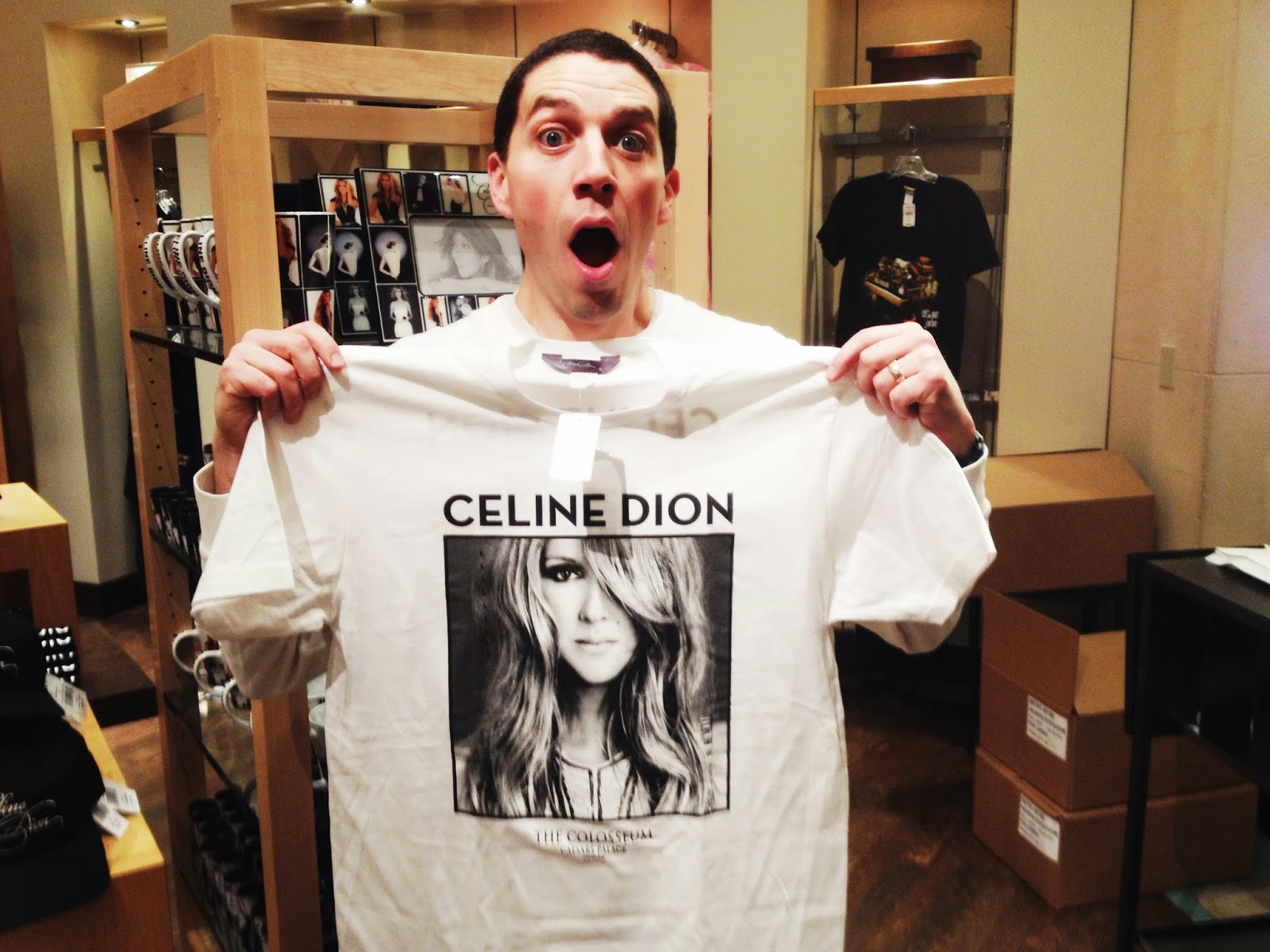 I took a picture of all the people sitting behind us. I counted exactly zero other people. I thought it was so awesome that Jackson had just enough money for tickets on the very back row. We were both so excited. 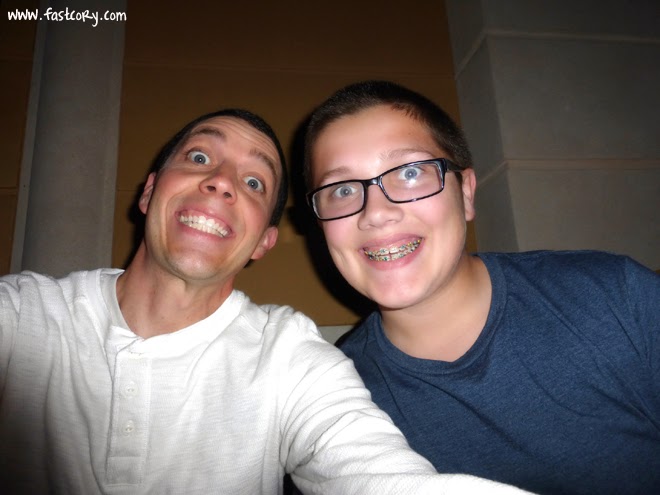 The concert was basically awesome. The incredible talent that guy has playing the piano gave me goose bumps. 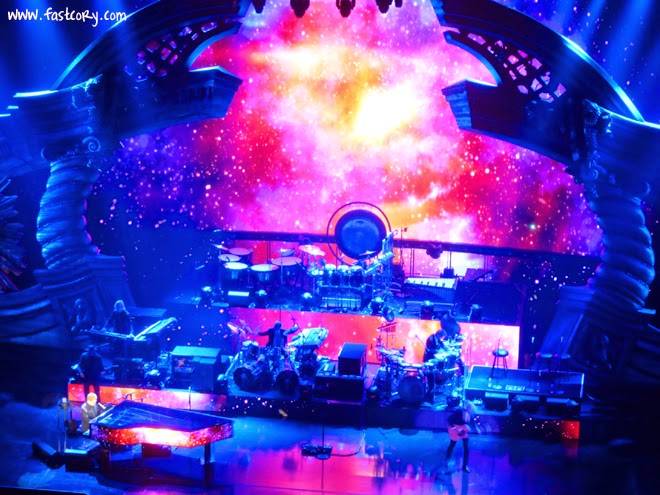 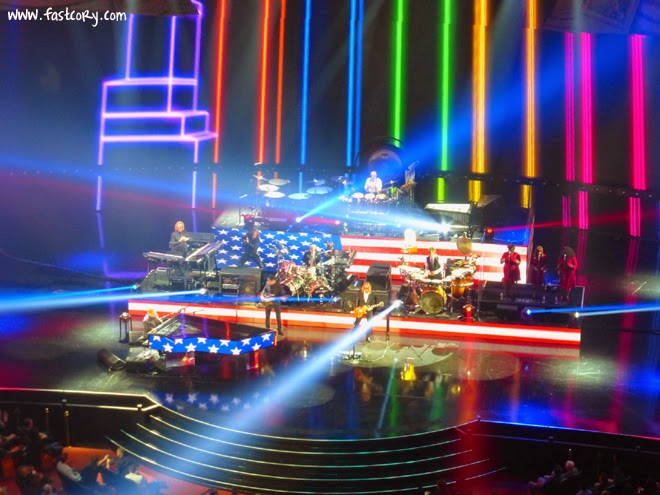 And here's where the story gets interesting.

Just pulling into the parking lot leaves people contracted with chlamydia, emphysema, and stolen wallets. I was concerned that I would inadvertently be part of a drug deal just by walking to hotel registration.

And the hotel room?

Super classy! If you hop in a time machine and travel back to 1974. Fingers crossed that we don't have lice.

But staying in a hotel room where you risk facing criminal charges for drug trafficking and you take the chance of contracting a host of communicable diseases is a small price to pay for being best friends with Elton John. Thanks for the Christmas present Jackson!
Posted by Cory Reese at 8:04 AM