A week ago I had the opportunity to run the Monument Valley 50 miler. I haven't been able to get my mind off the race ever since. It was the experience of a lifetime. 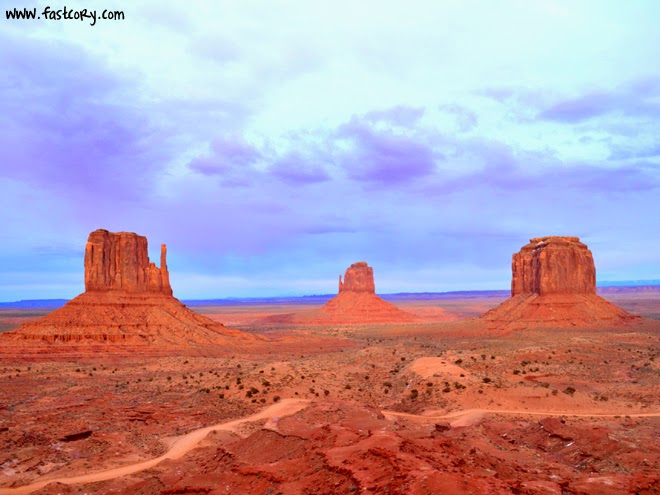 I went to the Monument Valley area a few days early to check out some destinations on the Ultra Adventures Trifecta Challenge. This is a pretty cool thing that the RD is doing with the Ultra Adventures races. For every trifecta spot you visit you get 10% off a future race!

Side note: On the way to Monument Valley I stopped at Antelope Canyon to take a few pictures. Guess what - this is actually the section of a different race, also by Ultra Adventures. Antelope Canyon is one you definitely don't want to miss: 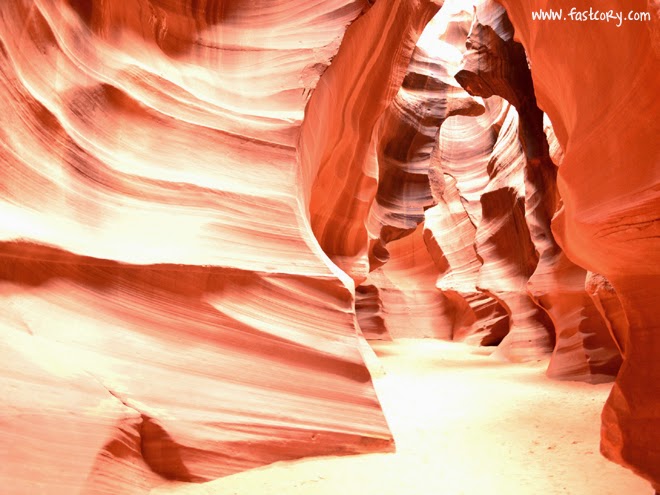 The first spot wasn't on the Trifecta list but high on my To-Do list: the epic Monument Valley overlook from the movie Forrest Gump where he stops his cross country run. 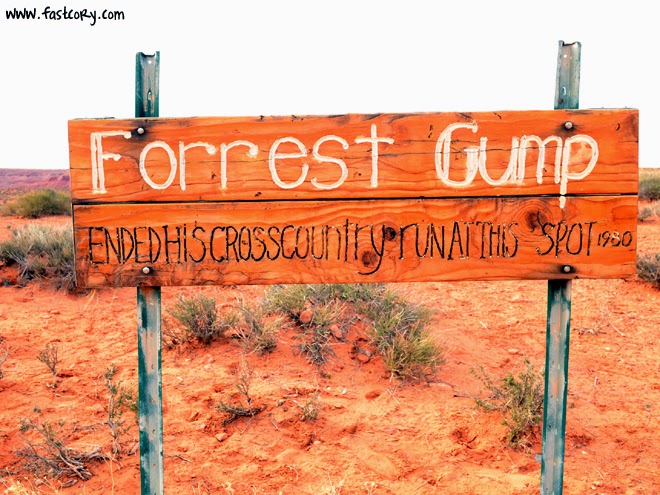 It was cool to run in the exact spot Forrest stood. 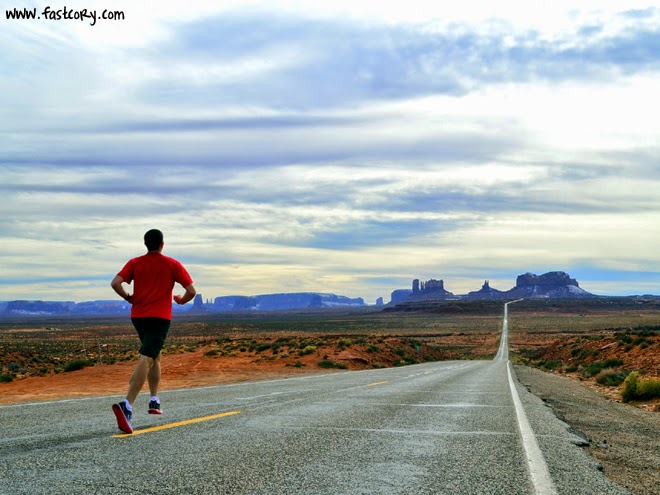 From there I headed to Goosenecks State Park. There were a few cool views but if I were to make a recommendation I'd hit up a few other areas before Goosenecks. It was a bit anticlimactic considering views at the other spots. 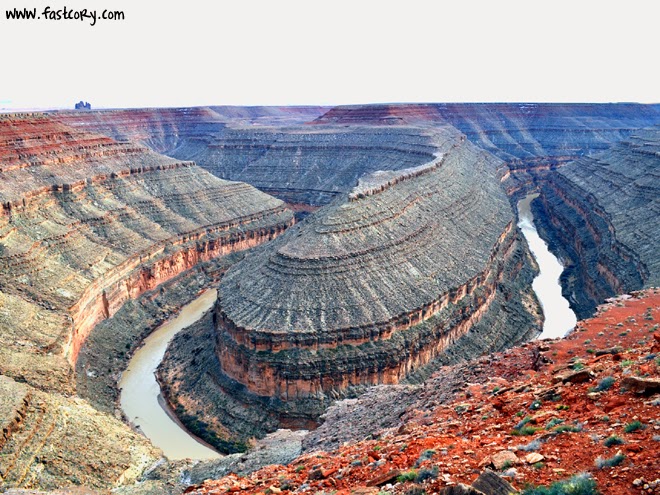 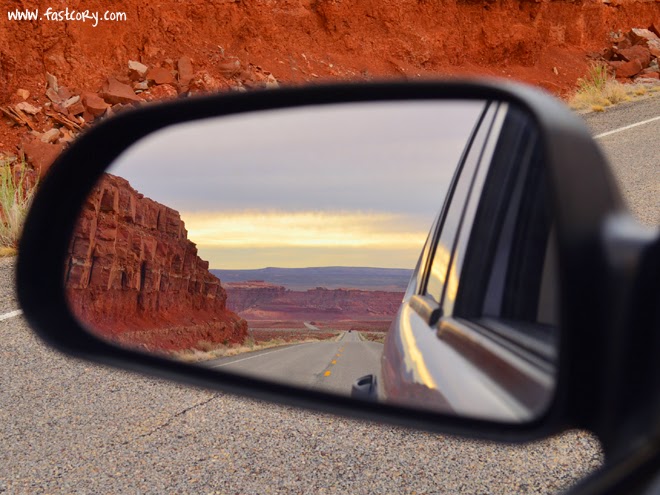 By far my favorite area on the trifecta challenge was Kane Gulch. I was a little nervous to do this 10+ mile hike less than two days before the 50 mile race but it turned out to not be a problem. Kane Gulch has some incredible Native American ruins but the hike to get to them is just as beautiful. 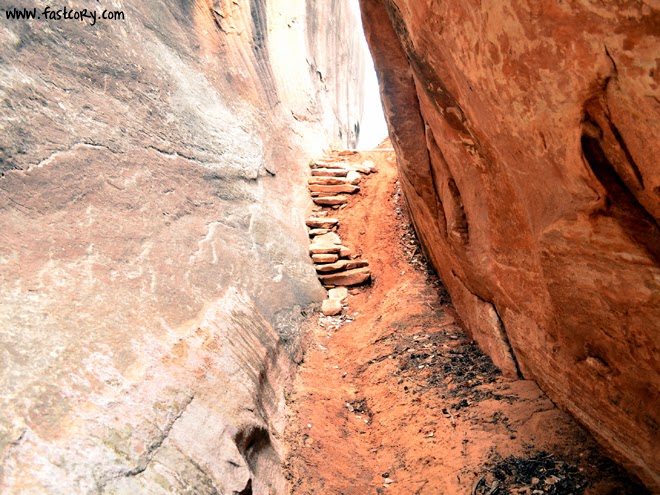 I took a ton of pictures in those ten miles. It's hard to narrow it down to just a few. The area had received a few feet of snow in the previous weeks and the snow melt created some awesome little streams flowing down the rocks. 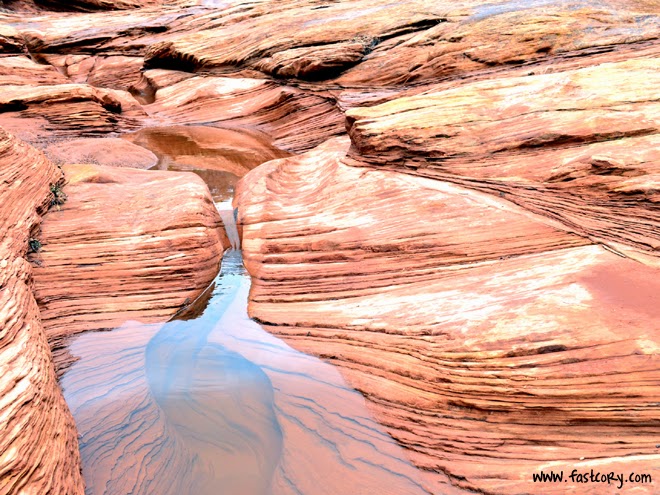 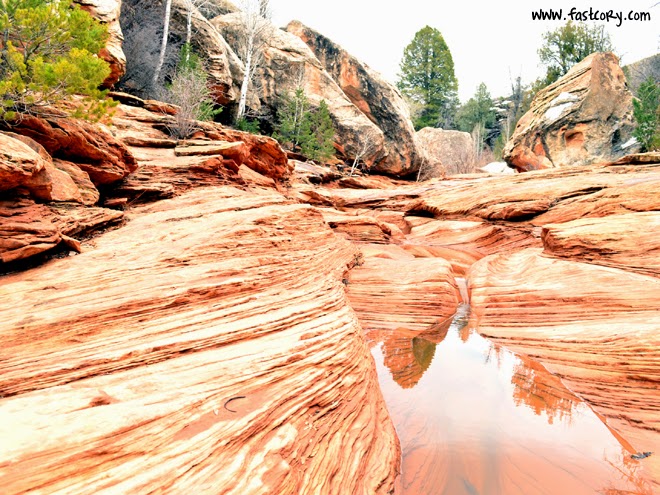 I took the UltrAspire Omega pack so I'd have plenty of room for water and photo gear. 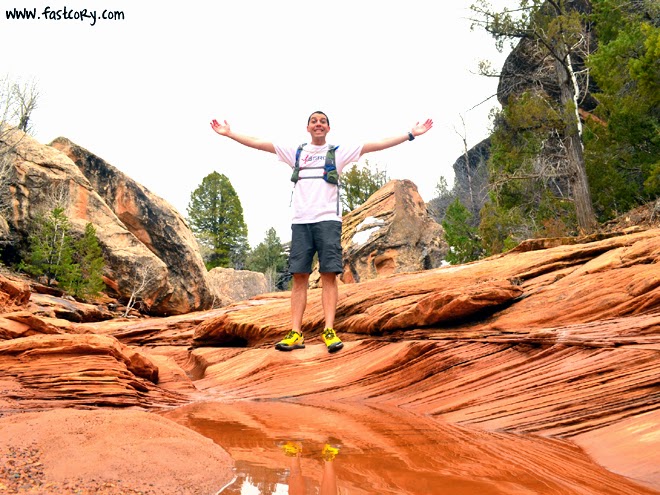 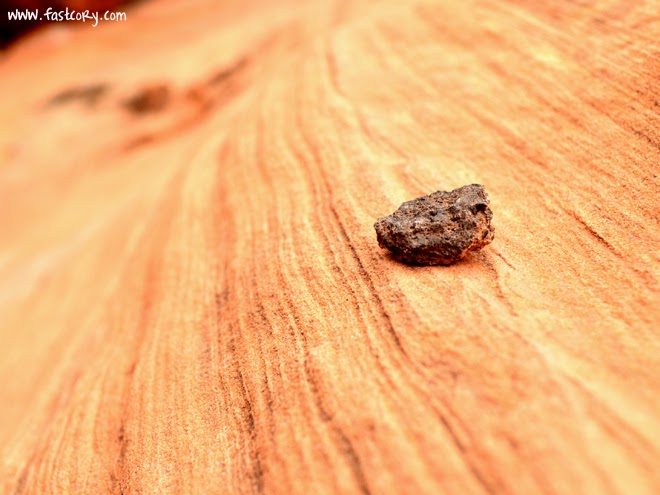 The two main places I hit in Kane Gulch were Turkey Pen Ruins, and my favorite, these Junction Ruins: 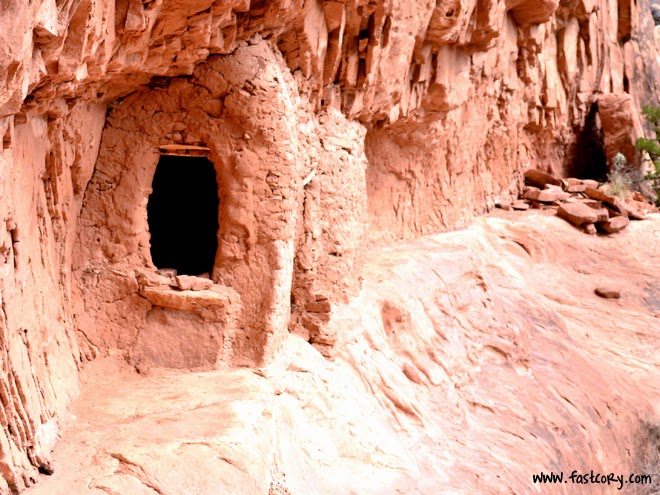 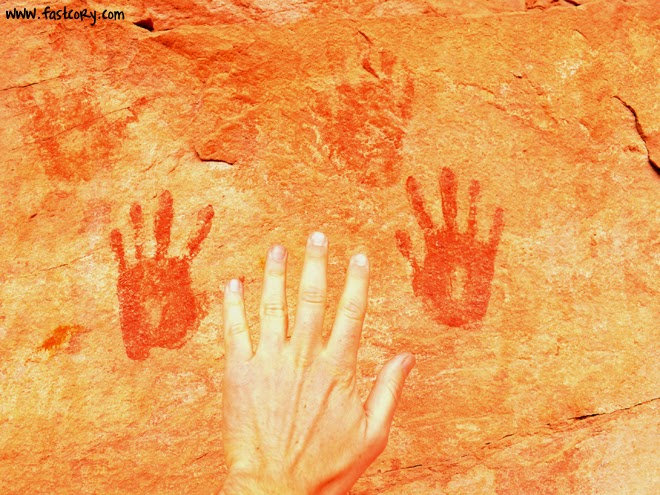 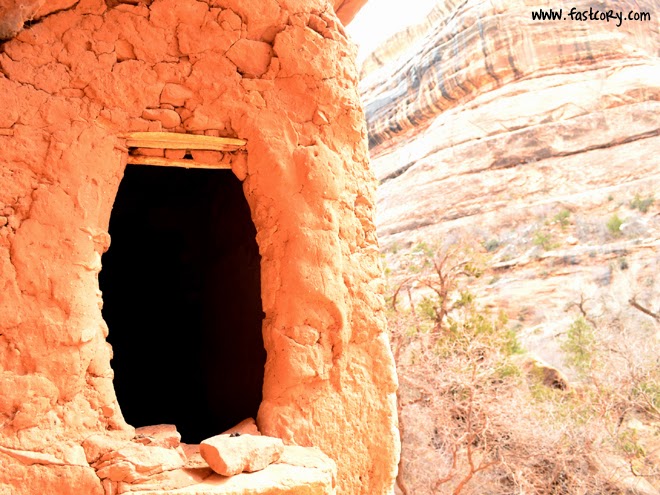 Many of the ruins were largely intact and it was awesome to look around the different structures. 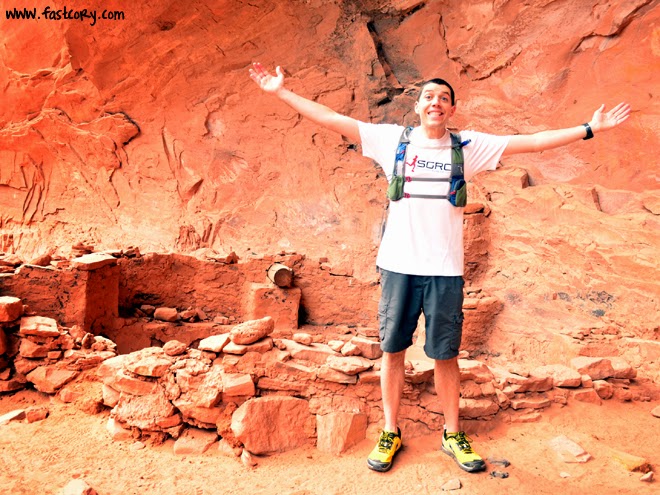 The last spot I (almost) hit was Muley Point. The road to the actual point was closed due to mud but I saw part of the overlook. I'd definitely suggest hitting up Muley over Goosenecks. Truly amazing. 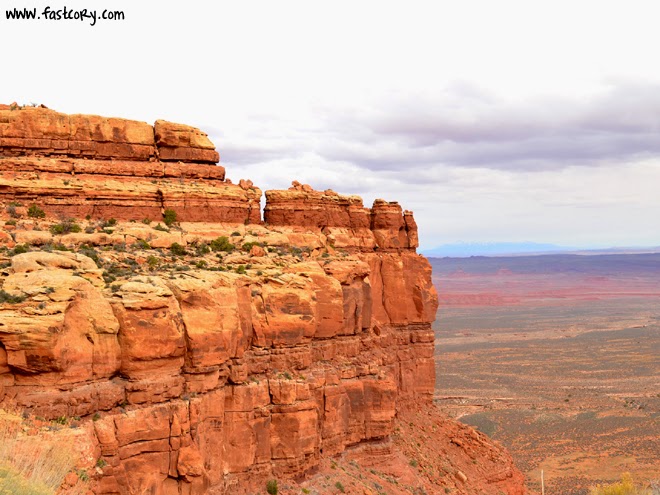 The road down will leave your cheeks puckered. I'm deathly afraid of heights and seeing this long, winding, steep, narrow road made me queasy. Thankfully it wasn't as bad as it looked. 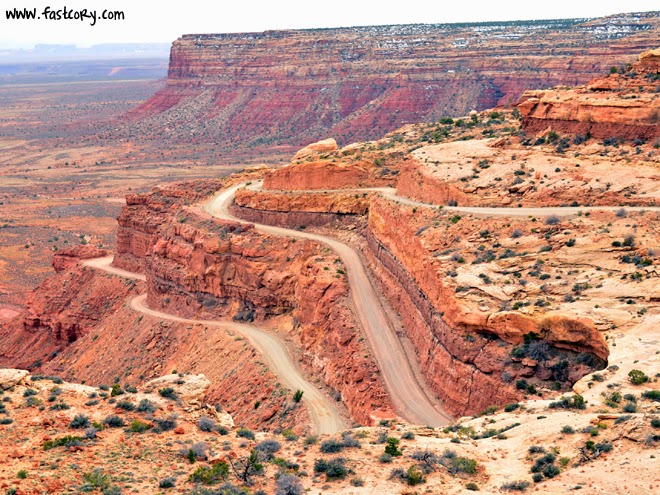 This entire area is full of jaw dropping scenery. Monument Valley is a little out of the way. You have to do a bit of driving to get there. But destinations on the trifecta challenge, not to mention the stunning beauty of the race make it more than worth the drive.
Posted by Cory Reese at 8:06 AM