I realized I had neglected to share some pictures from a fun run on Thanksgiving morning. We headed to my go-to trail when introducing new people to our trails: the More Cowbell Trail. 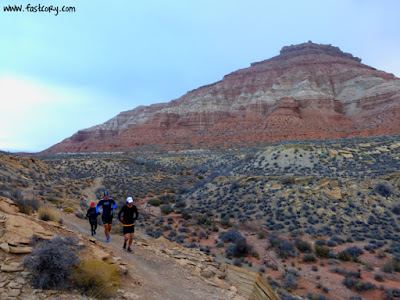 I went out with local friend Angel, new friend Tyler who is writing a book about southern Utah trails, and my old friend Jared Thorley who has selflessly helped me get through MANY rough spots in MANY 100 milers. We understand each other on an unspoken level and may be twins separated at birth. 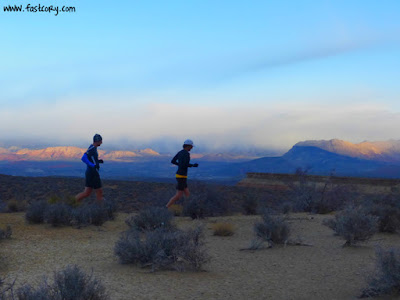 It was a cold, crisp morning perfect for burning off some pre-gluttony Thanksgiving calories. (This run helped justify one too many pieces of pie later in the day.) 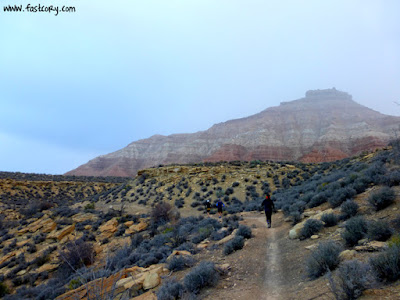 We rang the cowbell as we went by....because not doing so invites really bad running karma. The people who don't ring the bell are the ones who get eaten by mountain lions or lose their car key somewhere on a 20 mile run, or get the runner's trots. Ain't nobody want them runner's trots so you better just ring the bell. 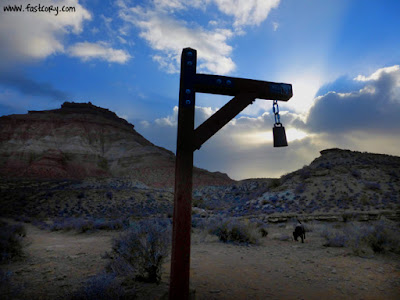 In closing, here is a picture of me, Angel, Jared, and Tyler....who were all a few pounds heavier later that day. 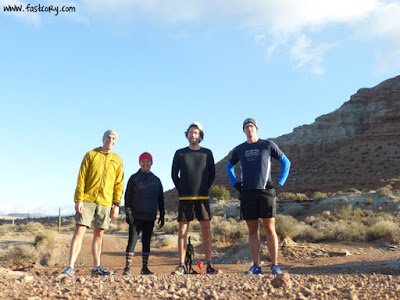