Monday, April 13th: 50 minutes on treadmill. This was our first full day in Washington DC. After going to George Washington’s house Mt. Vernon and the Air & Space Museum during the day, Mel and I went to the Fitness Room at our condo in the evening. It was hot, muggy, and moist. I did lots of hills on the treadmill.

Tuesday, April 14th: Lots of walking between Smithsonian museums and the US Capitol. I packed my stomach full of a huge hamburger and greasy fries for dinner at 5 Brothers Burgers. Yum.

Wednesday, April 15th: Lots of walking between the Holocaust Memorial and museums. I replaced any calories I may have burned during the day by eating some scrumptious chili and corn bread at the Hard Times Café.

Thursday, April 16th: Mel and I went on a run along the waterfront of the Potomac River on the Mt. Vernon trail. The weather was beautiful, and it was a really well-maintained, paved trail. I’d guess we did about 5 miles.

Later, we visited all the different memorials along the National Mall. I was really impressed with how many runners there consistently were in this area. There were a few times that it looked like runners outnumbered tourists. Seriously. I ran another six miles or so along the Mall later in the evening with a heavy backpack, and was very sore the next day. 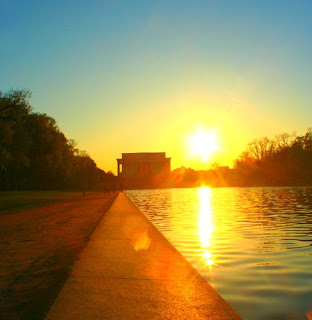 Saturday, April 18th: Mel and I rented bikes and rode along the Mt. Vernon trail. The bike shop estimated that we rode between 18-20 miles. 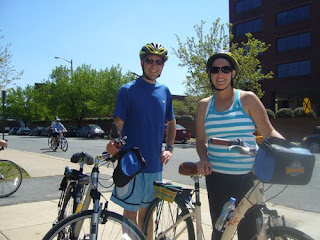 We even saw a guy on the path riding a unicycle. Clearly he was very confident and rooted in his masculinity. I’m going to go out on a limb and guess that the ol’ unicycle riding doesn’t pick up a lot of babes. 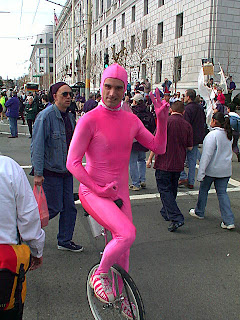