Monday, May 18th 2009: 5 miles in 49 minutes. I ran in the morning before work which is becoming the only option because it has been ghastly hot. I still feel groggy that early and my body frequently reminds me that I should be in bed. 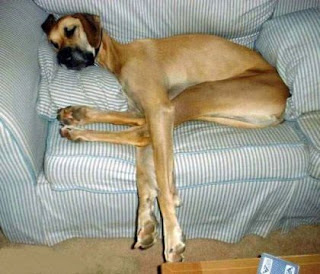 Tuesday, May 19th 2009: 30 minutes on exercise bike. This is mindless exercise as long as there is a basketball game on.

Wednesday, May 20th 2009: 4 miles in 35 minutes. I ran later in the day which was utterly miserable. I also tried to run too fast for my britches which encouraged a strong nausea sensation.

Thursday, May 21st 2009: 3 miles at track + 17 mile bike ride. I went on a bike ride with Tom Thursday night. It was long and challenging and exhausting. But....I didn't feel sore and beat up like I do after running. That was nice.

Saturday, May 23rd 2009: 10 miles in 1 hour 55 minutes. Me and Running are friends again after last week's brutality. The run today went great. Mel and I left at 5:30am and tried an experiment. We went slower, and stopped every mile to stretch and walk for 1 minute, whether we felt like it or not.

This worked perfectly. I wasn't hurting and exhausted and was able to get into the zone where I'm thinking about other things besides assessing which part of my body hurts the most. I planned to just run 9 miles but felt so good at that point that I ran one more.

I'm really going to work on slowing down for my long runs and doing more stretching during the run. I think this will help reduce the possibility of wanting to stop, curl up in fetal position, and spend the rest of the night sleeping on the side of the road.
Posted by Cory Reese at 6:48 PM