Exercise for the day: Recess At The Elementary School

Today I had the opportunity to meet Danica at her first grade class and eat lunch at the elementary school cafeteria. It was fun to see her face light up when she saw me walk into her class.

Lunch was stellar. I don't know how they recruited chefs from the nation's premier eating establishments, but trust me, they did. The firm chicken sandwich was scrumptious. The floppy fries were tantilizing. The squishy grapes were mouth-watering. The sarcasm is thick enough to eat with your plastic cafeteria-provided spork. But seriously, the tripple chocolate cookie was good enough to make a grown man cry. THAT was good. 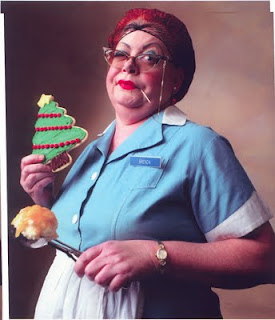 After lunch I went out to play with the kids at recess. If you ever need an ego boost, go hang out with a bunch elementary school kids. There were so many kids bunched around me that you'd think I was handing out Dairy Queen Blizzards. Kids from a few grades were outside and almost every one of them joined in the fun.

During one game called Ghost, the whole gaggle of kids was chasing me around the field. There must have been 40 or 50 little people in this swarm. I was bobbing and weaving like an NFL linebacker. Then suddenly....crunch. My bum ankle turned and hit the ground. But I wasn't about to be caught by the kids.

By the end of recess I was sweating and out of breath. I was proud that I had successfully dodged as many kids as I did. I waited for the group to heave me over their heads and carry me off the field while simultaneously chanting "Cory Is Our Hero!" Cue the "Rocky" music. I had an absolute blast with my 50 new best friends. This was the most fun I've had in a long, long time. Now that's exercise! 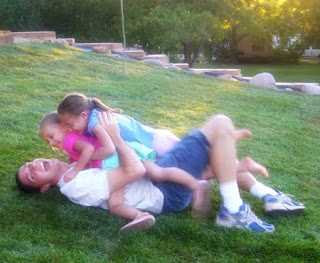 "In running, it doesn't matter whether you come in first, in the middle of the pack, or last. You can say 'I have finished.' There is a lot of satisfaction in that." ~ Fred Lebow, New York City Marathon co-founder