Monday, November 30th 2009: 3 miles in 32 minutes. I had a crazy week ahead of me and thought I'd get my long run done before work. I was planning on ten miles. It was dark outside. It was freezing. I ran about a mile and a half before I grew a brain and realized that my body was not going to go for ten miles. I wanted to give running a swift kick in the crotch.

Tuesday, December 1st 2009: Mel worked Tuesday night. I got the kids to bed then set out for my long run. I wanted to stay close by so I could check on the kids regularly.

SO I RAN AROUND THE BLOCK. FOR 10 MILES.

You read that right amigo. I ran around the block for 1 hour and 40 minutes for a total of 10 miles.

The "big block" by our house is around .86 miles. It was a beautiful full moon and, in a rare freak of nature, it wasn't windy. As mundane as it sounds to run around the block for 10 miles, it actually wasn't too bad. It was strangely comforting to know that I was never far from a bathroom. Or Twizzlers. The only bad part is that it felt like I was out running for seven hours.

Saturday, December 5th 2009: 3.5 miles in 35 minutes. At 10:30pm I got home from 11 hours of piano playing at the Dixie Center. I put on some warm clothes, applied two Band-Aids, and headed out to run around the block (again) for a few miles.

It was incredibly windy. It was a blatant reminder of why our city is named Hurricane. I expected to see Munchkins from the Wizard of Oz fly by. When I was running into the wind, it was blowing against me so hard that I couldn't hear my mp3 player. It felt like I was running in a swimming pool. And it was SO, SO, SO COLD. Like the bone-chilling cold. 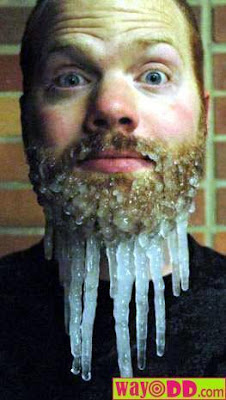 As I was running into the wind with my frozen snot clogging up my nose, I had to laugh at the sheer insanity of what I was doing. Honestly. It was crazy. Maybe I was dropped on my head too many times as a child.

Next week shouldn't be nearly as crazy so hopefully I can get back into my normal routine.
Posted by Cory Reese at 5:18 PM