Tuesday, January 26th 2010: 20 minutes on exercise bike. The only purpose was to help justify the inordinate number of cookies I consumed throughout the day. My self-control with junk food has completely vanished.

Wednesday, January 27th 2010: 4 miles @ 12:30 minute/mile pace. This was positively the worst run I've had in a long time. I felt out of gas. My knees felt like Chuck Norris bashed them with his nun chucks. My feet decided they wanted in on the action and decided to shoot with pain. I took 13 walk breaks over the 4 miles.

It was discouraging. It feels like my ambition far exceeds my physical ability. If I may use the mountains of southern Utah as a visual aid, you will see my ability since starting to run a year ago. Progress came quickly. Hard work produced results. But I think I've reached a plateau. My body doesn't seem to be cooperating quite as well.

Saturday, January 30th 2010: 8 miles @ 10:40/mile pace. I drove to the dirt road leading to the LaVerkin overlook for my run. After the first mile I strongly considered going back home because it was SO cold. I stuck it out though and it started to warm up toward the end. 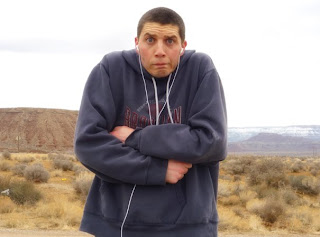 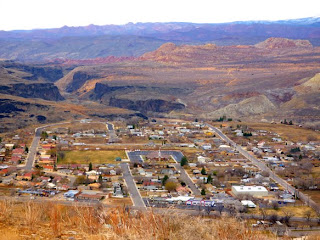 The whole road is either a steady uphill or steady downhill. My knees and feet were still sore, but nowhere near what I felt on Wednesday. Just to make sure we're clear - it was freezing. My under-nose region was raw from wiping snot with my sweatshirt. I am hoping that over the next week Chuck Norris will leave my knees alone. 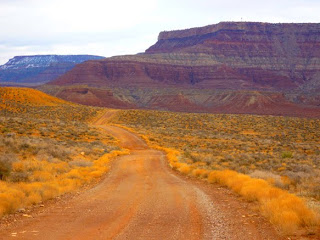