Tuesday, March 30th 2010: 7 miles @ 10:05 minutes per mile pace. I headed to LaVerkin and back for this early morning run. The temperature was splendid (that was the first time I've used the word "splendid" in years). My legs felt good.

Then when I got home from work I ran another 4 miles @ 9:15 per mile pace. I was feeling speedy, although by the time I got back home I was certainly pooped. To give you an idea of how I looked, my marathon-runner friend Darrel happened to drive by as I was standing on the driveway gasping for air. He rolled down his window and yelled "Don't throw up!"

Despite my near-vomit experience, I felt good. I felt strong. Like I could accomplish anything. 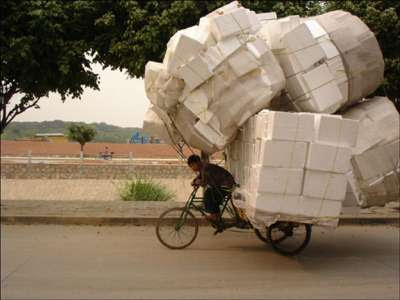 Thursday, April 1st 2010: 5 miles @ 9:48 per mile pace. I did an evening run in the Desert Reserve again. Before I left, I noticed some crazy clouds in the sky. It seemed like there were 100 shades of blue, gray, and white. I made sure to take my camera for the run.

Once I got there I was so thankful I brought it with me. I spent the whole run scrambling around the hills to get different vantage points on an approaching storm. Here is the view I had looking down the trail: 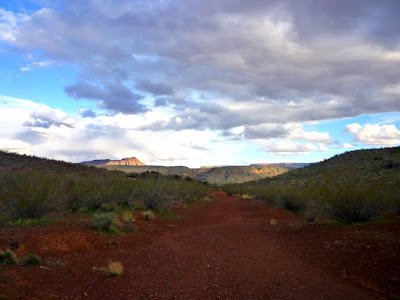 There was a brief period where the clouds opened up and the sun lit up one mountain in the distance. It was a beautiful thing to see. 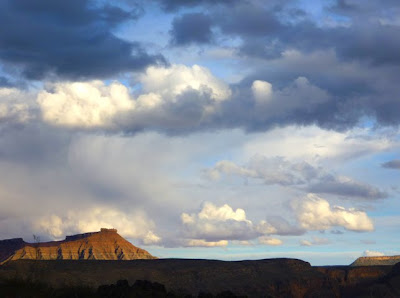 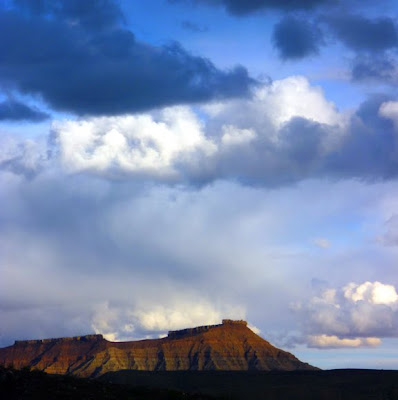 Saturday, April 3rd 2010: 10 miles @ 11:07 per mile pace. I did the first 10 miles of the upcoming Hurricane Half Marathon. Mercifully, it was not nearly as windy as last week's torture. For some reason I just couldn't get into this run. I never felt very good. I never got into a groove. I felt like a slug.

One positive accomplishment did occur though. I challenged myself to run all the way up Nemesis: the 1-mile long, seemingly vertical hill along the course. I definitely don't plan to run the whole thing during the race. I figure the energy I save by walking up part of the hill can be used to make up a little time after the hill. For all you peeps running the half marathon in three weeks, here are some lessons I learned:

Tips For Running Up Nemesis Hill
1) Keep your eyes focused 4 feet in front of you. If your eyes stray any farther up the hill to see what's ahead, you will positively burst into tears.
2) Disregard the feeling that your lungs are filling with molten lava.
3) Remind your knees that you would appreciate if they didn't buckle.
4) Ignore the sweat spraying into your eyes. As much as it might FEEL like sulphuric acid, it really isn't.

"The more I thought about what I get to do, the less I realized I had to do. It was just a shift, just a new perspective, just a new and more grateful method for labeling the things in my life. Think about it - if you stopped yourself every single time you were about to say 'I have to' and changed it to 'I get to,' it might change your entire perspective."
~ Kristin Armstrong, runnersworld.com
Posted by Cory Reese at 8:49 PM