1 Day To Bryce Canyon Half Marathon

Monday, June 12th 2010: Bike ride with Mel. It was getting dark so we only went 4-5 miles. I loved going fast and feeling the wind. The ride renewed my interest in getting a decent road bike. Right now I just have a clunky mountain bike. 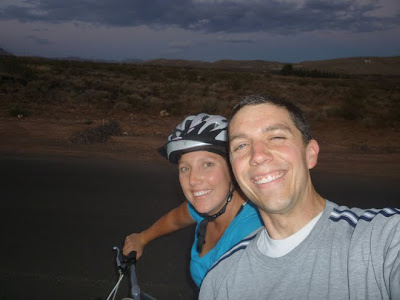 Wednesday, June 14th 2010: 1.8 miles @ 15:04 per mile pace. My 6 year old Kylee asked me if we could go on a run together. With my foot hurting, I planned to not run at all for the week to give some healing time before the Bryce Canyon Half Marathon in a few days. But I'll never turn down a chance to run with the kids. Jackson joined us too. Great fun was had by all. 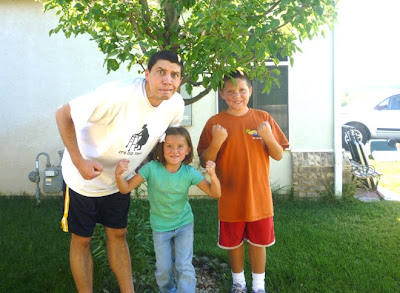 Thursday, June 15th 2010: 8 mile bike ride with Mel. I nearly died. Literally. I was going down a hill on the side of the road minding my own business when a car pulled up behind me and laid on the horn. I thought it must be one of my friends being obnoxious. But after 10 seconds of honking I turned around to see this punk kid who then sped past me.

I was slightly irritated. Then I saw him pull into the gas station a block ahead. I decided to pull in too and let him know that wasn't very cool. Well it just so happens that as he was pulling into the gas station, he honked at someone else because their door was opened and he couldn't get by (FYI: he could get by). Thankfully some other patrons saw him being a punk too.

So I pulled up behind his car and waited for him to get out. But when he did, a bit of my bravery evaporated. I realized maybe I bit off more than I could chew. It was a punk teenager with six earings and an attitude. I said "Why were you honking at me?" He said in a mega-sassy voice "Cause you were in the middle of the road!" (FYI: I wasn't in the middle of the road.)

The other people who saw him honking chimed in, nearly matching the punk's sassy voice and said to him "The world doesn't revolve around you!" Then a bunch of 4-letter words started flying and I figured that was my cue to leave.

Sooooo.....if I mysteriously die one day in a hit and run accident, look for a white car being driven by a punk kid with lots of earings and a "little man complex".

Friday, June 16th 2010: In a few hours we will be heading for Bryce Canyon with our friends Darin and Shelly. Optimistically, I would love to beat my time from last year: 1 hour 56 minutes. That is an average 8:36 per mile pace which is my half marathon PR.

A burglar would be wise to come to our neighborhood this weekend. Because seriously almost every single person within a mile radius will be doing the race on Saturday. I'm sure that great fun will be had by all. Stay tuned for the full race report!
Posted by Cory Reese at 6:54 AM