Monday, July 19th 2010: Mercy. I was SO, SO sore on Sunday and Monday following the Bryce Canyon Half Marathon. Those steep downhills give the legs a pounding.

There was a precise moment when I realized how sore I was. It was early Monday morning. I got out of the shower and realized that I let out a whimper when I tried to lift my leg to put my underwear on. Now that is sore. (And embarrassing.)

I've seen senior citizens with hip replacements get in and out of the car with less groaning than I made. Ouch.

Tuesday, July 20th 2010: 30 minutes on exercise bike. My legs were still very tender but I figured that a little movement may loosen things up a little bit. Aside from the extreme boredom, it actually wasn't too bad.

Wednesday, July 21st 2010: 5 miles @ 10:28 per mile pace. I planned to go do a very slow couple miles to help my legs start functioning again. I decided to go to one of my favorite places - the Red Cliffs Desert Reserve. Sore muscles appreciate dirt trails. Considering how achy I had been feeling, I was happy to get in five miles. Last year I waited a few days after the Bryce Canyon race before I tried running again. I made it three houses away before I turned around to come home. 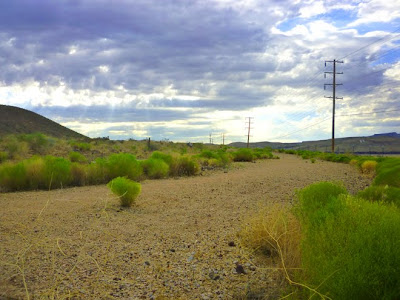 Friday, July 23rd 2010: 12 miles @ 10:28 minutes per mile pace. Mel and I ran on the Porter Rockwell Trail in Draper, Utah which was a blast. We also saw a wide variety of wildlife, including:
A Deer 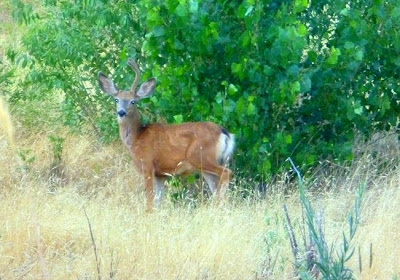 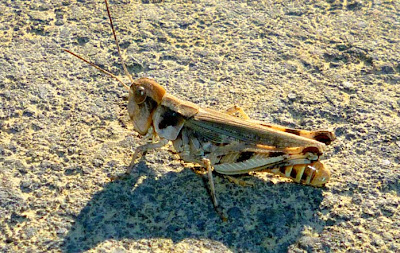 And even one Tyrannosaurus Rex in someones backyard! 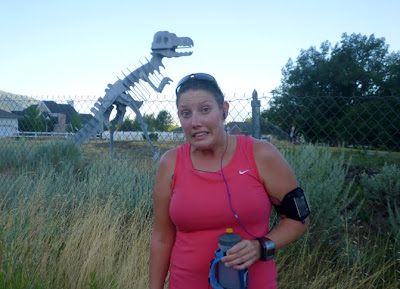 Saturday, July 24th 2010: 6 miles @ 11:20 minutes per mile pace. Mel and I ran again on the Porter Rockwell Trail. At one point Mel froze. Then she said "Oh shoot!" (Or another word very similar to "shoot".) "There is a skunk!" Sure enough, right ahead of us sat a skunk. Fortunately we avoided being sprayed, ran back home, and lived happily ever after.
Posted by Cory Reese at 6:59 PM