We had an incredible day yesterday spectating and volunteering at the 2011 St. George Ironman! I told my wife that I feel like each Ironman participant is like a celebrity because of what they've accomplished. The more I've gotten into each sport, the more I realize how absolutely amazing it is that a human being can swim 2.4 miles, THEN bike 112 miles, THEN run 26.2 miles. It is indescribable.

We arrived at Sand Hollow Reservoir and the crowd looked bigger than when we came last year. It was beautiful to watch the sun rising over the water: 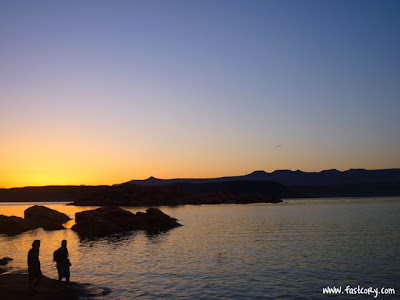 I was happy to be hanging out with my son Jackson and my brother-in-law Kelly who came down from Bountiful: 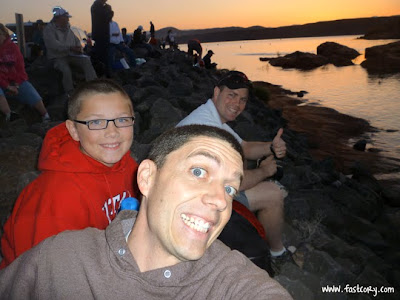 In the evening my sister Hollie, Mel, and I volunteered as catchers at the finish line from around 7:30pm until midnight. We had the best seat in the house helping the Ironman racers as they finished the race: 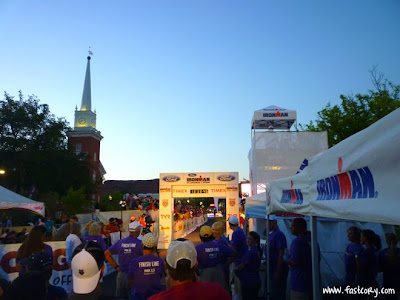 We had a bunch of friends doing the race and it was great to talk to them afterward. Our friend Ashley did the race last year and was crazy enough to come back again! 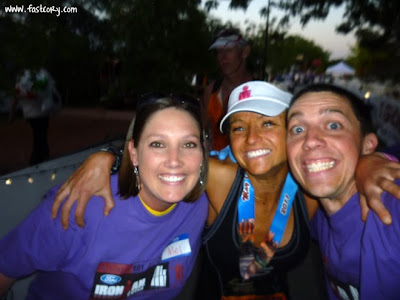 My sister Hollie is a race volunteer expert and had lots of fun. The first person we helped after our shift started wasn't feeling too good. We had to dodge some projectile barf, but that's definitely understandable considering the 95 DEGREE heat! I helped a guy who has completed many Ironmans including the World Championships in Kona and he said this was the hardest course he has ever done. Add that course to an unusually hot day and you have yourself a challenging race. 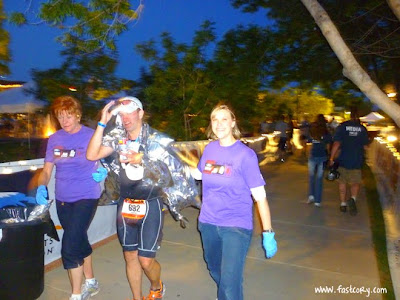 Mel and I helped a lady who was so happy and enthusiastic as she crossed the finish line. Then I looked down and saw that she was wearing CROCS! Yep, Crocs! We talked for a while and I found out that her name is Lorraine Gersitz and she is an official Crocks Ambassador with an AWESOME blog you can check out HERE. (She has run 161 marathons and LOTS of ultramarathons!) She was so friendly and kind. 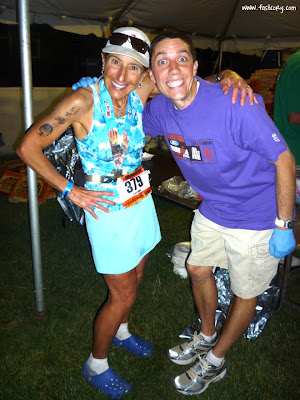 Some of the professional athletes came to watch the end of the race which was so cool. It is awesome to be with people who excel at one of the hardest things someone could ever do. I was able to talk with Heather Wurtele who won the female division last year, came back this year, AND WON AGAIN! Simply incredible. She was so nice (and walking so good considering that she won the women's race earlier in the day!). 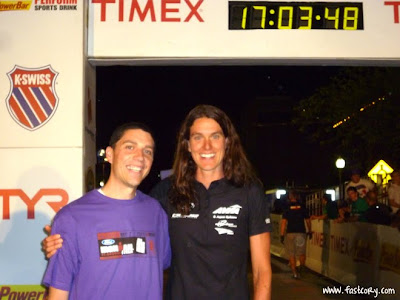 I also met Mathias Hecht who won the St. George Ironman this year and set a new course record of 8 hours and 32 minutes! 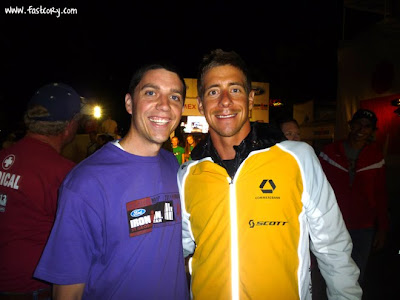 We had so much fun being involved in this event. It was great to spend time with Hollie and Mel. I admire every person who crossed that finish line and became an Ironman! 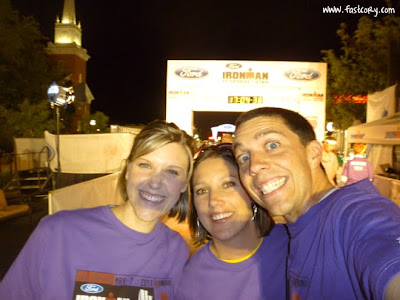