I remembered the minor detail that you're supposed to take a little time to RECOVER after running a marathon. I didn't do that too well last week. So I decided to make this my LAZY recovery week.

A recovery week wouldn't be complete without ice cream, a pack (or 3) of Hostess donuts, an enormous gas station cookie (or 3), and half a tub of cookie dough that my wife and I hid from the children so we wouldn't have to share.

BUT....don't send the Diabetes Police yet. I also ate a ton of fruits and vegetables. I even got made fun of at work for my ultra-healthy lunch.

That night I also ran an easy 3 miler. For me, exercise = sleep deprivation. I either get up painfully early or run late at night. Tuesday night I didn't get home until 11:20pm. Ouch. I tried to get a picture of the bats that fly all over at night. (FYI: getting a picture of a bat is HARD!) This is the best I could do: 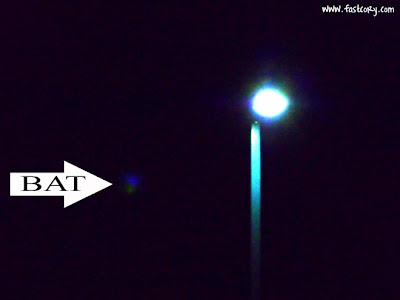 Thursday, June 23rd 2011: 2.5 miles at the track with Jackson. Jackson got up early with me so we could run before it became 384 thousand degrees outside. Good times. 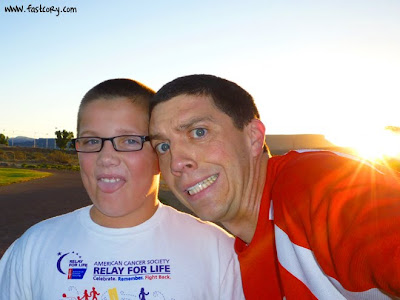 I love this track because it's dirt. I'm a firm believer that any mile on dirt or trail is better than a mile on pavement. (I've finally gotten used to running with large quantities of rocks in my shoes.) 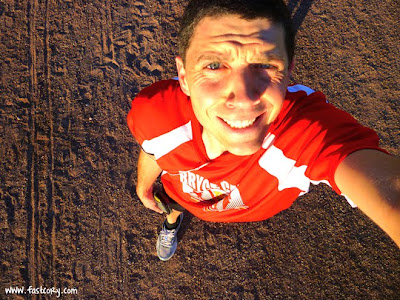 The rest of the week: nothing. Glorious nothing.

Do you ever get made fun of at work for what you eat?

I do every once in a while. I'm okay with it though. When I eat healthy I don't feel guilty when I do indulge.

"You have to wonder at times what you're doing out there. Over the years, I've given myself a thousand reasons to keep running, but it always comes back to where it started. It comes down to self-satisfaction and a sense of achievement."
~ Steve Prefontaine
Posted by Cory Reese at 9:01 AM