I ran my first marathon two and a half years ago. If you had told me at the time that 2.5 years later I would be running my 10th marathon I would have washed your mouth out with soap for lying. But the Utah Valley Marathon on Saturday was indeed my tenth marathon. Just plain nuts.

The weekend started out Friday night with lots of carbo loading at Carrabbas with our friends Ashley, Matt, Ty, Tom, Liz, Mel, and Renee. I have some CRAZY fast friends. Except for Mel who ran the half marathon, these guys finished the marathon hours (yes, HOURS) before me. They rule. 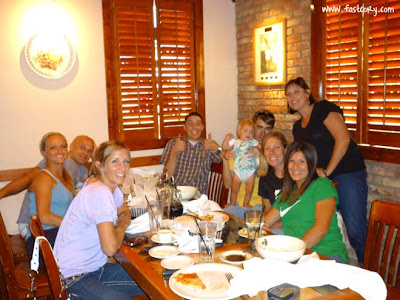 Bus loading for the marathon started at 3:30am. (WHAT?!?! As if running 26.2 miles wasn't hard enough already.) You won't believe who I saw at the starting line! 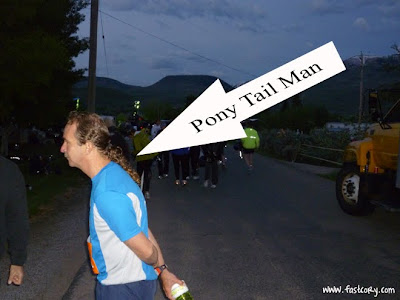 Yes - Pony Tail Man! (You can read more about him here.) Pony Tail Man doesn't know he's stalking me, but I've been seeing him a lot lately.

His pony tail is funny. I giggle every time I think about it. But let me be very clear. Would I grow a pont tail like this if I could? Um, in a heart beat. I can't make fun of him too much. After all, I wear a fanny pack when I run. 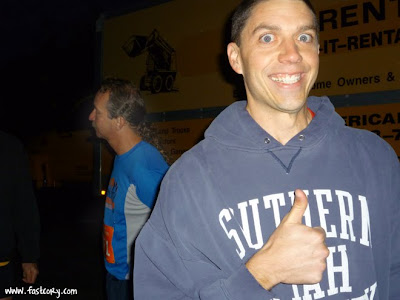 The weather started out perfect. Thankfully no rain like when I ran the race last year. I had fun seeing lots of friends and fellow bloggers. And the scenery....incredible. 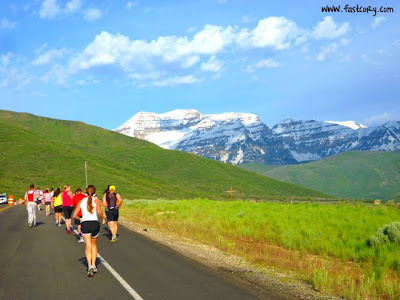 My knees felt way, way better than the Ogden Marathon three weeks ago. To be honest, that race was miserable. But for this race I actually felt good and had fun. I pulled out the Happy Anniversary Mel shirt from last year (our 13 year anniversary!): 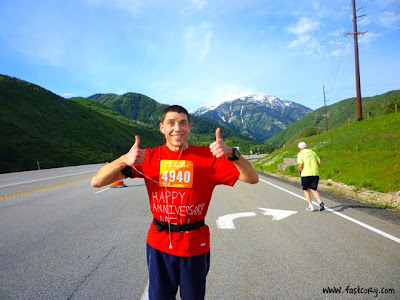 For some reason I felt very strong mentally during this race. I remembered a quote by Ryan Hall about staying focused on the moment and not being distracted by what you still have to do. I think I did this better than any other race I've run. 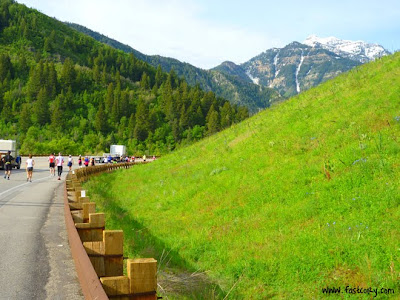 I was so happy to get to the aid stations that had oranges and bananas because I was HUNGRY. If they had offered a Denny's Grand Slam breakfast I would have taken it. 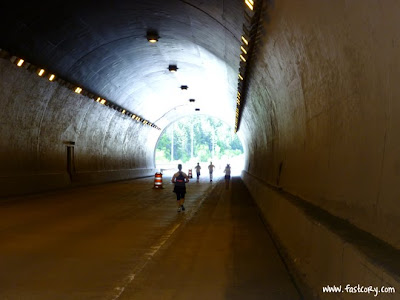 Something peculiar happened around mile 20: I started feeling good! I got into kind of a groove and passed lots of people in the last six miles when it seemed like most people were doing the marathon death shuffle. Although this aid station around mile 22 seemed pretty appealing: 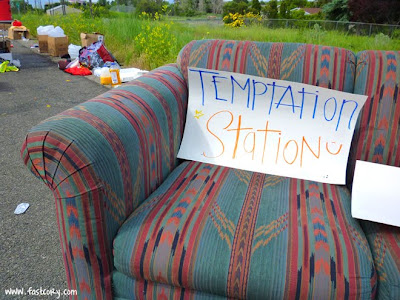 On a serious note, the volunteers at this race were exceptional. Each of them was so happy and helpful. I made sure to tell each of them thanks. It's really cool that people would give up their Saturday morning to stand in the heat and give me a cup of water.

I kept pushing hard. Around mile 23 I received the most glorious gift: half an Otter Pop! It had gotten hot outside and my skin was on the brink of igniting so this little gem may have saved my life: 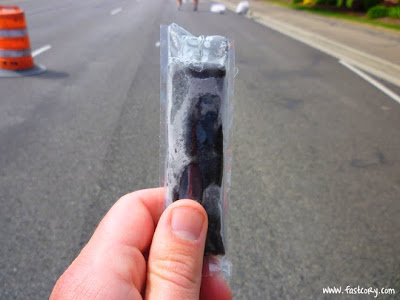 I'm not a very emotional person but I got really choked up at mile 24. I just felt so overwhelmed and thankful that I am able to do this marathon thing. I felt so thankful that I was in the home stretch and still feeling good. The last two months since the Red Rock Ultramarathon have been difficult so I felt so happy to actually feel like a runner again. By this point it was really challenging to get one foot in front of the other, but I kept myself running! It was one of those times where I re-learned that I can do hard things. I can do hard things. Mile 24 was a pretty powerful moment for me.

I am not fast. I am not a particularly good runner. But I am tenacious and stubborn and determined. And I am too legit. Too legit to quit. The last half mile was so fun for me. I ran fast. I whooped and hollered. I gave a high five to every single spectator I could see and then I crossed the finish line in 5 hours and 24 minutes! 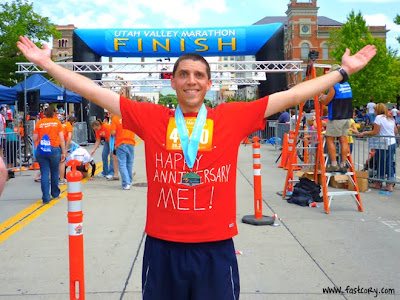 I felt so, so happy. It was such a huge mental boost to finish the last six miles strong. For most runners, a 5:24 marathon would have them thinking about jumping off a bridge. I realize that for most, 5:24 would be considered a dismal failure. But for me, in that moment, I was ecstatic.

I was also on the verge of blowing chunks after running so fast for that last half mile. The heat and fatigue were starting to make me a tad loopy by the time I met up with Mel and our awesome friend Braydon who both rocked the half marathon. 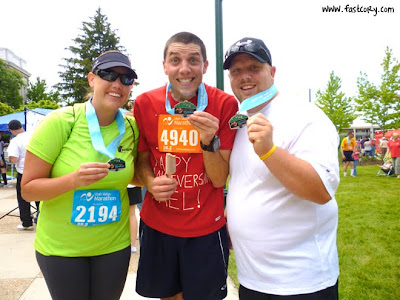 I had moments during the race when I thought "Why am I doing this?" But everything became so clear at mile 24. The pain and struggle led to a life-changing experience. 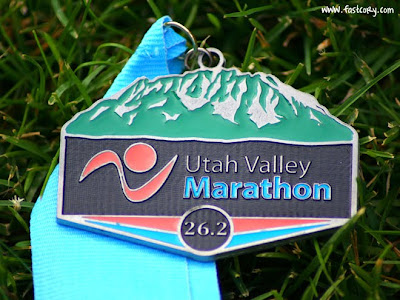