Bike Injury and Attack Of The Mosquitoes

We had a scary incident during a bike ride last week. Me and Mel were riding on a small one-lane road and we saw some cyclists coming from the opposite direction with a car behind them. Right as we were about to pass each other the car swerved out to pass the other cyclists but it was coming right toward us!

I veered off the side of the road into the dirt and Mel, who was right behind me, swerved over to the dirt too. Unfortunately the dirt and rocks caused her to wreck. She fell and got a huge bruise on her hip, and scraped her elbow and her knee. 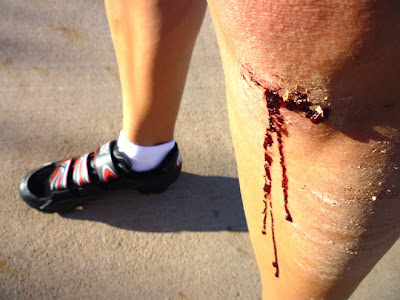 I was livid. The driver just sped past and didn't even stop. It's scary to think that if we had been a second later in swerving off the side of the road we would have been hit. Grrrrrrrr.

A few days later we went on an early morning ride. There was an amazing sunrise, but also an amazing amount of mosquitoes. I made three quick stops to take pictures and later in the day I felt my whole body starting to itch. I asked my wife to write a summary because if I told you, you'd think I was exaggerating:

"My poor, poor husband has the sweetest blood known to mosquitoes. While on one of our bike rides he got eaten alive (literally). That night after he got home from work he showed me the mosquito buffet. His body was covered in bites. I think we counted 56. He even had tons on his back....and he was wearing a shirt! These are not typical mosquito bites. His bites swell up like the size of Texas! Well not really, but probably the size of a lima bean.

I felt so bad for him. He couldn't keep his legs still when we tried to go to sleep. He felt like his skin was crawling. We tried every treatment but nothing worked. He learned his lesson. Today when we went out the first thing he did was go spray insect repellant. I still love him even if he smells like DEET!" 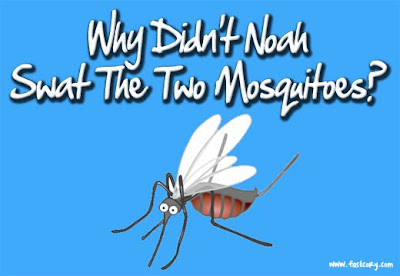 Here are the sunrise pictures I sacrificed my body for. You decide if it was worth it: 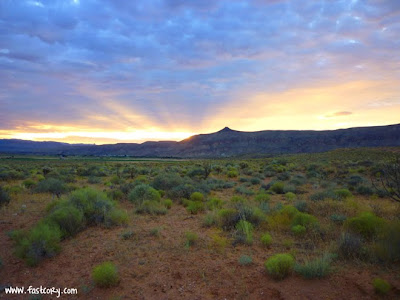 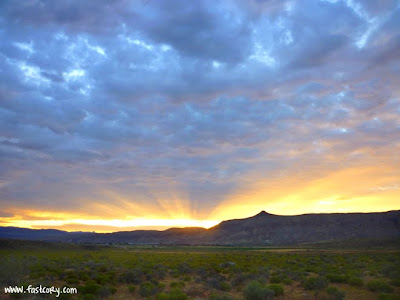 Then the sky really lit up: 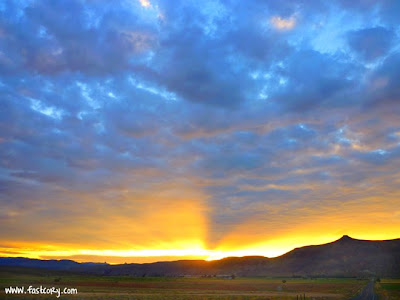 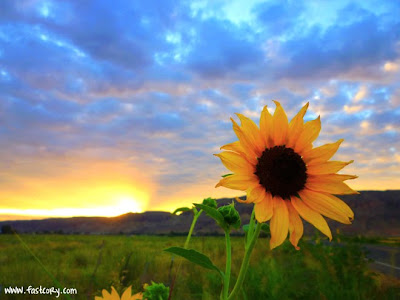 Pardon me while I go back to itching my legs until they look like Mel's bike injury.
Posted by Cory Reese at 2:15 PM