I Got My Sweat On

It was a busy week and I definitely got my sweat on.

Monday, August 22nd 2011: 4 miles @ 11:34 minutes per mile. I decided to join Mel and a few neighbors for a late night run through the neighborhood. It was roughly 365 degrees outside and I was still sore from the half marathon a few days ago. Not my most favorite run ever. Here is Mel, Mel, Jess, and me showing how excited we were to return to the world of air conditioning. 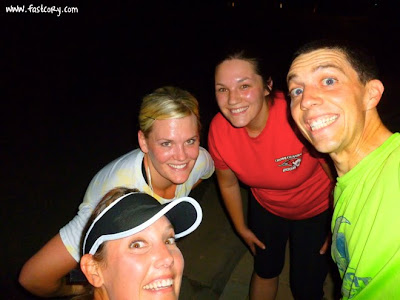 Wednesday, August 24th 2011: I planned to do eight Yasso 800s at the track but was a tad nervous because I was still a little sore.

I stood there for a few minutes losing half my body weight in sweat and thought "Hmmm, I actually still feel pretty good! I could probably do a few more of those. So I did! Two more at 3:48 and 3:39. I still can't believe how well I survived 10 Yassos. This was a big confidence boost for me. Here is the After Yasso 800s picture: 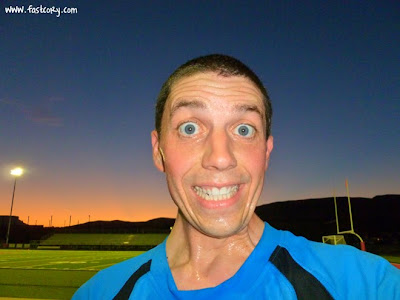 After that I did my absolute favorite part of the track workout - taking off my shoes and running a few laps on the new synthetic turf at the track. It is so soft and springy. I promise you, in heaven the streets are paved in synthetic turf and shoes aren't allowed. 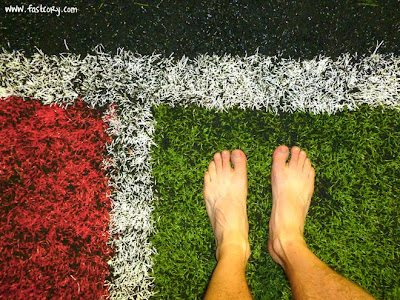 Thursday, August 25th 2011: 17.3 mile bike ride @ 13.8 mph. I went out with Mel and my amigos Matt and Kyle. I had to keep stopping and then trying to catch up with them. There was a storm coming in and I couldn't help stopping to take pictures. 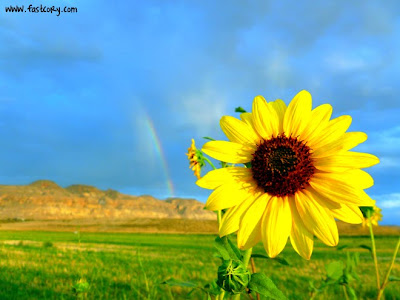 I have been waiting for a day like this where the lighting was perfect and I actually had my camera. (Unfortunately I picked up a bunch of bug bites when I stopped for pictures. Grrr.) 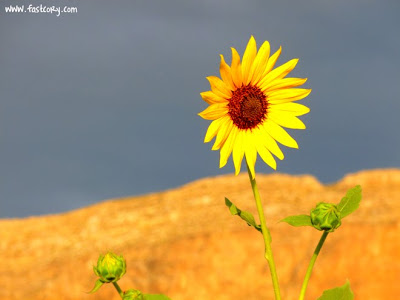 It was crazy hot and crazy windy so it wasn't my most favorite ride ever. I was hoping the rainbow would come out a little more but this was the best we got: 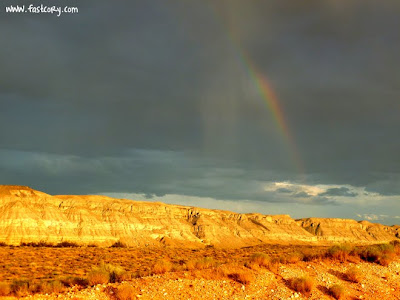 Saturday, August 27th 2011: 20 miles @ 10:54 minutes per mile! I joined a bunch of friends to drive to the St. George Marathon course, leaving at 3:15am. No, that is not a typo. We left at 3:15am. Please, slap some sense into me. Even that early, the heat was smothering and I could not get into a groove. I was miserable. I dreaded the sun coming up. 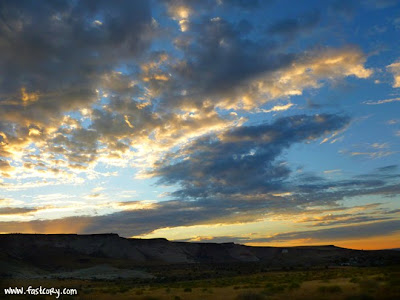 I ran with Mel and Jess for the first 10 miles. It felt like it actually cooled off a few degrees and I started to feel better. 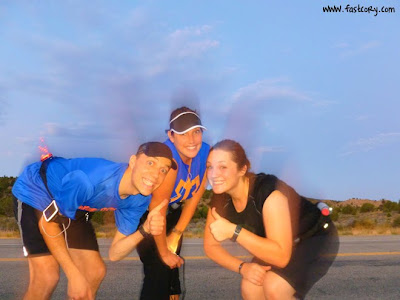 At 10 miles Jess and I sped up and ran the last 10 miles together at a pretty good clip. We even went, dare I say....fast! She definitely helped keep me on track if I started to lag a little and maybe I helped her through some tougher times too.

Here is our 20 MILES! sign. Either we each fell asleep in a tanning bed and woke up 16 hours later.....or it was insanely hot outside: 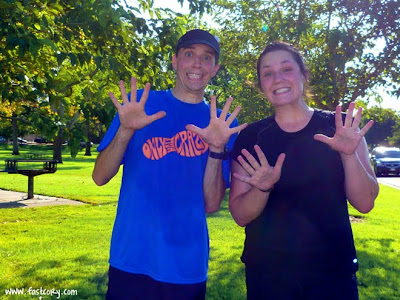 That feeling of going fast for 10 miles then finishing a 20 miler with a sprint was almost worth getting up at 2:45am. Almost. I plan to remind myself of this feeling at the end of my upcoming marathons. All in all, I got in 37 miles of running this week but if it doesn't start to cool down soon I'm not going to have any sweat left.

How does the heat effect your running?