My love for Hostess runs deep. Last year I decided to organize a little fun run called the Hostess Half Marathon where crazies run 13 miles while eating a Hostess product at each of the five aid stations. We had such a good time last year that I decided to do it again.

This was our kitchen table the night before the race. You can not fathom what an incredibly tempting problem this was to be surrounded by Twinkies. 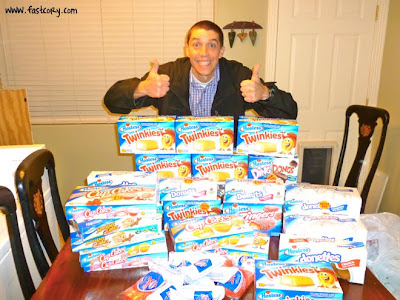 The morning of the race was chilly but it warmed up as we started moving and increasing our body fat content. At the starting line I saw Andrea, Alicia, and Craig who were sporting some SWEET homemade shirts. (Craig went on to win the Torpedo Twinkie Award - fastest race finisher - with a smoking time of 1 hour 21 minutes!) 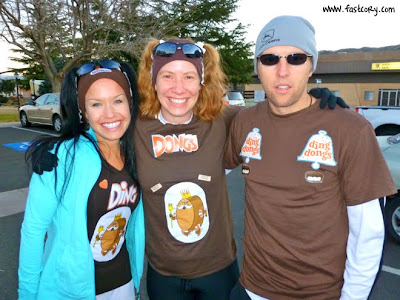 The thing I like best about this "race" is that it's more like a neighborhood fun run with lots of laughing and good food. I didn't advertise at all, I just told a few neighbors and we ended up having quite a crew. 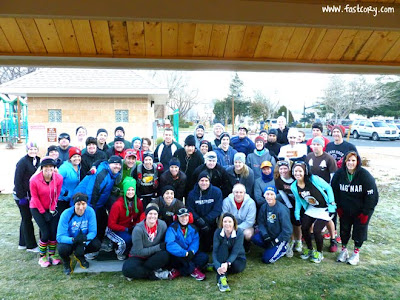 At each aid station, a volunteer marked our hand to verify that we had eaten the Hostess product. I heard someone say they were worried about eating something every two miles. I think everything at the aid stations looked so delicious that I had trouble choosing which one to eat. 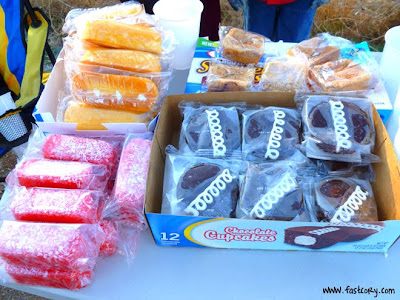 By the look of things, it doesn't appear that my friends Shane and Alex were too concerned about the race requirements: 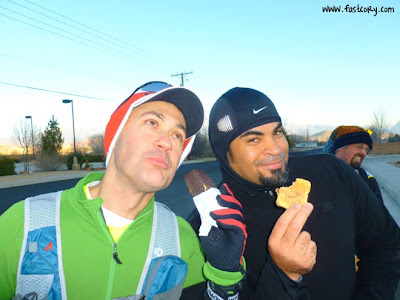 I ran with Mel the whole time which was so fun. At one point she said "Look behind us." I saw this awesome scenery with runners on the horizon. One of my favorite pictures: 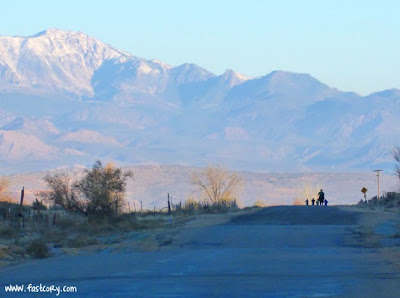 It is an out-and-back course so it was fun to see people after they had turned around to head toward the finish line. Here is Jason, Logan, Dustin, and Lyle after having one too many Hostess products: 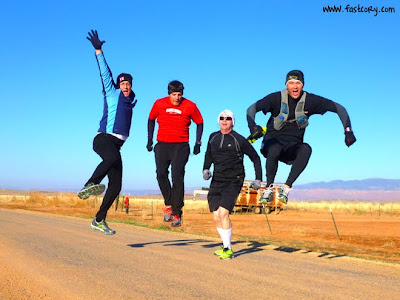 This was not the first time I have seen Cherie catching some air: 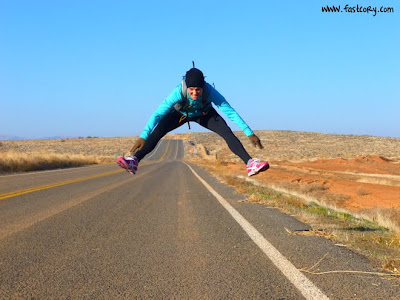 Will and my brother Kenny also got in on the Air Jordan action: 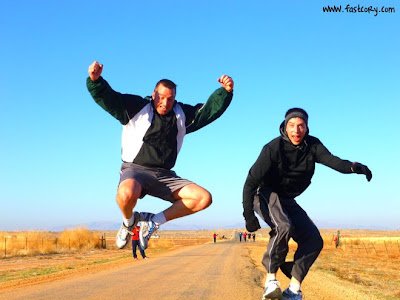 I just wouldn't feel good about myself if I didn't attempt a jumping picture during a race. I passed the camera off to Mel and she snapped this. (I apologize for how closely I resemble a really nerdy cheerleader. Certainly not the first time.) 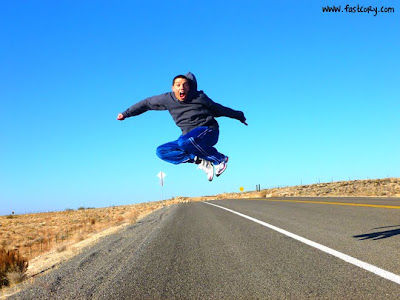 The volunteers for this race were so amazing. I can't thank them enough. At the turn-around aid station Melissa and Nicole were helping out. They even had a Christmas tree and some Christmas music bumpin'. A+ for creativity! 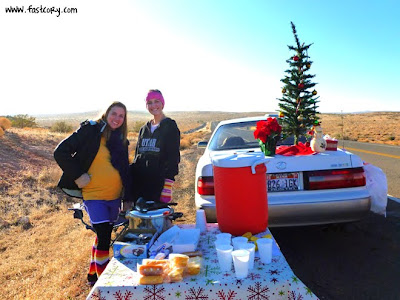 I had so much fun during the last half of the race running with Mel, Shane, Alex, June, Braydon, and Micah. Remember how we got a mark on our hand each time we ate a Hostess product? We needed to have a total of 5. Check out Micah's hand! He as 12 (yes, 12!) marks on his hand! He won the Hostess With The Mostest Award (person who eats the most Hostess products). It was so funny to run with him and watch him try to not throw up enormous quantities of Twinkies. 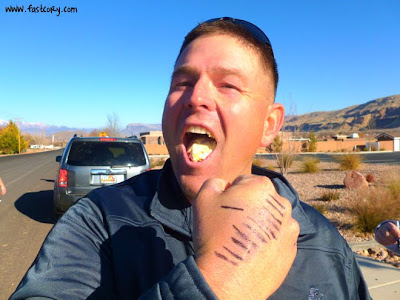 I had so much fun at the "race". It combined three things I love: hanging out with friends, running, and eating junk food. Here is me and Mel sporting our fat bling: 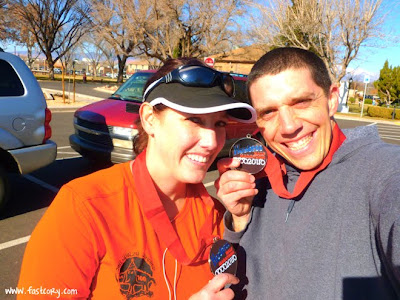 I was so happy with how the medals turned out. They are big and they look good enough to eat. Check out Amber's race report for more pictures I missed. Thanks to all the volunteers and runners who showed up to make the Hostess Half Marathon so much fun! 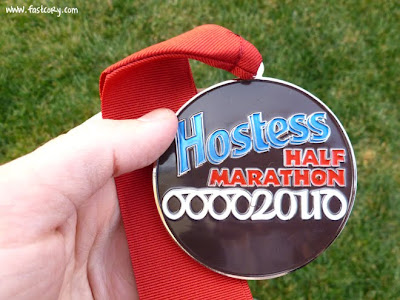