Hypothermia, Suffering, And A Rainbow 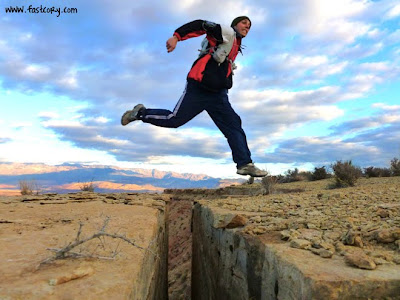 Tuesday, January 17th 2012: 3 miles @ 10:09 per mile. I went to a big hill then just ran up and down for three miles. When I got to the top, I had to stand there for a minute trying to coax the molten lava out of my lungs. A peculiar thing happened after two miles. The macaroni and cheese from a few hours earlier started begging to jump back out of my stomach to have a rendezvous with the sidewalk. This hill is hard. Maybe next week I'll have a Hill-Naming Contest.

Saturday, January 21st 2012: 13 miles @ 12:24 per mile. This run was more miserable than listening to an entire Michael Bolton CD. It was raining hard in the morning and I contemplated running 20 miles on the road. Heck, I was even desperate enough to consider (gasp) the treadmill.

But in the end I decided to put on my big boy pants and go to the Diamond Ranch Academy dirt road. It became an outright downpour and I was quickly soaked. The wind was blowing like crazy. If my parents had seen me out there, they would have slapped me. The dirt around here is terrible when wet. It quickly turns into an inch of modeling clay on the bottom of your shoes. 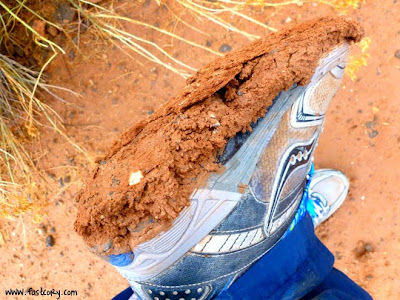 After a few hours of running a funny thing happened. This van pulled up and drove next to me while I was running. The guy rolled down the window and said "Are you okay?" I told him I was fine. The lady next to him seemed very concerned. She asked me twice if they could give me a ride. I reassured them a few more times that I was okay before they drove away. That was nice of them. And funny. Here is what the road looked like: 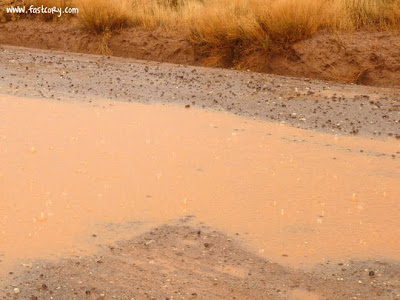 I've told you before that I like to run by myself. But I had a partner join me for this run. His first name is Hypo and his last name is Thermia. And I must say, Mr. Thermia is a punk. My clothes were drenched to the core and I was shivering. Every cell of my body was miserable.

But here's the thing: that's why we train!!!! Our training is what teaches our body how to handle difficult situations. It builds us up mentally and physically. We can call on that during a race and we will be prepared. I think that's the purpose of training: teaching our body that it's okay to suffer a little.

And then something incredible happened......the rain let up! There was even a glimmer of sunlight! 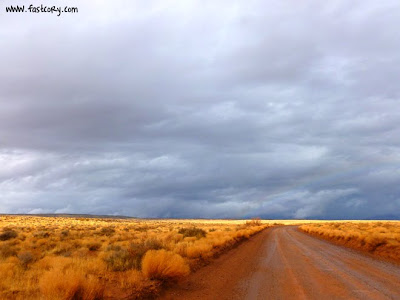 Suddenly all that misery was repaid as a beautiful rainbow stretched across the sky. 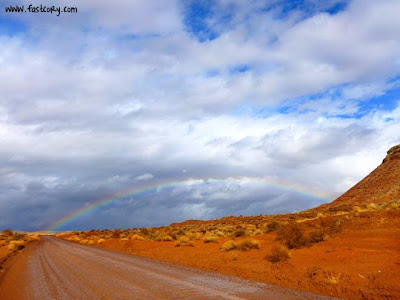 The storm broke and blue skies appeared. I saw an incredible view of Gooseberry Mesa from Gould's Rim which I had never run before. 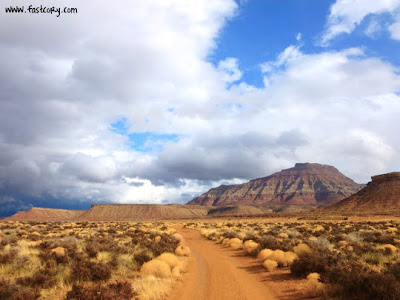 So in the end I ran 35 miles for the week. I hoped to be higher, but these were some pretty hard miles so I'm happy with how it went. I drained the hot water heater a few times this week trying to thaw out after running.
Posted by Cory Reese at 6:47 AM