My Funny Whitney Houston Story (And Some Running)

Wednesday, February 8th 2012: 24 miles @ 12:15 minutes per mile. I started the run with the Hurricane Rim Trail. Although the scenery is incredible, I think this is a fairly challenging trail. There are spots that are pretty technical, at least for my clumsy feet. 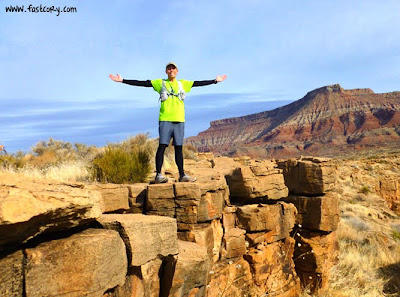 I stopped back at my car after about 15 miles to refuel. If this won't cause a sugar crash, nothing will! 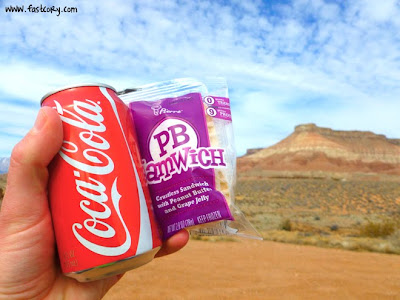 Two thumbs up for the phunkadelic clouds. I've learned that it's hard to take a good picture without some clouds. 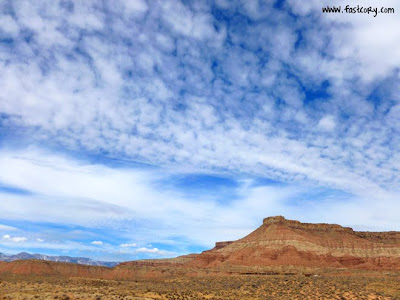 Later I ran some side trails (I don't believe they have a name). I think the hardest part of the run wasn't the 24 miles, it was the 3,285 foot elevation gain on tricky trails. I was feeling pretty tired by the end, but gave a little kick at the end and my last mile was the fastest - 8:50. 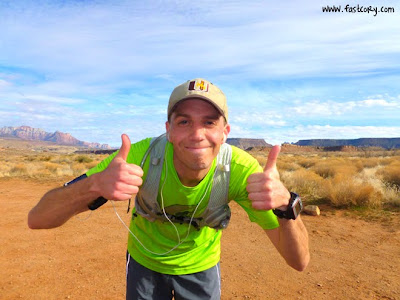 Thursday, February 9th 2012: 6 miles @ 11:17 minutes per mile. I was surprised how good I felt after running 24 miles the day before. I spent my time dodging cars. There were some positively crazy drivers on the road that night.

Saturday, February 11th 2012: 20 miles @ 11:43 minutes per mile. I had my first experience running on Little Creek Mesa. I met up with Matt Gunn, the race director for the Zion 100, and Justin Nelson, the only other person from Utah who ran the Javelina Jundred. (FYI: They are fast.) (FYI: I'm not fast.) 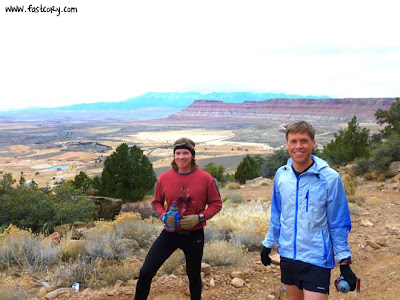 I really enjoyed hearing about the planning for the Zion 100 from Matt. I think it's going to be such an awesome race. The trail up to the top of the mesa includes some cool views of the Kokopelli Golf Course down below. To get an idea of how high you climb in the first mile, here is what my car looks like from above: 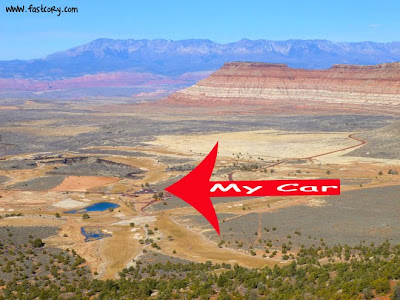 I stuck with the speed demons for 4 miles before sending them on their way and I did another 16 at a slower pace. There were lots of birds flying around for some reason. Fortunately I don't think they were vultures. 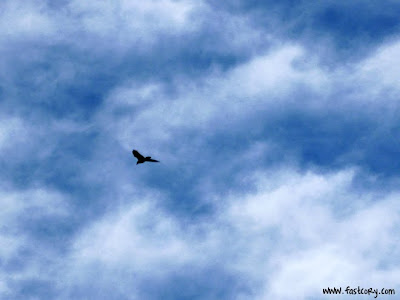 I finished my last two miles around the golf course and liked the scenery with these amber waves of grain weeds. 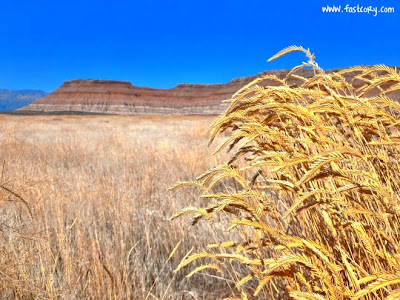 The 60 miles I did this week felt pretty hard, with a total of 7,198 feet climbing. I seem to be recovering from the runs pretty quickly which I am thankful for.

Want to hear a funny story? The jukebox at the local bowling alley used to have Whitney's song "I Will Always Love You" on the song list. (Before the bowling alley closed a year or two ago.) So my brother-in-law and I would go bowling and take a pocket full of quarters. We would pop tons of quarters in and play "I Will Always Love You" over and over again. (FYI: that song is like 9 minutes long!) It was hilarious to watch bowlers get so angry when they had to listen to repeats of Whitney Houston.
Posted by Cory Reese at 6:59 AM