Running With A Morbidly Obese Cow

"With the marathon, you don't swing for the fences on your first try. It's a race you've got to learn. It takes time to master the feeling of a marathon." ~ Keith Hanson, co-founder of the Hansons-Brooks Distance Project

Monday, January 30th 2012: 6 miles @ 10:49 minutes per mile. Later that night I did 5 miles @ 9:29 minutes per mile. I don't know what happened Monday night. My body felt like Usain Bolt freakishly good and seemed to hold up to going faster (I know, "faster" is relative). Can I still keep my Runner Membership Card if a 9:29 pace feels like speedwork?

Tuesday, January 31st 2012: Rest. I am starting to really like the idea of doing two runs in a day which sets up an extra rest day. I think I will be doing this more.

Wednesday, February 1st 2012: 22 miles @ 11:58 minutes per mile. I started out by running the Gould's Rim Trail again. After my first experience with it last week I was anxious to go back and run the whole thing. Some sections are fairly technical but the scenery is amazing. 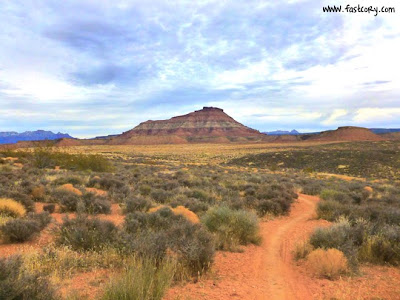 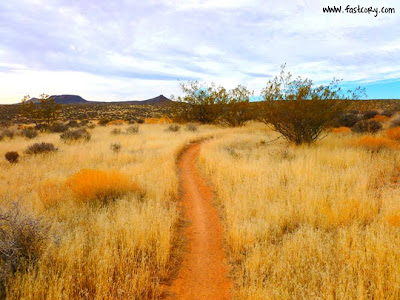 After doing an out-and-back on Gould's, I stopped at my car to refill water and eat a pack of Hostess Crumb Donettes, then finished the rest of the miles on the Jem trail. I came across a herd of cows hanging out on the side of the trail and dodged a number of their pies. 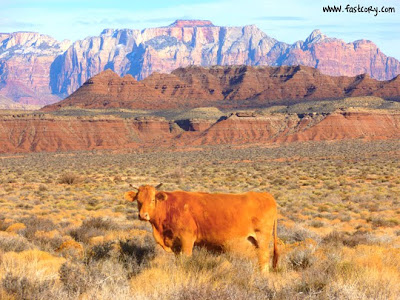 They were close enough that I was worried they would come after me which would cause me to curl up into fetal position, start crying, and sucking my thumb, but thankfully they stayed put. Heck, they didn't even moo at me. I spotted this cow that made me laugh. Tell me this is not the funniest looking, mostest morbidly obese cow you have ever seen: 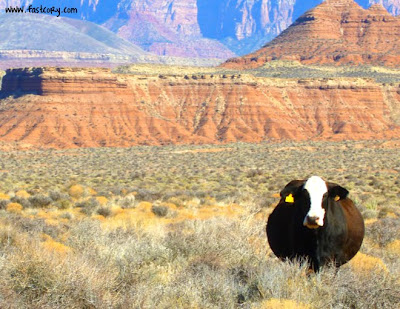 In the last few miles some cloud cover rolled in and made some highly awesome lighting. Standing there on the trail watching the clouds roll over me was so pretty that I got goosebumps. 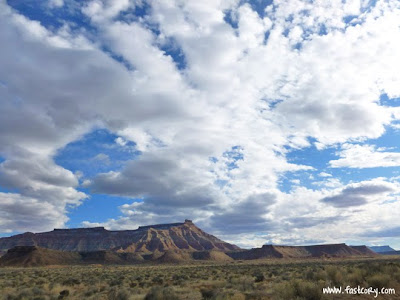 I was a little surprised how good I was feeling as the miles ticked by. The last few miles were some of my fastest. When I finished the run I was tired and sweating like a dog but still felt good. But it didn't tickle when battery acid salt was dripping into my eyes. 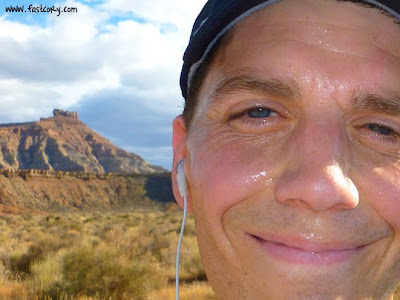 On the way home, the devil on my shoulder said I needed to stop at the gas station to buy a fat, ice cold Coke. I was slightly embarrassed because of my apparel. Nobody should enter a gas station wearing tights and flashy gaiters on their shoes. But a man's got to do what a man's got to do. So I stopped. 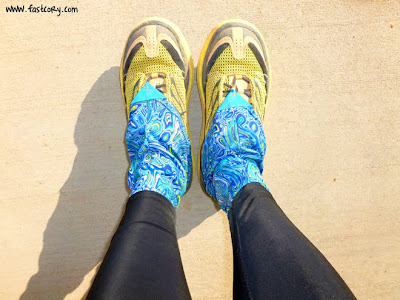 Friday, February 3rd 2012: 6 miles @ 10:49 minutes per mile. My legs and feet were feeling a little sore from the long run. Plus it was dark, windy, and cold and my body was upset that I dragged it out of bed so early.

What animals have you encountered while running?
I've seen tons of jack rabbits and cows plus a few snakes, frogs, and foxes.

What is your favorite mid-run snack?
I eat plenty of Gu, but I prefer real food. If Hostess Crumb Donettes qualify as "real food". I realize that is debatable.

Do you have soda on your list of bad habits?
Yes, I know it's not good for me but it's my one guilty pleasure. (Unless you count crumb donuts. Then I have two guilty pleasures.)
Posted by Cory Reese at 6:59 AM