Last week I mentioned scheduling a beginner trail run. I really wanted to show people firsthand the amazing scenery that is almost in our backyard. 15 people with varying speed and ability showed up and I had a blast with everyone. Some runners had never been on a trail before so I gave a few tips before we started:
A few runners wanted to take advantage of the views to get a jumping picture. Elizabeth Dansie was the first to put her rubber band legs to the test: 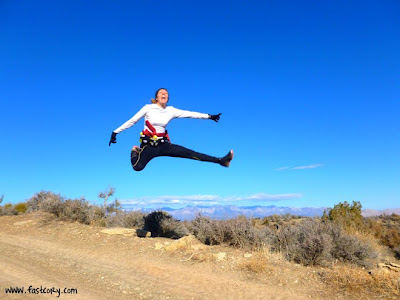 I was also impressed by the smooth finesse of Aimee Langston (with some loving coaching from her husband Josh in the background): 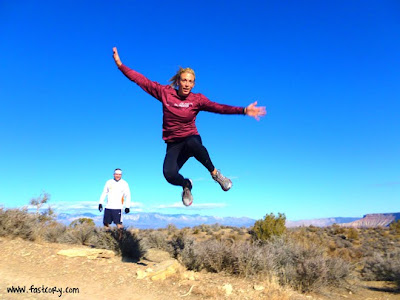 Followed by Ultraspire Cool Kid On The Block Cherie Santiago. She eats pogo sticks for breakfast: 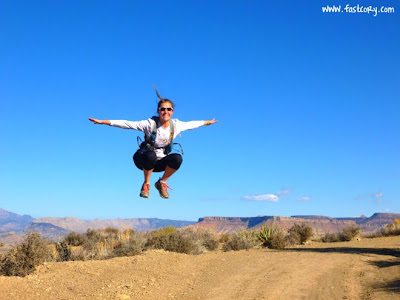 At the turnaround point some runners decided to go farther. I took a splinter group on a side trail to show them an amazing overlook. Thanks to the self-timer, you can't see that we're standing on the edge of a cliff. I am ever so grateful that my wife standing next to me decided she wouldn't push me off: 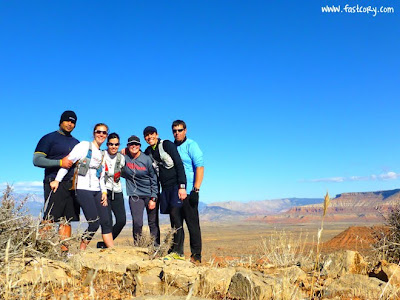 Cherie and Karrie Nielson were screaming down the trail so fast that I barely had time to take a picture of them mid-stride. This picture was in no way staged. I promise. No way. (At least by me.) 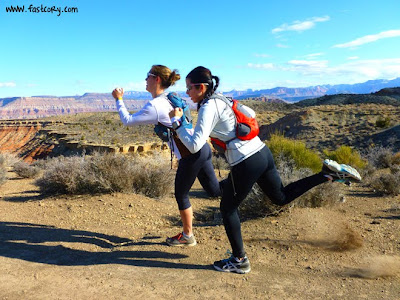 I had lots of fun talking with friends like Alex Santiago and Logan Murphy during the run. It made our seven miles go by very quickly. 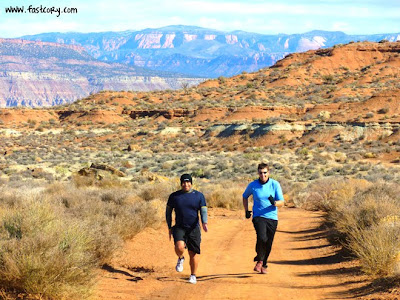 One of the runners suggested we should get a group jumping picture. We caught as much air as a jumping filing cabinet: 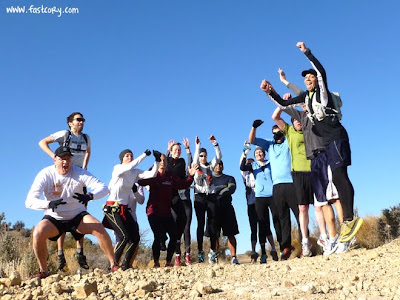 I can't figure out if my friend Jason Smith on the far left is Spiderman or a ninja. Either way, I wouldn't want to mess with him. I had so much fun on our totally casual, no-pressure, introductory trail run. The only thing that needs to be changed is to have donuts at the end. Next time. Next time.
Posted by Cory Reese at 6:50 AM