Friday night I got to take the kids to The Piano Guys in concert. Jon Schmidt on piano and Steven Sharp Nelson on cello started putting a handful of music videos on Youtube exactly one year ago and since then, they have hit around 88 MILLION views. This is the big leagues. This Coldplay song is one of my favorites, filmed in an area where I often run:


Click HERE to visit their Youtube page for more songs. I promise you won't regret it. My kids treated me like Justin Bieber when they learned that I have worked with both of these guys. (In my other life I'm also a piano player.) They were thrilled to hang out with Jon after the show: 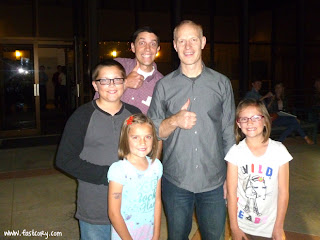 They were also amazed when they learned that Steve has played cello on a few of my CDs. They were ecstatic to see him after the show too: 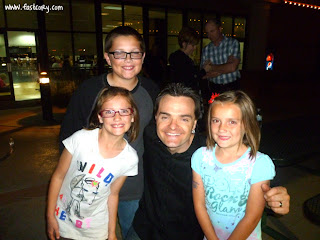 We had a memorable night together. All of us went home wanting to work harder at the piano.
Posted by Cory Reese at 12:04 PM