The Flies Tried To Eat Me

It's two weeks out from the Zion 100 and I'm surprised how good I feel. It only took a few days before I could see my ankles again. This has been such a vastly different recovery compared to my first 100 miler.

1) Last time, after I finished the race I threw up a few times, passed out a few times, and couldn't eat much for a few days. This time there was no vomit, no blacking out, and I was starving afterward.

2) Last time I really jacked up my knees and it hurt to walk or go up down stairs for a long time. This time I had a knee that was achy for a few days but then mellowed out.

I am so, so thankful that recovery has gone better this time. I managed to make it out for a few runs this week.

Wednesday, May 23rd 2012: 7 miles. I went to explore a new area, and let me tell you something my friends: this run was Miserable with a capital M. All the trails were pure sand. Plus the air temperature was hot enough to bake Snickerdoodles. But that's not the worst part. The worst part was:

VAMPIRE FLIES! I got out of my car and was immediately standing in the middle of a swarm of biting flies who thought it was hilarious to remove chunks of flesh from my legs, hands, and neck. Amid their feeding frenzy, I wondered how long it would take before I was whittled into a skeleton on the side of the road wearing a really ugly hat. 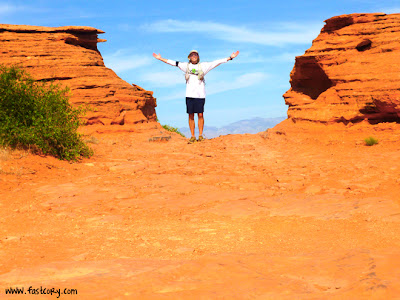 By the time I had climbed 1,000 feet up the sand, they started leaving me alone. There were a few cool views off on the horizon: 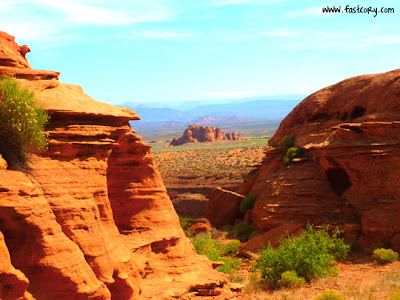 I strayed a little bit off the trail a few times and found this little arch with the only shade I saw all day: 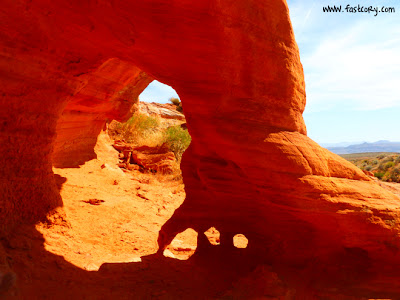 Even though I saw a few cool things, most of the run wasn't very scenic. It was just a bunch of sand, hills, and sage brush. Don't let the pictures fool you - there were only a few places worth taking the camera out. I doubt I will go back to this area (partly because I love my skin and I don't want vampire flies to remove it from my body). I'm glad I saw this view before I made it back to the car: 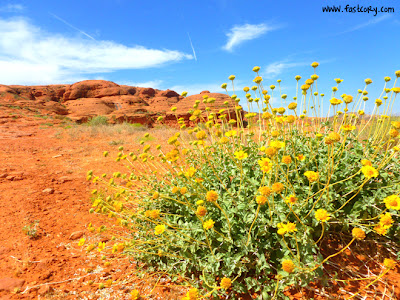 Saturday, May 26th 2012: 16 miles. I had the pleasure of meeting up with Travis and Ben who I ran most of the Zion 100 with. Even though that race was the first time I met these guys, we feel like old friends. This was my first time on the Barrel Roll Trail and the Rim Rock Trail. Rim Rock was easily one of the most beautiful trails I've ever stepped foot on. 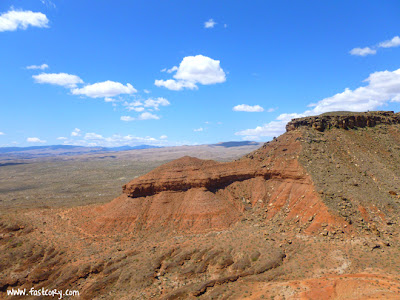 There is nothing like running along the edge of towering mesas with the desert floor far below. We also saw the biggest rock cairn this side of the Mississippi (and added a few rocks to the top). The only place it led to was off the cliff but I didn't see any corpses below: 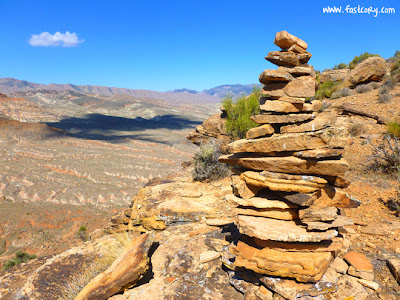 I still felt some residual fatigue from the 100 miler, but I kept thinking over and over how thankful I was to even be out running (let alone 16 miles on moderately technical trails) considering how slowly my body recovered after the Javelina Jundred. 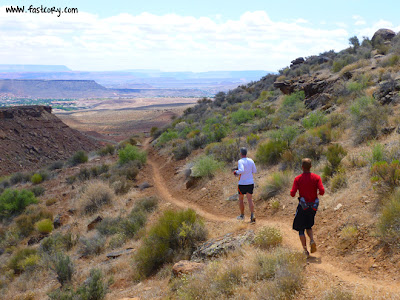 I look forward to running with Travis and Ben again and hopefully doing another race together. 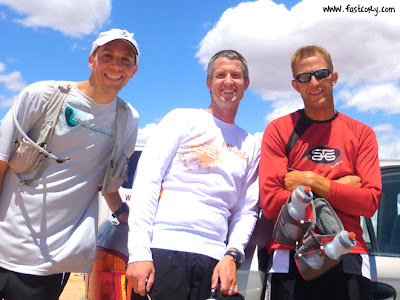 "If one could run without getting tired, I don't think one would often want to do anything else." ~ C.S. Lewis
Posted by Cory Reese at 8:02 AM