If God Was A Trail Runner

I don't train on Sundays, but this past weekend I was at Snowbird and broke the no-Sunday rule. Snowbird is a skiers paradise nestled in the Wasatch mountains of Utah. I was there for a work conference. I figured that the next time I was likely to stay at Snowbird was the day after, um.... never, so I headed out Sunday evening to explore a trail.

Thankfully I wasn't sore at all from the Utah Valley Half Marathon the day before. My path was the White Pines Trail. Within minutes I arrived at this cool waterfall:

When God was creating the earth, he put a lot of effort into this area. If God was a trail runner, I think he'd be spending most of his time on this trail. It had plenty of rocks and roots and stream crossings and lots of climbing. Heaven. 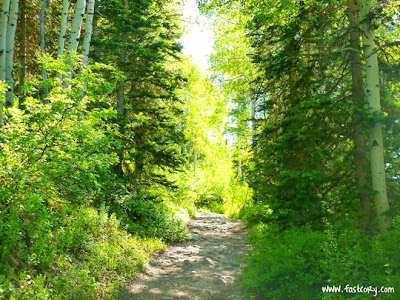 There was another trail called Red Pines. I asked a hiker if he would recommend Red Pines or White Pines. He said White was more challenging but more beautiful. Sold! He also said there was some snow up the trail, but I figured it wouldn't be much because the weather at the start was perfect. 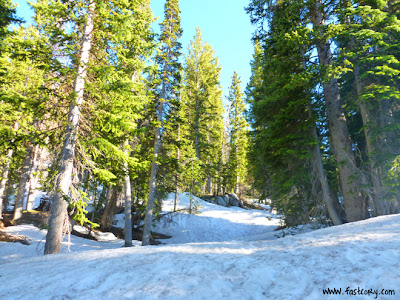 It felt like climbing a vertical ice skating rink. In some steeper parts I saw that people just slid down on their rear end because that was easier. I didn't realize until I turned around that they probably didn't choose to slide down. They just fell. I ended up sliding down the snow multiple times. 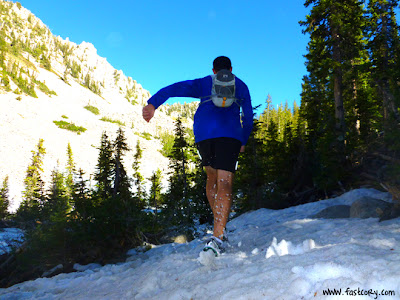 These weren't little sissy patches of snow either. It was deep! Here is my proof: 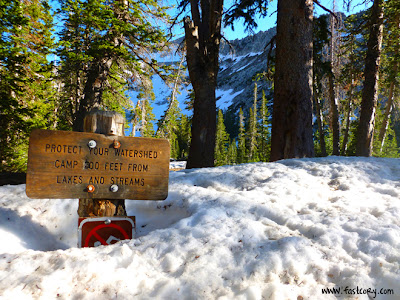 After about an hour and 45 minutes I reached White Pines Lake. I would have loved to stay at the top a little longer, but I just took a few quick pictures because I was chasing daylight and didn't want to get suck on the mountain in the dark. 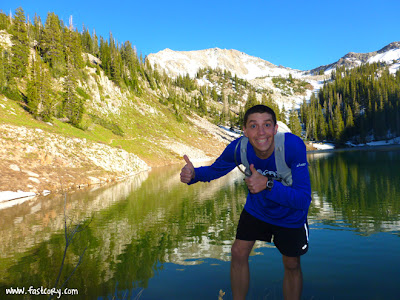 Seeing the mountain light up as the sun started to go down was incredible: 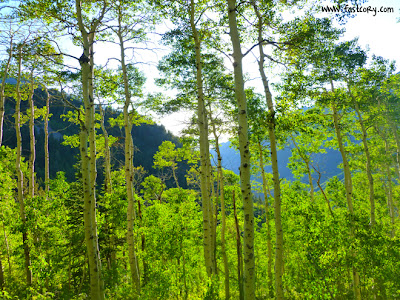 After three hours I got back to my car filthy from rolling around in the snow and mud. No GPS but I think I covered around 7 miles. Curse the sun going down! I wish I could have stayed out there all day. White Pines ended up being one of the most amazing trails I've ever set foot on. 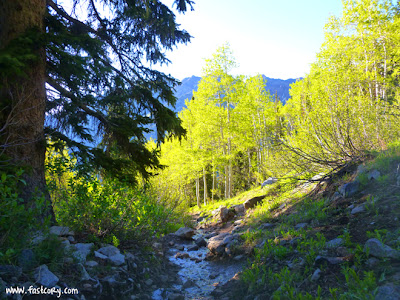