I have no cool pictures from the trail to show you as a recap to last week's running. There are a few primary reasons for this:

I thought I'd tell you about some races I have coming up in the next few months:

Buffalo Run 50 Miler on March 23rd - I ran this one last year and had a blast. (Race report HERE.) I think a 50 miler is the perfect race distance. I'm going to approach it as a training run for the next race a month later. 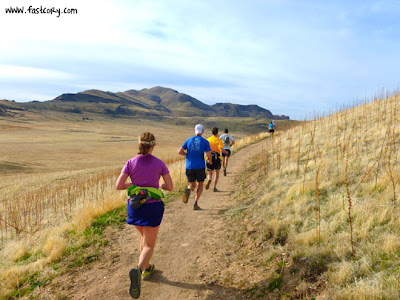 Zion 100 on April 19-20th - Finishing this 100 miler last year was undoubtedly the hardest thing I've ever done. (Race report HERE.) I am spoiled to live within minutes of the course and do all my training here. I couldn't pass up doing a 100 miler on my home turf.

Bryce 100 on May 31-June 1st - Bryce Canyon is one of the most beautiful places on earth. Matt Gunn, the race director of the Zion 100 is also putting on the first ever Bryce 100 six weeks after Zion. This sounded too fun to pass up. 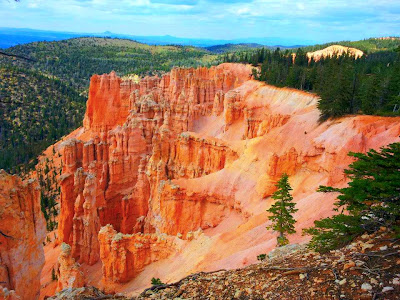 I am nervous to attempt a 50 miler and two 100 milers within this relatively short amount of time. But I read an article in Running Times called "Resolutions For Serious Runners". One of the resolutions was "Enter Something Scary". It says:

"Whether it's a mountain marathon or a mile on the track, try an event that frightens you - and where you might be awful. 'Most people set goals they are 100 percent sure they can hit,' says sport psychologist Dr. Stan Beecham. 'It's better to set a goal you are only 60 percent sure you will make. The more challenging the goal, the more engaged you will be.'"

So there you go. I truly want to get better at 100 milers. And no matter what you do in training, there is ABSOLUTELY NO WAY to replicate what that second half of the race feels like. I think the only way you can get better at 100 milers is to run them. So that's my goal. It meets all the Running Times qualifications. My goal frightens me, I might be awful, and I'm only 60% sure I will achieve it. I can't wait to try!

So now I challenge you: take a risk and enter something scary! Go on.....click that Register button!
Posted by Cory Reese at 7:45 AM